The Anti-Semite with Sparkling Pink Lipstick 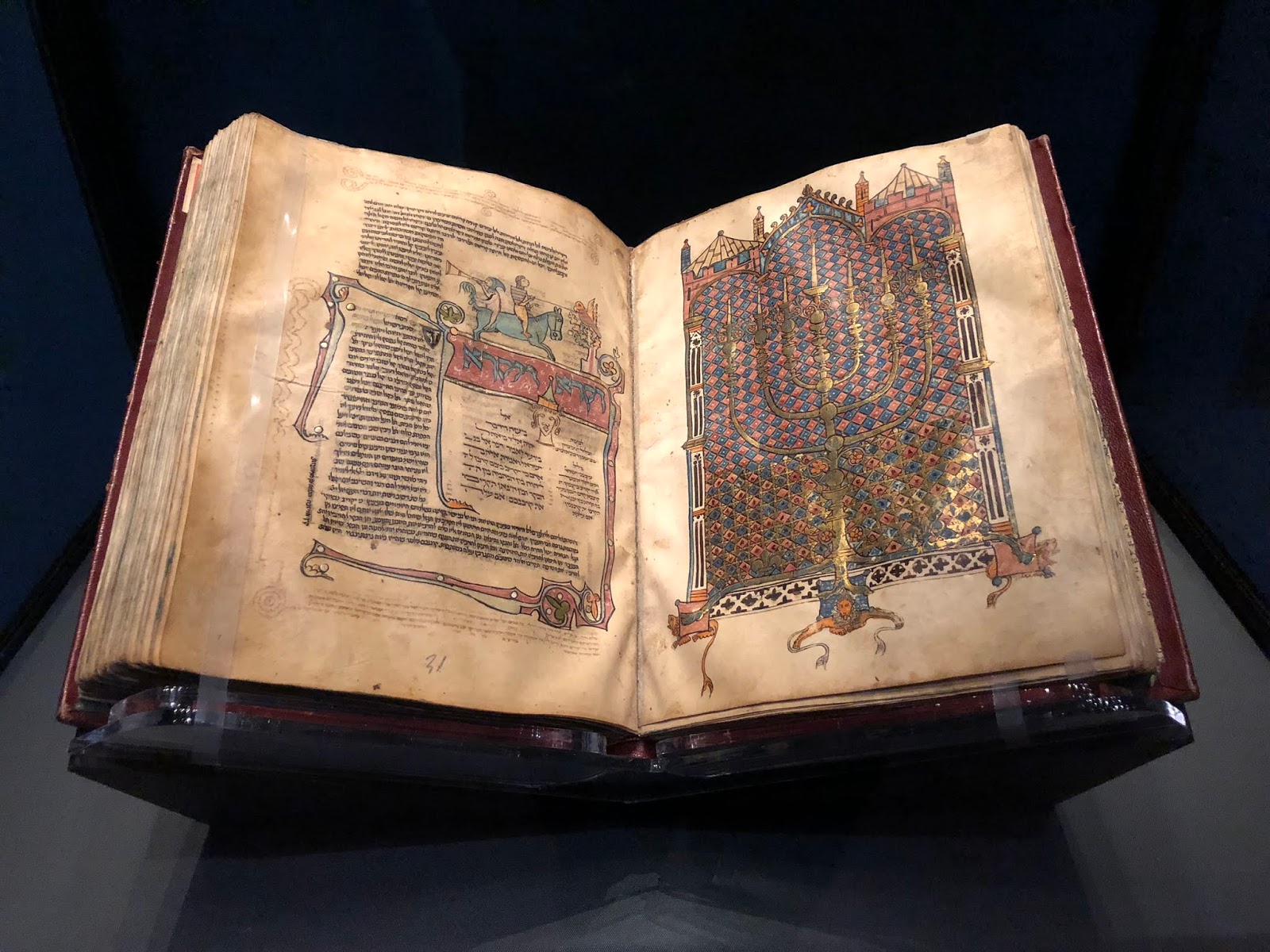 High Holidays visitors to the Getty Museum can view the newly acquired Rothschild Pentateuch (1296), one of the most spectacular of medieval Hebrew manuscripts. The Pentateuch was the collaborative effort of two Jewish scribes (Elijah ben Meshallum and Elijah ben Jehiel) and an unknown illuminator who must have been Gentile, probably German or French. The Getty is presenting the Pentateuch next to a 9th-century Qur'an from Tunsia and a 15th-century Christian Bible from Germany. 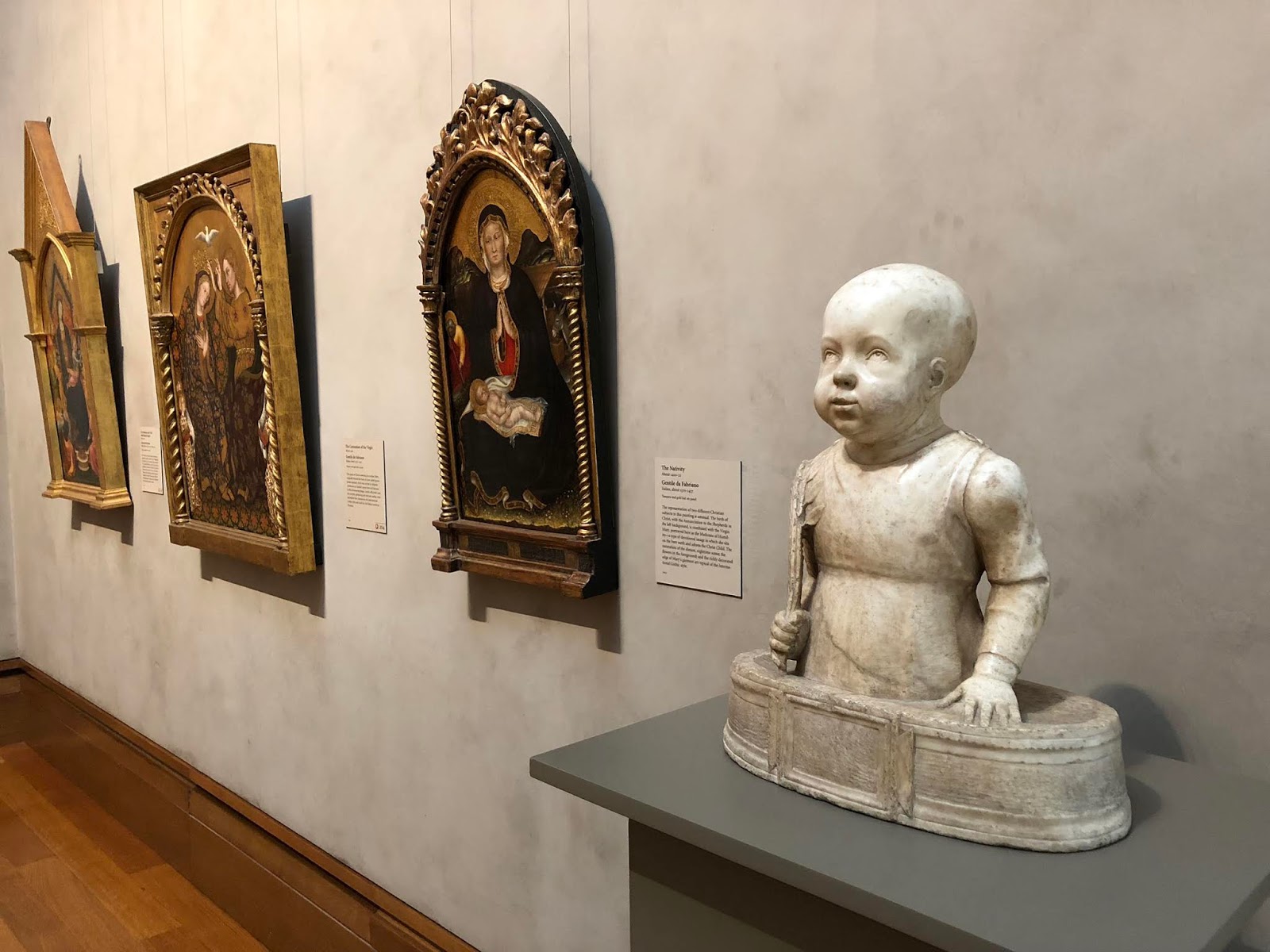 Can't we all get along? Let's hope so; but for an opposing view, consider the new, dark, and weird interpretation of one of the museum's Renaissance sculptures. In 1996 the Getty bought a marble bust of a palm-holding child, apparently the work of Francesco Laurana. The Getty has long identified the subject as the obscure 4th-century Saint Cyricus, a child who was chopped in half and boiled in a caldron because his mother refused to worship pagan idols. 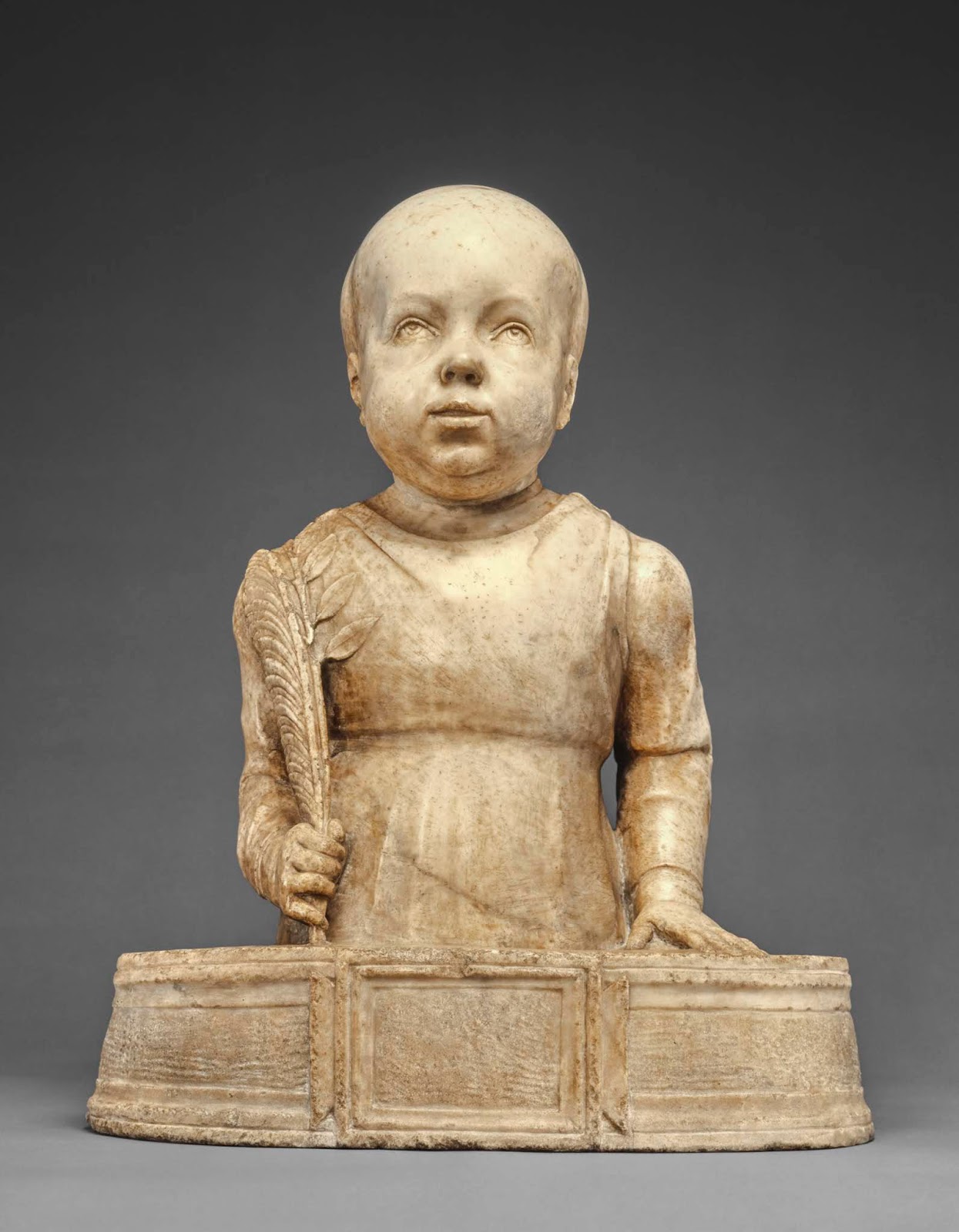 New scholarship by UC Riverside art historian Jeanette Kohl argues that the bust is in fact that of Simon of Trent, a murdered child who became the focus of one of the most notorious blood-libel cults. Kohl proposes that Simon is represented standing in a bucket of his own blood—supposedly drained to bake matzah for Passover. The surface of the "blood" may have originally been painted red.

Kohl published her analysis in the Getty Research Journal with the title, "A Murder, a Mummy, and a Bust: The Newly Discovered Portrait of Simon of Trent at the Getty." The Getty's gallery label has been changed to identify the subject as Simon.

Simonino of Trent (a town in Northern Italy) was a 2-1/2-year-old boy who went missing on March 23, 1475. His mutilated and apparently tortured body was discovered on Easter day, in a sewer. The town's Christians blamed the Jews for the death. Over the next few months, and despite no credible evidence, the men of Trent's Jewish community were executed by hanging, and the women were expelled from the town. 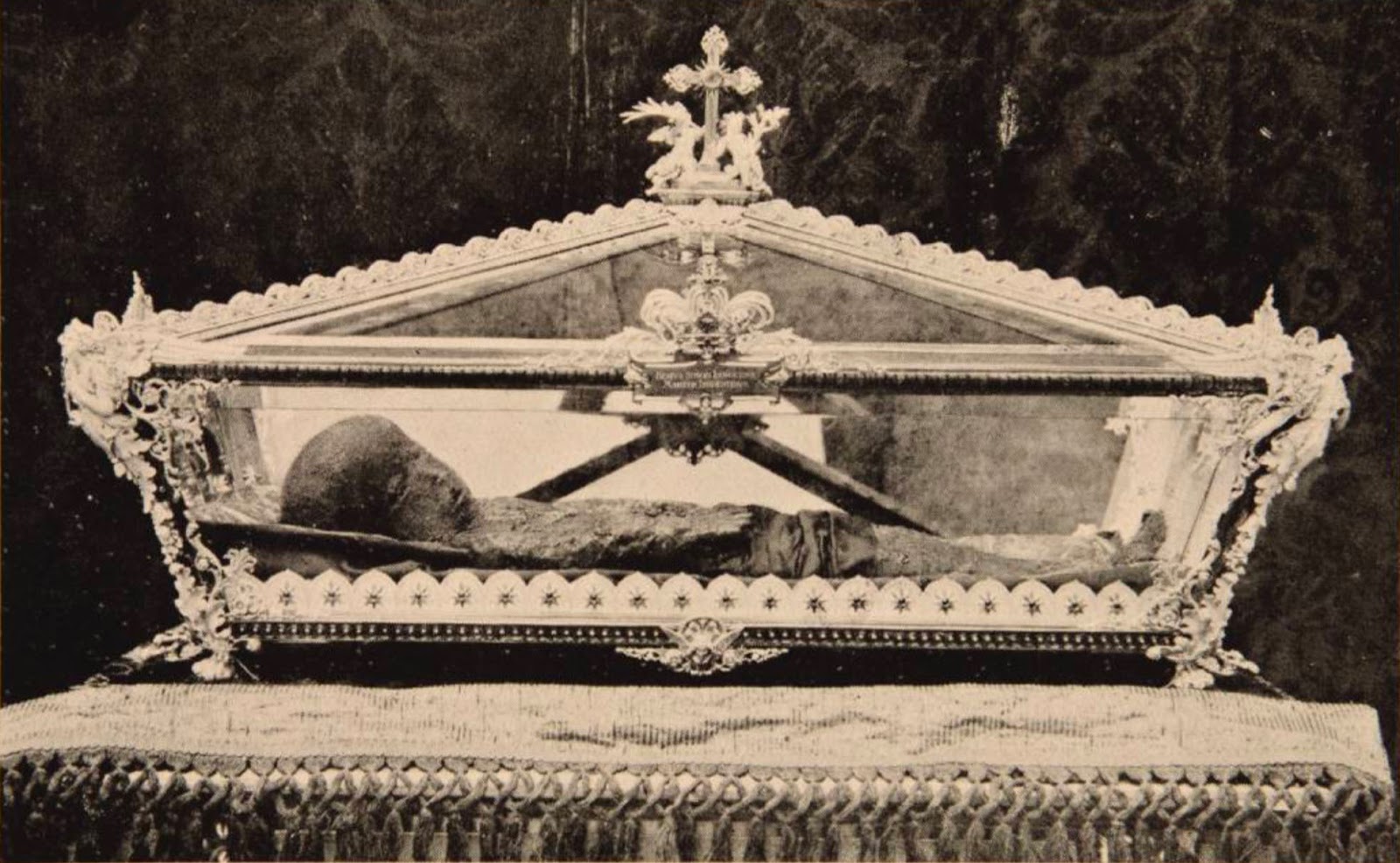 Simon's corpse was said to work miracles. Trent became a profitable pilgrimage site, with Simon's mummified body displayed in a crystal coffin. The Popes stopped just short of declaring Simon a saint, and the boy's endlessly rehashed legend perpetuated anti-Semitism throughout Europe. Inexpensive prints were sold to pilgrims.
Not until 1965 did Pope Paul VI outlaw the cult of Simon. The mummy-child was finally given a decent burial. The notoriety of the Simon cult may have led to the Getty bust coming on the market without information about its subject. The Getty website traces the provenance to "1950s-1995." When owner Georges Saalman died in 1995, his widow placed the sculpture on consignment at Sotheby's London, and they sold it by private treaty to the Getty the next year.
The bust seems to be unique as a sculptural representation of Simon. Kohl is somewhat more guarded about the Laurana attribution however (which is still accepted by the Getty label and website). Laurana is admired for the "abstract," otherworldly qualities of his bust portraits. Some have a base much like the Getty's bucket of blood(?) Compare the Frick Collection's not-at-all-gruesome Bust of a Lady. Laurana's portraits favor the egghead proportions of movie ETs—but so did Simon's mummy, according to photos. In her article Kohl attributes the bust to "Northern Italian sculptor (or Francesco Laurana)."

With the bust of the child “martyr” Simon of Trent, the Getty has a unique and remarkable piece of Quattrocento sculpture in its collections. It is a major work of art, directly related to one of the most consequential and spectacular anti-Semitic blood libels in European history.… Some areas, such as the chest, forehead, and top of the head, “are polished smooth from handling”—typical of objects being touched and kissed by the faithful, which attests to a devotional cult that probably went on over a long period of time. An unknown visitor to the Getty seems to have recognized the much-venerated child, although at that point it had lost its “identity.” In the late afternoon hours of 22 July 1999, this particular bust of Simonino of Trent received what was probably its last act of religious devotion, unnoticed by the guards in the North Wing galleries. When a security officer made his rounds in the evening, he found sparkling pink lipstick on the bust—“someone had kissed the sculpture.”
Email Post
Labels: Eligah ben Jehiel Elijah ben Meshallum Francesco Laurana Getty Museum Jeanette Kohl Rothschild Pentateuch

truthaboutislam said…
Long-time back mankind was not able to understand certain data present in the holy Qur’an due to insufficient scientific knowledge. But today due to enhancement in proficiency all verses of Holy Quran And Science citings are being drafted in almost any language.
October 6, 2020 at 6:22 AM