"Watching Socialism" at the Wende

In the East as in the West, the proletariat preferred entertainment. The Wende assembles clips and artifacts from Eastern Bloc sitcoms, cartoons, news shows, soap operas, and artist's interventions. Many in the East could pick up broadcast signals from the West, and influences ran both ways. 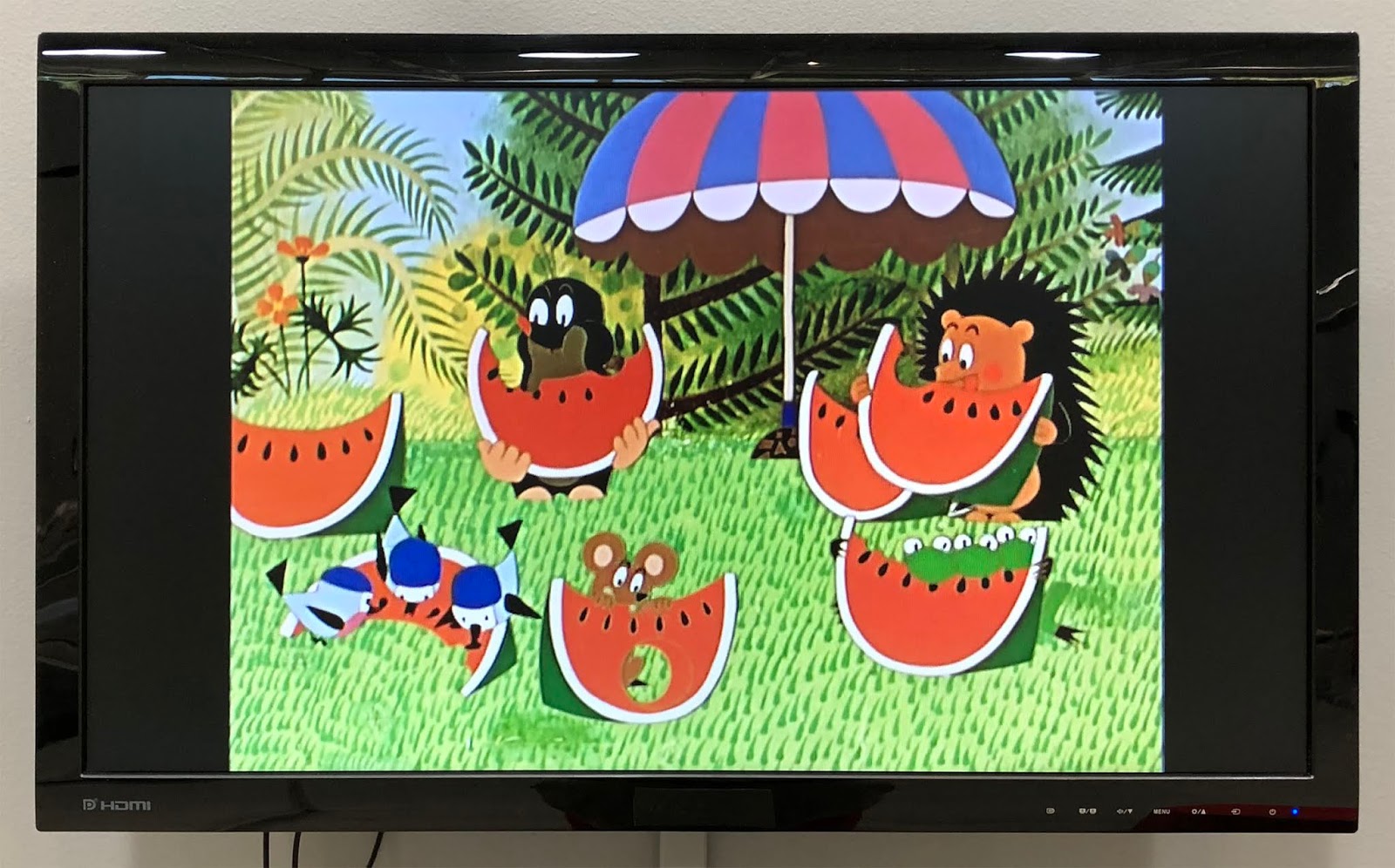 An example is Krtek, the cartoon mole created by Czech animator Zdenek Miler in 1956. Miler was well aware of Disney's Mickey Mouse. He made a franchise out of a molehill (literally: he stepped in one). As farmyard vermin, Krtek isn't cute—he's just drawn that way. Krtek inhabits a background rhythmic with beats and angles, a visual utopia informed by Henri Rousseau and the Fauves. 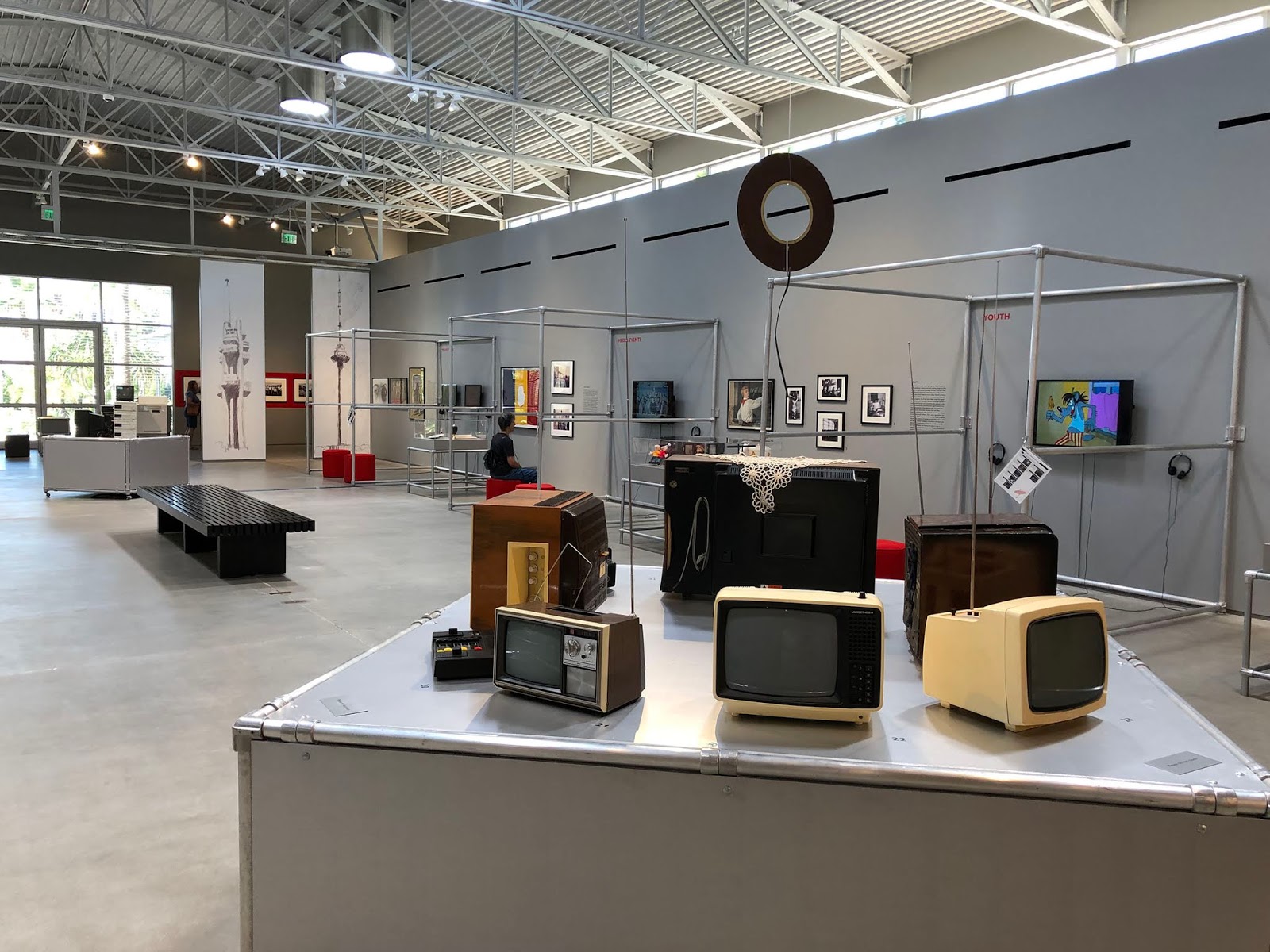 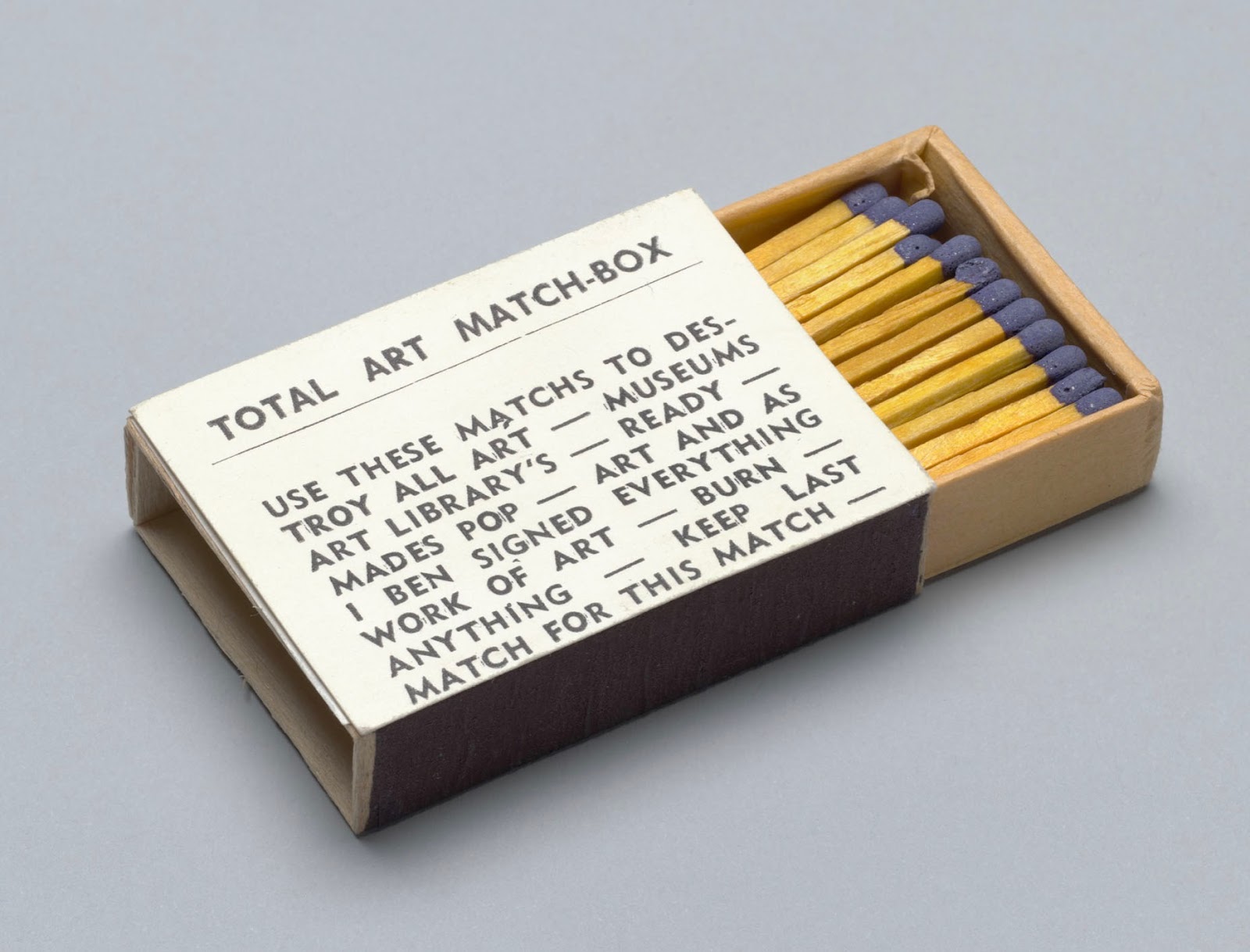