Who Got the Better Basquiat? 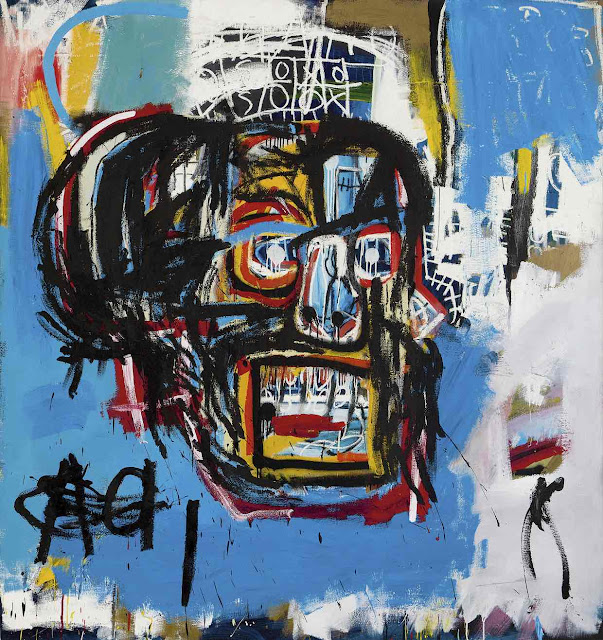 One index of the fevered art market is that the untitled 1982 Jean-Michel Basquiat that just sold for $110.5 million at Sotheby's is being described as the most expensive American artwork ever sold at auction. Though bigger prices have been paid privately, Basquiat's auction record tops Winslow Homer, Georgia O'Keeffe, Andy Warhol, and, uh, Norman Rockwell. Another distinction: Basquiat was 22 the year he painted it. "My kid could do that?" Someone's kid did do that.

This raises the question of how the auctioned painting (bought by Yusaku Maezawa) compares to another large Basquiat skull painting in the Broad collection (below). The Broad painting is somewhat larger and a year earlier (1981). It's known that the artist worked on it for months in anticipation of his first gallery show. The Broad painting is considered to be the archetype of later skulls, which were often executed in a few days. Of course fast isn't bad for an artist whose work is about spontaneity.

Fast also means that Basquiat did quite a few paintings with a skull or mask-like head as the main motif. They're not in museums, as the Basquiat market has levitated far beyond the range of acquisition budgets. That means that further skulls will inevitably come to market. 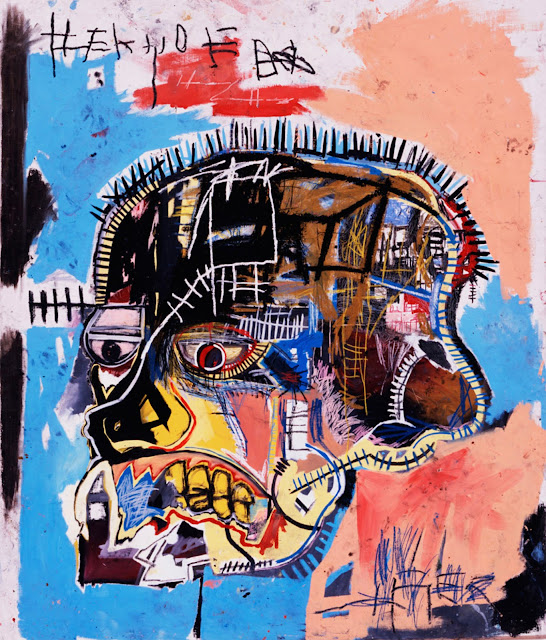 The Dreamer said…
I would say the Broad's Basquiat is more impressive. It looks more fully realized in both vision and execution.
June 15, 2017 at 9:40 AM