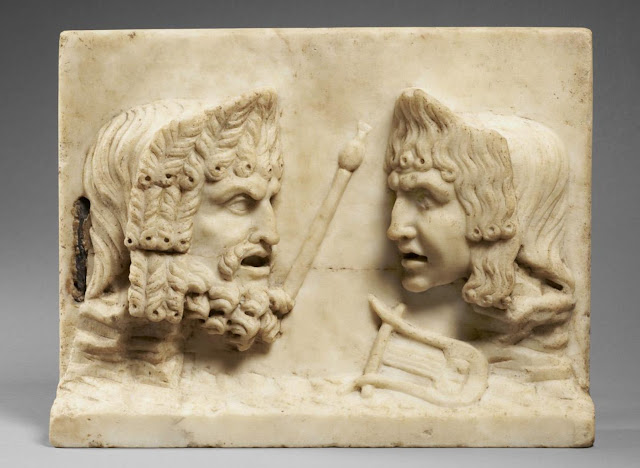 The Getty Museum has acquired a Roman Relief with Theatrical Masks. Formerly owned by French novelist and playwright Henry de Montherlant, it was auctioned for 629,000 Euros, ten times the estimate, on Nov. 7. The auction house (Artcurial, Paris) dated it 2nd-3rd Century AD. The Getty now identifies it as a first-century work, of a type used in the decoration of Pompeian gardens. It will be displayed in the Getty Villa's newly installed room devoted to "The Roman Villa."

Just over a foot wide, the marble sculpture shows two actors wearing masks. The opposite, low-relief side depicts a Silenus. 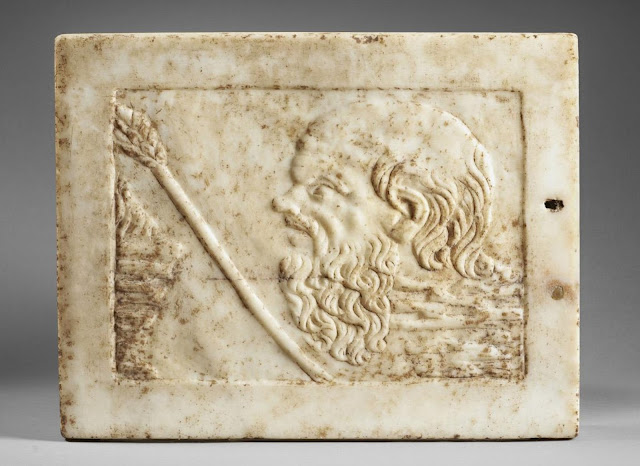 Similar reliefs were displayed outside in gardens, supported by carved pilasters. Below is an example at Pompeii's House of the Golden Cupids (Stanley A. Jashemski photo, 1968). 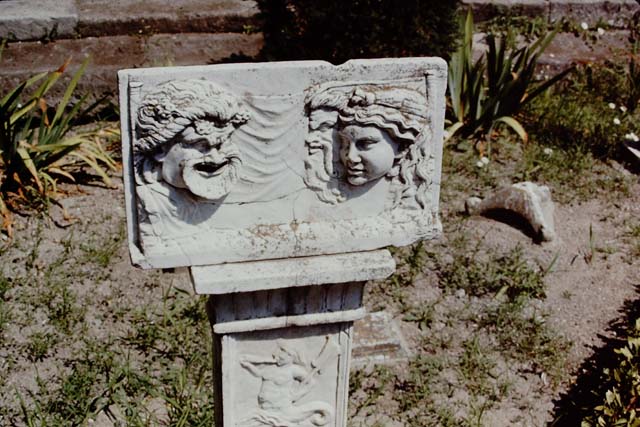 Such works must have demonstrated their owners' appreciation for the deceptions of art and life. Epicurus wrote: "We are all play-acting to each other and need no larger theater."
Email Post
Labels: Getty Museum Getty Villa Pompeii 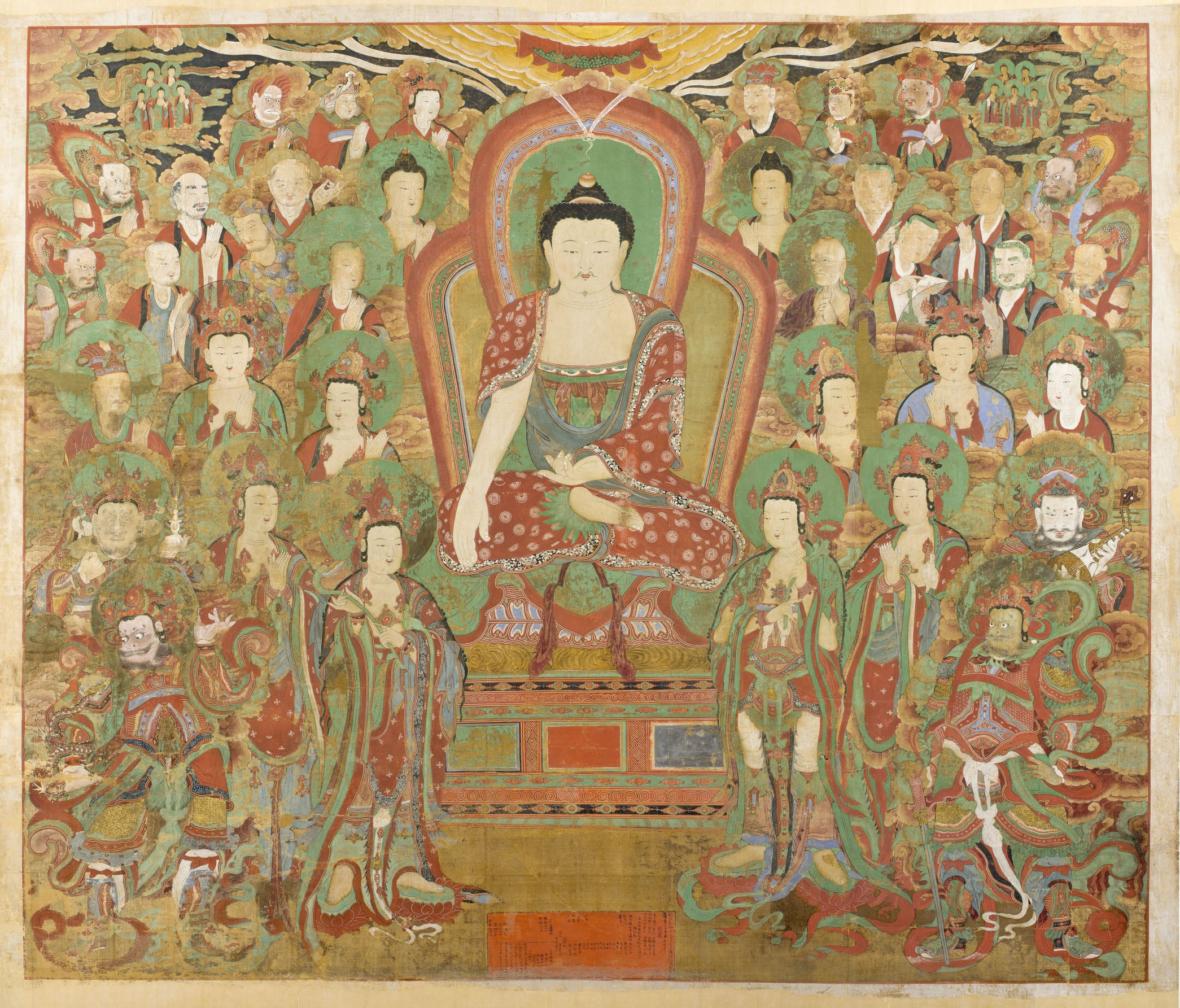