Jean-Michel Basquiat admired Doyle’s work so much that he traded an entire show of his own art for two Doyle paintings. (Go figure the valuation with today’s Basquiat prices.) Another big fan is Ed Ruscha. After Doyle’s 1985 death, he did a tribute painting, Where Are You Going Man? Now in the Broad collection, it’s an L.A. street grid with text in Gullah dialect. 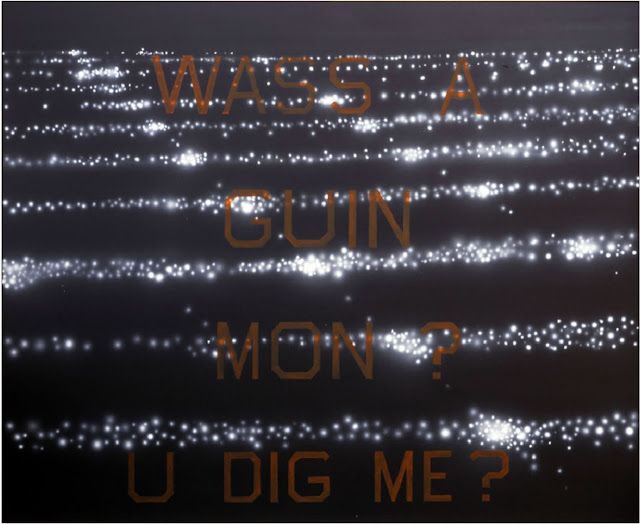 One artist in the CAAM show was recently the subject of a Robert Wilson opera, Zinnias: The Life of Clementine Hunter. Wilson met Hunter and collected her work. Below is a Stephanie Berger photo of the opera’s premiere at Montclair State University, New Jersey, in early 2013. 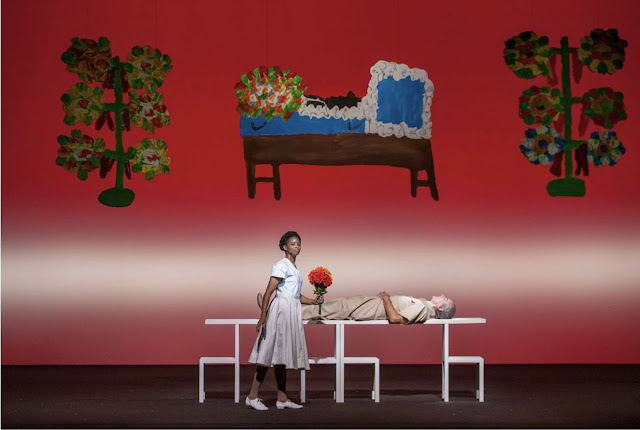 Among Hunter’s best-known images is Cotton Crucifixion, one of a group of politically charged paintings of a black Christ. The version in the CAAM show (lent by L.A. collector Gordon W. Bailey) has a fauve energy achieved with the most literally economical of means. 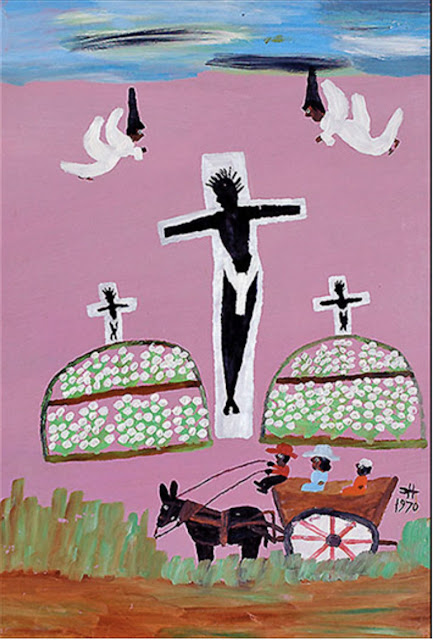