LACMA is previewing "50 for 50," an installation of gifts, mostly promised, in honor of the museum’s 50th anniversary. Opening this Sunday, April 26, it will be free to all that day only. Many of the biggest donations have already been covered in the media and this blog. In this post I will focus on gifts that haven’t thus far received attention. (Above, a 1970 Donald Judd tension box promised by Pamela and Jarl Mohn.) 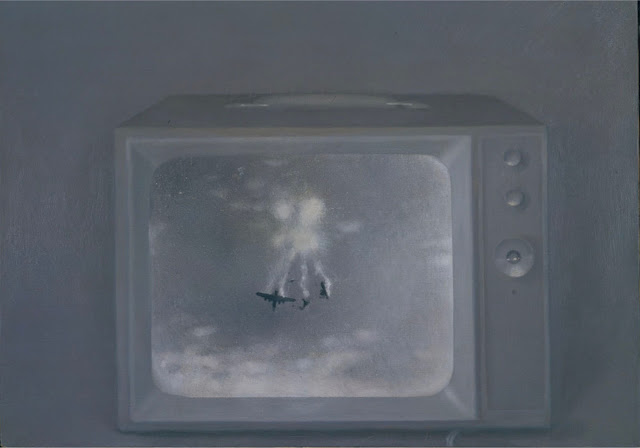 The Sixties Generation: Steve Tisch is pledging one of the greatest paintings of the 1960s that’s not yet in a museum—Vija Celmins’ T.V. (1964). It’s from Celmins’ L.A. period, and it’s even better than MoMA’s Gun, from the same year. 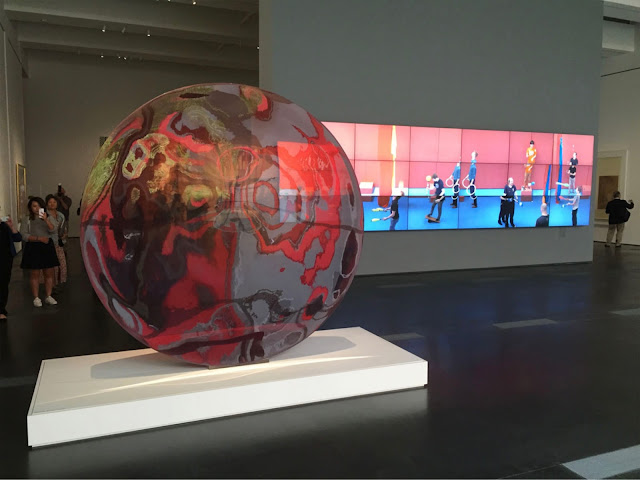 The museum is clearly making an effort to ensure that every major 1960s-era L.A. artist is properly represented. Bank of America has donated DeWain Valentine’s 1970 Red Concave Circle (above, with David Hockney‘s The Jugglers). The Hyundai deal made possible the acquisition of Robert Irwin’s Miracle Mile (not in "50 for 50" but on view in BCAM’s ground floor) and James Turrell’s Light Reignfall (psychedelic centerpiece of the 2013 Turrell show). The Panza family, locally associated with MOCA, have donated three Bruce Nauman holograms, two on view. They were conceived as part of LACMA’s Art and Technology project.

Suzanne Kayne is giving a 1995 Rauschenberg acrylic on mirrored aluminum that will be the museum’s first painting by the artist. And as reported elsewhere, Jane and Marc Nathanson are giving an impressive group of New York Pop works, including a Warhol Double Marilyn, a late Lichtenstein Interior, and what will be LACMA’s first Rosenquist. 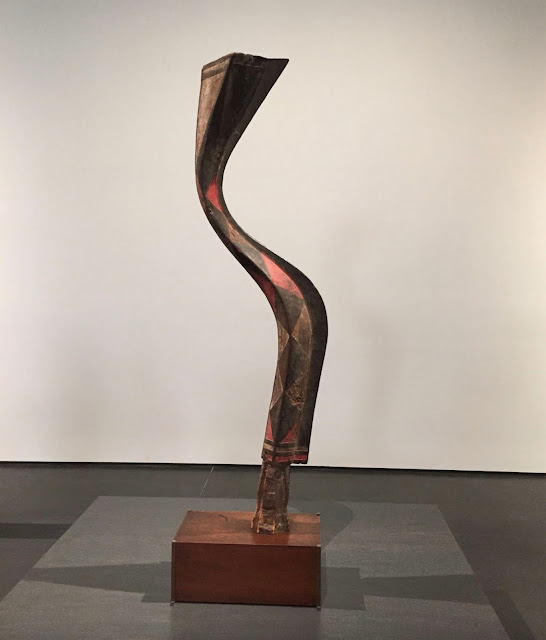 Africa: There are three major gifts of historic African art, all transformative for the the museum’s small collection. The people’s choice is an 18th- century Serpent Headdress from the Baga peoples, Guinea, pledged by video game entrepreneur Bobby Kotick. It is one of eight such headdresses collected by Hélène and Henri Kamer in 1957. Others are at the Met, the Menil, and the Louvre. Formerly owned by Pierre Matisse, it was auctioned—as “A Magnificent and Highly Important Baga Serpent”—by Sotheby’s in 2008 for $3.3 million. 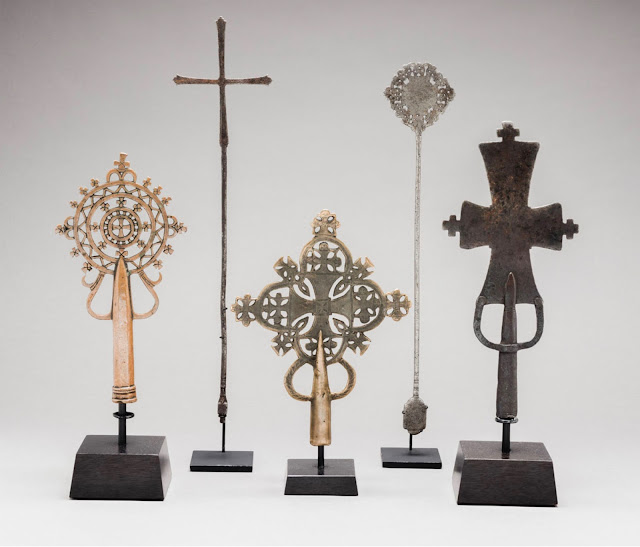 The museum is debuting a unique set of Ethiopian crosses in bronze and iron, dating from the 13th to the 16th centuries. Three are Byzantine- intricate, one is super-minimal, and one is winningly folksy. Few American museums have anything of the kind. (This is a gift of the museum to itself, bought from deaccession funds.) Also on view is a Kota/Ndassa Janus Reliquary, of mid-19th century, promised by Terry and Lionel Bell. 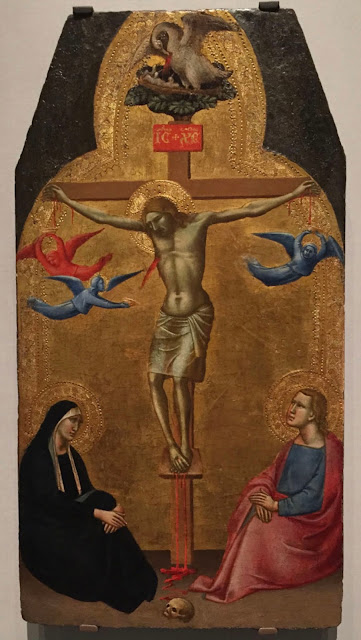 Europe: The big news is gifts by the Resnicks (Memling, Giambologna, Boucher, Ingres) and Jerry Perenchio (Impressionist and modern); plus that Bernini portrait bust bought with Ahmanson funds.
There’s more! Suzanne Deal Booth is promising a rare panel painting by Taddeo Gaddi, the collaborator of Giotto’s. Crucifixion with the Madonna and Saint John the Evangelist, c. 1360, was auctioned by Sotheby’s in 2000, going for over four times the estimate ($690,000) on the strength of its condition and provenance. It had been owned by sculptor René de Saint-Marceau, whose salons were attended by Claude Debussy and Maurice Ravel. There is no Gaddi in an L.A. museum. 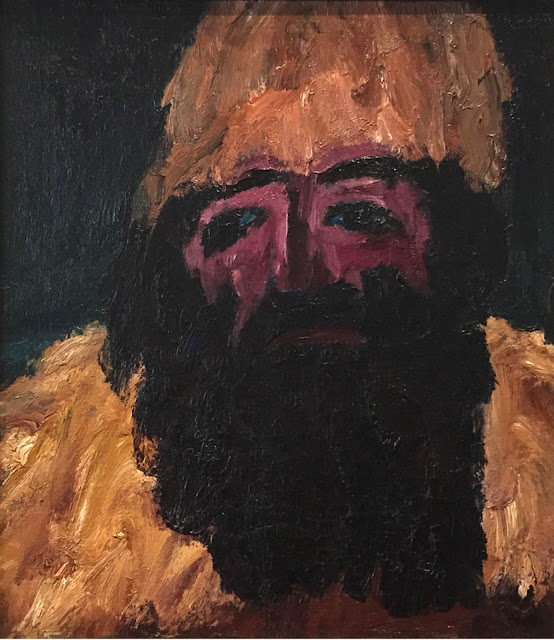 The Smooke family collection is considered to be one that LAMCA “lost.” But Terri and Michael Smooke have promised a painting by Emil Nolde, Russian II (about 1914). It will join many Nolde works on paper, but only one early painting, in LACMA’s presentation of German Expressionism. 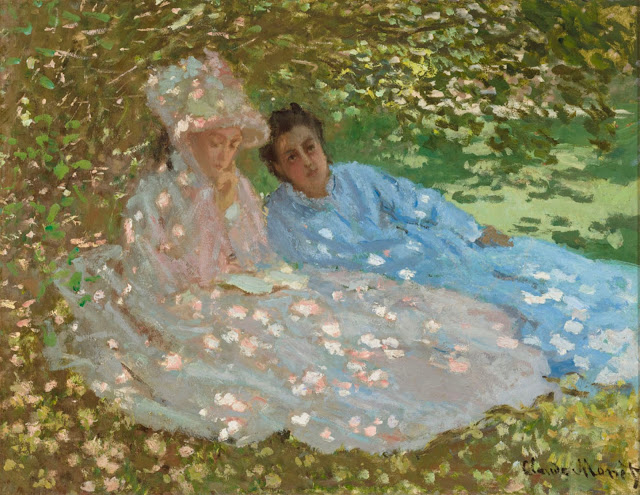 Perenchio isn’t the only collector pledging a great Monet. Wendy and Leonard Goldberg have promised Monet’s Two Women in a Garden (1872- 3). LACMA has no Monet from the classic Impressionist 1870s. In this one, sunlight casts disco-ball highlights on figure and ground.

Perenchio is the elephant in the room. He is promising almost 50 Impressionist and modern works. To make things interesting, the gift is contingent on LACMA tearing down the museum and building Zumthor’s replacement before the clock runs out. "50 for 50" presents a mere tease of the Perenchio collection. There are six works, not necessarily the six most important. "50 for 50" includes the superlative Degas pastel, At the Café-Concert, and a counter-intuitive Vuillard in the same medium, Sacha Guitry in His Dressing Room. 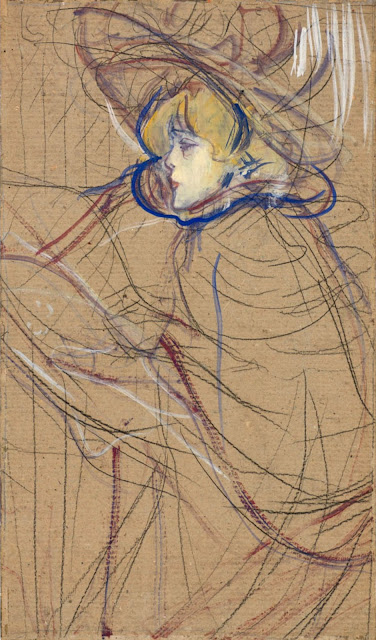 I’ll reproduce two female portraits from the Perenchio collection that have so far eluded the paparazzi: Toulouse-Lautrec’s study of Jane Avril, and Kees Van Dongen‘s Before the Mirror (c. 1911). 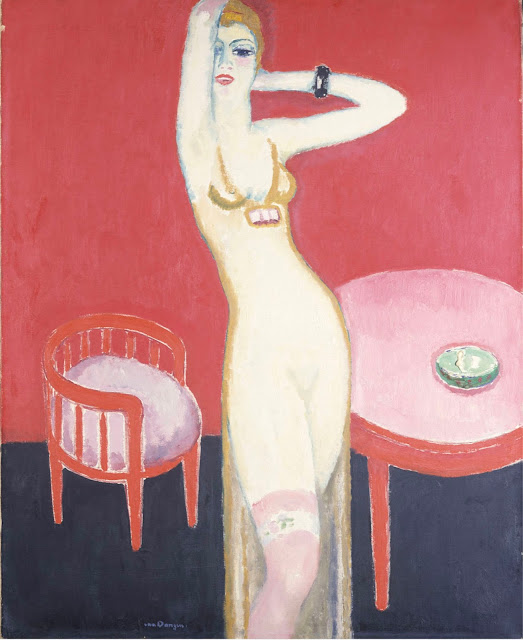 America: LACMA has few 20th-century works by African-Americans, and practically nothing by self-taught artists or those active in the South. That is set to change with five works by Sam Doyle, Josephus Farmer, Clementine Hunter, Herbert Singleton, and Purvis Young, all promised by Gordon W. Bailey. In this area, LACMA stands to go from zero to hero. 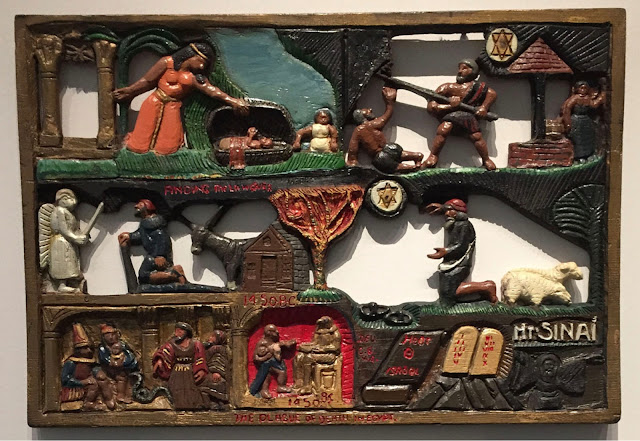 Bailey lent the paintings in the museum’s recent Sam Doyle show. The Doyle in "50 for 50" is a portrait of the Dodgers’ Jackie Robinson. Shown above and below are painted reliefs by Farmer (The Plague of Death in Egypt, 1970s) and Singleton (Who Do We Trust, 1990s). Elsewhere these artists are mostly encountered in museums dedicated to folk or African-American art. When these pieces come to LACMA, they will be displayed in the context of an encyclopedic collection. For now "50 for 50" offers the opportunity of seeing a Singleton in the same room as a Donald Judd and a Young hung next to a Hans Memling.

Latin American art: The Casta painting by Miguel Cabrera made the front page of the L.A. Times. It’s displayed above a lacquered trunk, from the same nation and century, given by Ronald A. Belkin. 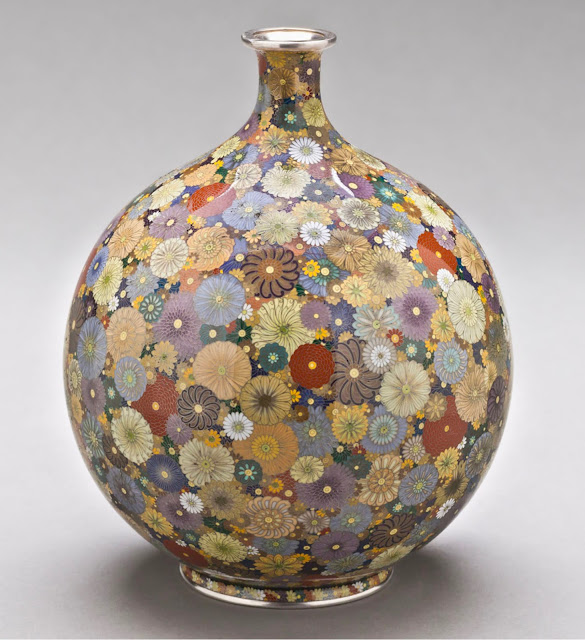 Asia: LACMA is weak in Chinese painting. Sharon and Robert Blumenfield have given a Ming portrait by Zhang Hong (1626). The artist created the remarkable album of garden landscapes already in the collection. There is a set of five exceptional fin-de-siecle Japanese cloisonné vessels promised by Donald K. Gerber and Sueann E. Sherry. Below is a chrysanthemum jar by Hayashi Kodenji, c. 1900. 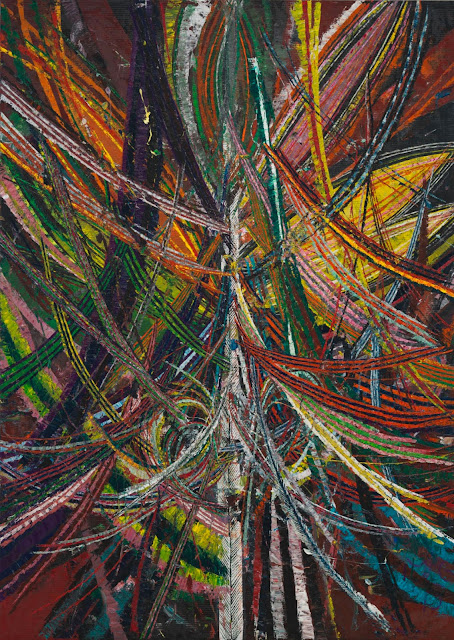 Contemporary Art: Among the gifts are a Glenn Ligon coal dust painting, Kiki Smith’s Jersey Crows (1995, in BCAM and outside in the garden), and a large Mark Grotjahn that was recently in the museum’s “Variations: Conversations in and Around Abstract Painting.”

Oceania, Photography, and American Design: The East Coast still pegs Los Angeles as the land of cars, surfboards, and the beach. Well... LACMA has been promised the Holy Grail of surfboard history, Duke Kahanamoku’s redwood board, c. 1920s. It’s part of the Mark and Carolyn Blackburn collection of 5,000 vintage photographs of Polynesia and documents of surfing as a cultural phenomenon.

For most of its history LACMA has relied on a few angels, often women, who funded needed acquisitions. Meanwhile a succession of alpha male collectors commanded the limelight, gave LACMA directors and curators the most grief, and didn’t always donate their collections. "50 to 50" suggests that LACMA is moving to a constellation of supporter-collectors with smart, diverse, and adventurous tastes. Thumbs up to that. 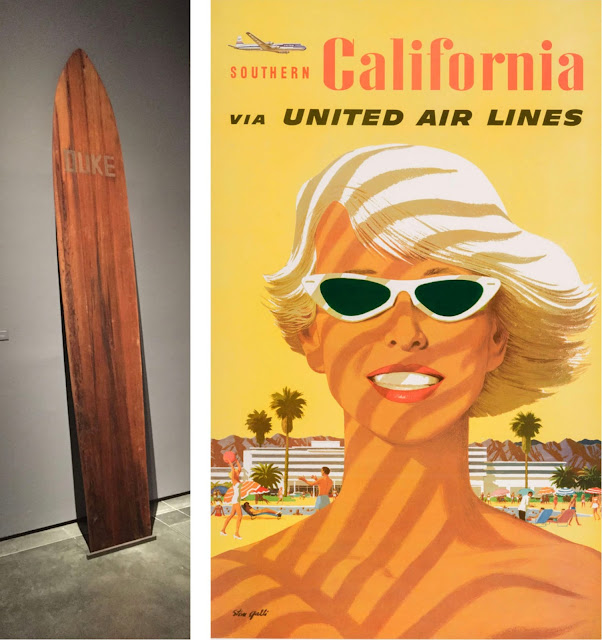