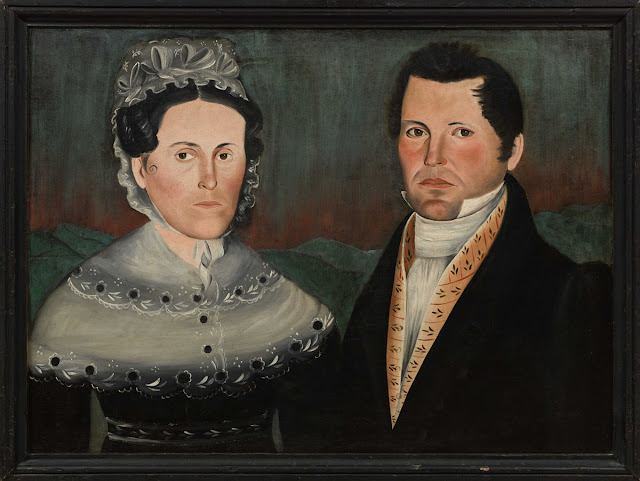 The Huntington's current expansion of its Virginia Steele Scott Galleries of American Art began on the heels of the last expansion, for American modernism. Last year I speculated that the new galleries, to be devoted to earlier art, were motivated by the gift of the Gail-Oxford collection of decorative arts. I was half-right. The new Frederick Fisher-designed space, about 8600 sq. ft., is to be known as the Jonathan and Karin Fielding Wing. It will feature works, some promised gifts, from the Fieldings' collection of 18th and early 19th century American paintings and furniture, much of it in the folk art mode. Meanwhile the Gail-Oxford works, which also include self-taught art, will be displayed in the original Scott Galleries. There is no substantial display of American folk art in Los Angeles, so these new installations will considerably broaden the region's American art offerings.

Among the Fielding works is Sheldon Peck's Portrait of Samuel and Eunice Judkins, Ulster County, New York. When not painting tight-lipped couples, Peck was an abolitionist and a conductor on the Underground Railroad.

The Fielding Wing is to open October 15, 2016, with the original Scott Gallery reopening June 18. Below, also from the Fielding collection: a Windsor Low-Back Settee (c. 1760-80); a Still Life with a Basket of Fruit, Flowers, and Cornucopia (c. 1860), attributed to Joseph Proctor. (Photos by Fredrik Nilsen, courtesy of The Huntington Library, Art Collections, and Botanical Gardens.) 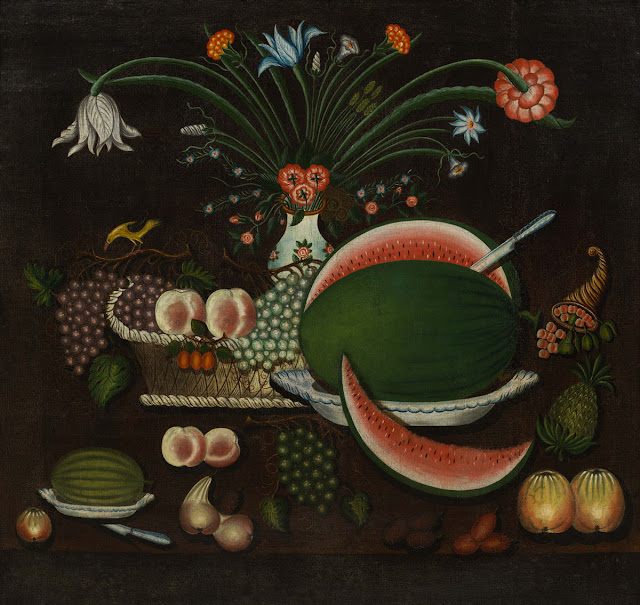