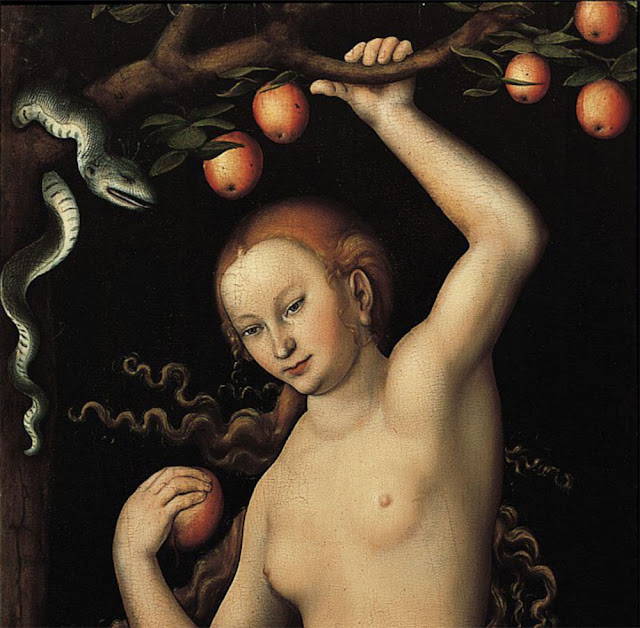 Justice is a dish best served warm. That's one reading of U.S. District Court Judge John F. Walter's ruling in the restitution battle over Lucas Cranach the Elder's Adam and Eve, now owned by the Norton Simon Museum. The paintings had been owned by Dutch-Jewish art dealer Jacques Goudstikker, were looted by the Nazis, and came into the hands of Hermann Goering. Goudstikker's daughter-in-law Marei Von Saher has been suing for their return for a decade. Walter has ruled the Norton Simon museum can keep the paintings, but that's hardly the end of the matter. Von Saher, who's already petitioned the Supreme Court, has vowed to appeal again.

Ideal justice would be Hermann Goering returning the paintings to Jacques Goudstikker. In real life justice isn't always that perfect. But the more a resolution departs from the actual thief returning stolen property to the actual victim, the less equitable it tends to be.
One reason is the asymmetry of inheritance. As Jacques Goudstikker died in 1940, it's his heirs who must sue for restitution. We accept a family's right to sue because, potentially, they might have inherited Adam and Eve, or the proceeds of a sale.

It might seem logical then, that Goudstikker's heirs would be suing Hermann Goering's heirs for restitution. But that's not the way it works, as debts and legal judgments can't be inherited. So in nearly all restitution cases, the victim's heirs are suing whoever owns the artwork now.

This also has a basis in common-sense ethics and law. If your car was stolen, and the police catch me driving it, I have to return the car to you. It makes no difference whether I was the one who stole it. The rationale for this, in part, is that (a) there's a good chance I was complicit in the theft; and (b) if I wasn't, I should be able to find whoever sold me the car and demand my money back.

But when this sensible principle is extended to thefts dating back the better part of a century, it can create injustices of its own. Norton Simon bought Adam and Eve in good faith. He knew the paintings had been recovered by U.S. forces and returned to the Dutch government for restitution to their rightful owner. Goudstikker's firm did not apply for restitution, but one George Stroganoff-Scherbatoff did. He said the painting had been stolen from his family during the Russian Revolution. The Dutch government sold the paintings to Stroganoff-Scherbatoff, and he sold them to Simon.

Von Saher's attorneys have made a compelling case that the Dutch sale to Stroganoff-Scherbatoff was a blunder. An auction essay says his family didn't own the Cranachs; they were just included in the same auction.

That's a win for Von Saher's side, as the museum's attorneys had made much of the supposed restitution to Stroganoff-Scherbatoff. But Judge Walter's decision turned on another issue. The filings presented new detail on the Goudstikker firm's failure to apply for restitution in the early 1950s. 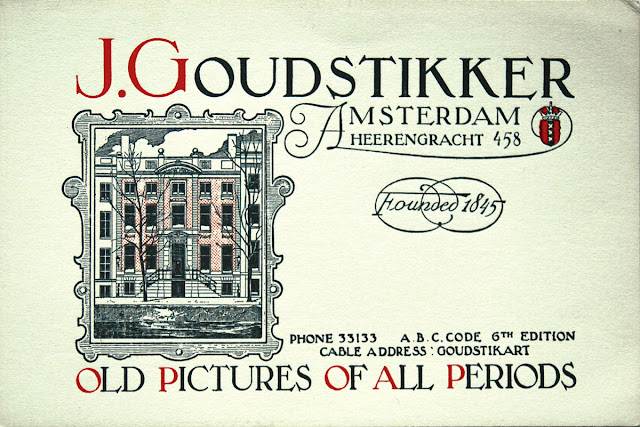 The Dutch Government set a deadline of July 1, 1951 for looting victims to apply for restitution. A Goudstikker firm memo shows they were aware of this and decided not to apply for business reasons. Under Dutch law, claimants were required to return whatever money the Nazis had paid for the art (as it has been looted from the Dutch treasury). The Goudstikker firm memo says that that would have caused a "considerable reduction in the [firm's] liquid assets."
Was the requirement that victims pay back the Nazi purchase price fair? I'd say no. Nevertheless, there was a restitution procedure in place, and Goudstikker's firm opted out of it. Note that cash-poor galleries often use credit or partnerships to acquire stock, provided they can obtain it at a favorable price. Goudstikker, the Netherland's foremost dealer in Old Masters, apparently believed the art wasn't worth much more than the forced-sale price, at least not in the post-war market.
This points up another complexity of long-delayed justice. The value attached to artworks—artistic, historic, and financial—is ever changing. Some once-valuable pieces become worthless (and never figure in headline-grabbing restitution cases). Others gain in value. In the 1930s optimistically attributed Old Master paintings were plentiful and cheap. The supply of "Cranachs" seemed endless. (It still does, actually.) Adam and Eve have now survived decades of vetting and are still regarded as authentic. Meanwhile, the supply of European paintings has dwindled. That augments the Cranachs' relative importance and value. Restitution of Adam and Eve would effectively impose a much greater loss, in inflation-adjusted terms, than the original theft, and impose it on an innocent bystander.
No matter what the courts decide, someone is wronged. There are two ways of looking at this. One is that Nazi crimes were so heinous that statutes of limitations shouldn't apply, even to theft of property. Another is that statutes of limitations serve a useful purpose. They acknowledge that justice, however imperfect, is better enforced sooner than later. Judge Walter's ruling is unlikely to resolve this philosophical difference.