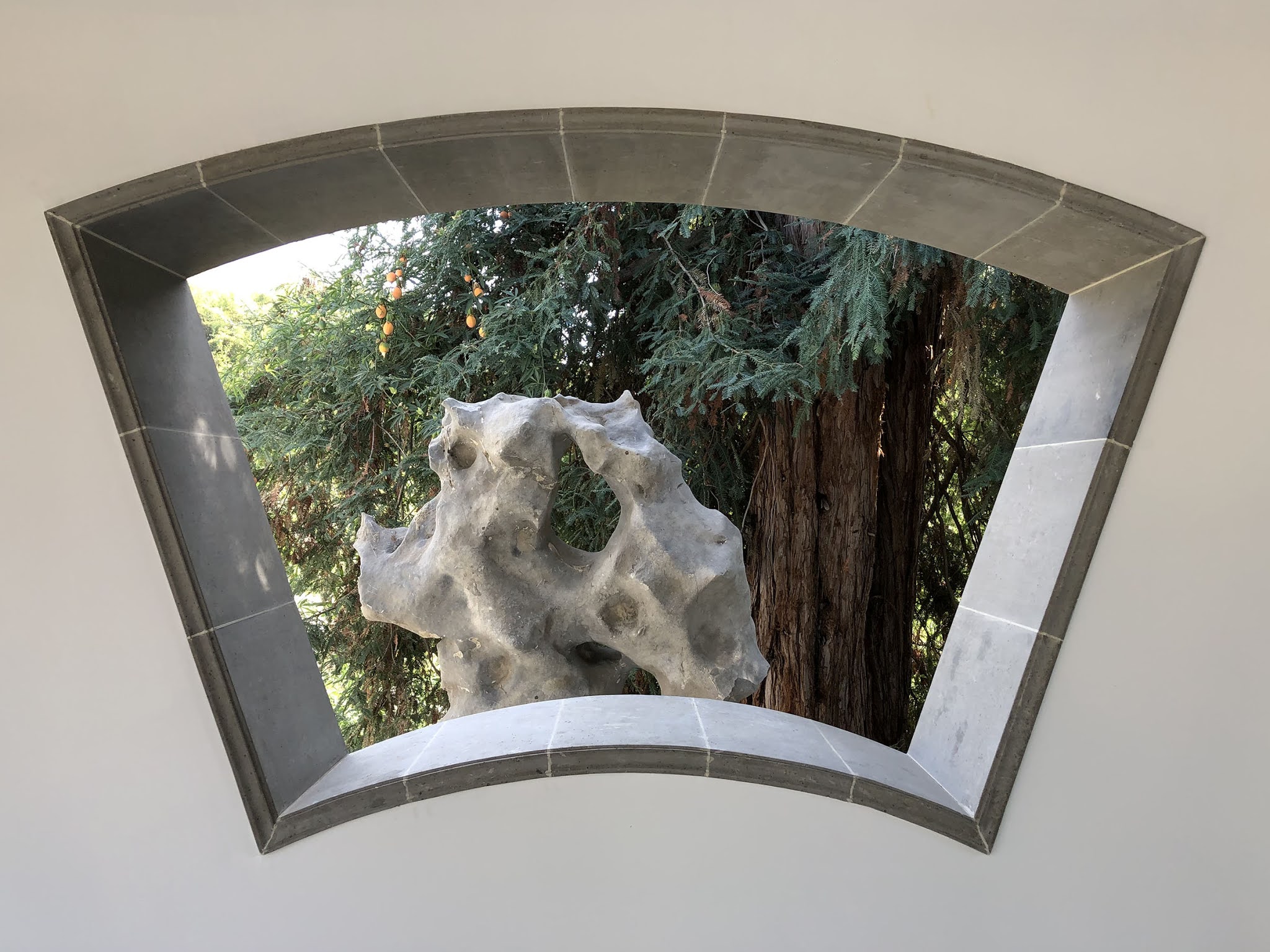 The Huntington has opened the final phase of its 15.3-acre Chinese garden, Liu Fang Yuan. It's the most ambitious of Chinese-style gardens in America (though it's due to get some East Coast competition).

The Huntington's 9-acre Japanese garden dates to 1911, a time when world's fairs had launched a vogue for Japanese landscape design. But Chinese gardens were almost nonexistent in the U.S. until Nixon's 1972 trip to China. Relaxing of trade restrictions allowed the Metropolitan Museum to commission the Suzhou Garden Administration to design its Astor Court, opened in 1980. In 2000 Portland opened its Lan Su Garden, occupying a city block. Though that might sound cramped, the urban setting is characteristic of many of the historic gardens in China.

A $10 million gift from Peter Paanakker initiated the Huntington's Chinese garden. The project debuted in 2008, with three acres around an artificial lake. A second phase opened in 2008. The third and final installment is by far the largest, adding 1l.5 acres. The cumulative budget is put at $54.6 million, much of it raised from supporters of Chinese descent. Like its predecessors, the Huntington garden is cultural appropriation that trades on authenticity. Its structures have been crafted in the Suzhou style by Chinese artisans, with mostly invisible concessions to U.S. seismic and accessibility codes. 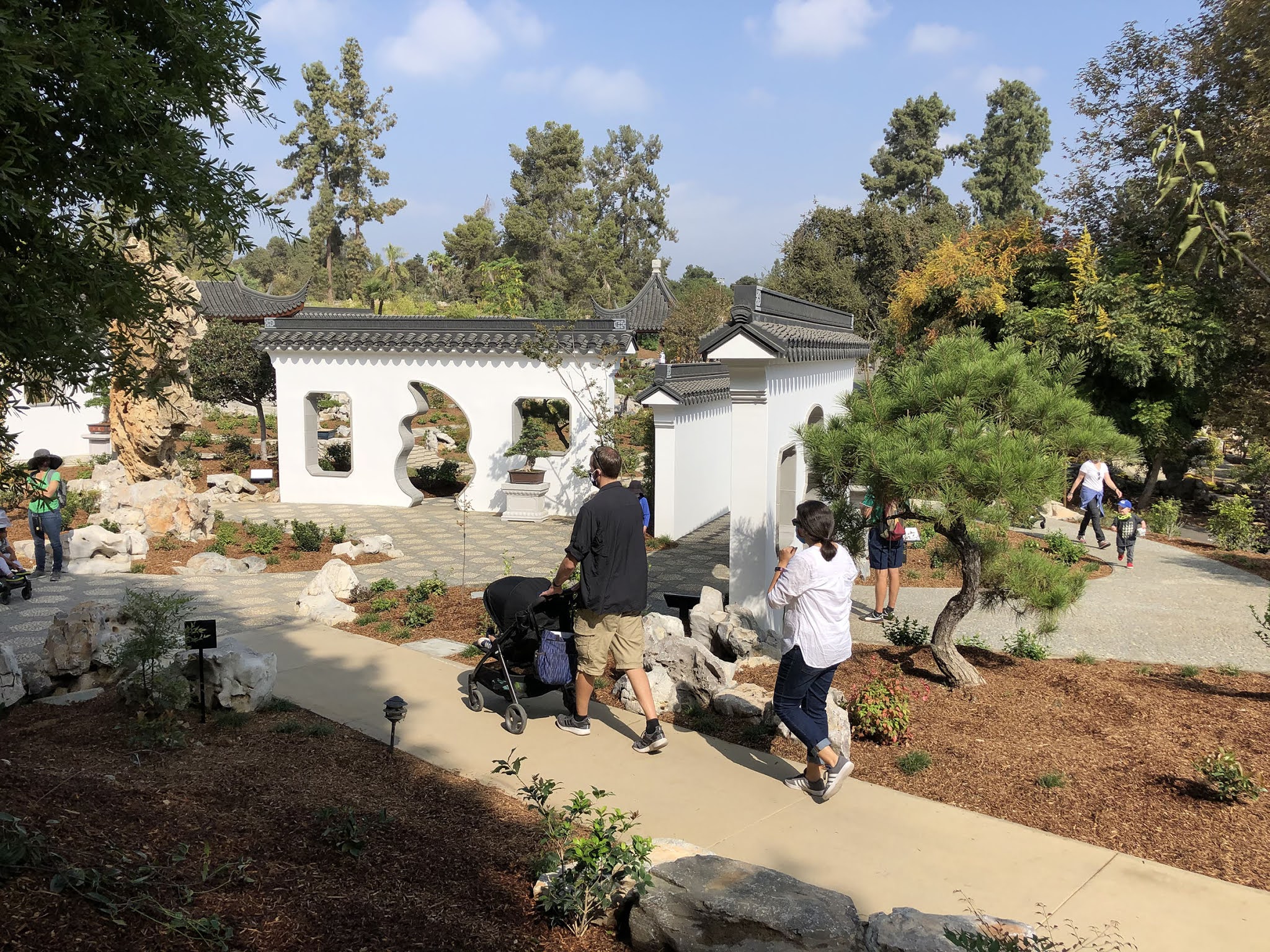 The architecture, then, is meticulously historicizing yet also Disneyland-new. (The same theme-park analogy was used to describe the Getty Villa when it first opened.) One challenge to authenticity is the climate. Southern California might pass for Herculaneum, but it's much drier than humid Suzhou. Liu Fang Yuan combines Chinese flora with California live oaks and unexpected Americana (Carolina jessamine, cypress, passionfruit). The vibe is more water-thrifty than lush.

Those who have seen the earlier phases of the garden may wonder just how many Suzhou-style pavilions the garden needs. The new space does not feel like more of the same, for it adds the third dimension. The visitor ascends from the lake to higher ground and a more open, airy feel. This culminates in the Stargazing Pavilion at the garden's highest point. It offers a panoramic view of the garden and a direct sightline to cosmic Mount Wilson, where Edwin Hubble measured the size of the universe.

On opening weekend the air was free of wildfire smoke, yet not clear enough to see the San Gabriel Mountains or the observatory some 7 miles distant. Another garden surprise was visible, though: Henry and Arabella Huntington's mausoleum. A Neo-Greek temple at the crest of an orange grove, it was designed by John Russell Pope, architect of the Jefferson Memorial. Requiring a hike, Pope's Huntington Mausoleum is the least visited architectural feature on the Huntington grounds. The Stargazing Pavilion will make it a must-see. One view combines East and West, love and death, the universe and the void. Rooted in millennia of Chinese garden philosophy and optical trickery, it's the ultimate borrowed view.

Liu Fang Yuan won't be America's last great Chinese-style garden. China itself is funding a 12-acre, $100 million garden in Washington's National Arboretum. As with everything else in DC, it's political. Explained proponent Tom Elias: "The Japanese gave a few thousand [cherry] trees and look at all the publicity. The Chinese don't have anything in Washington to put to use. [Pandas at the National Zoo are] big PR, but they can't have many functions in and around a panda cage." 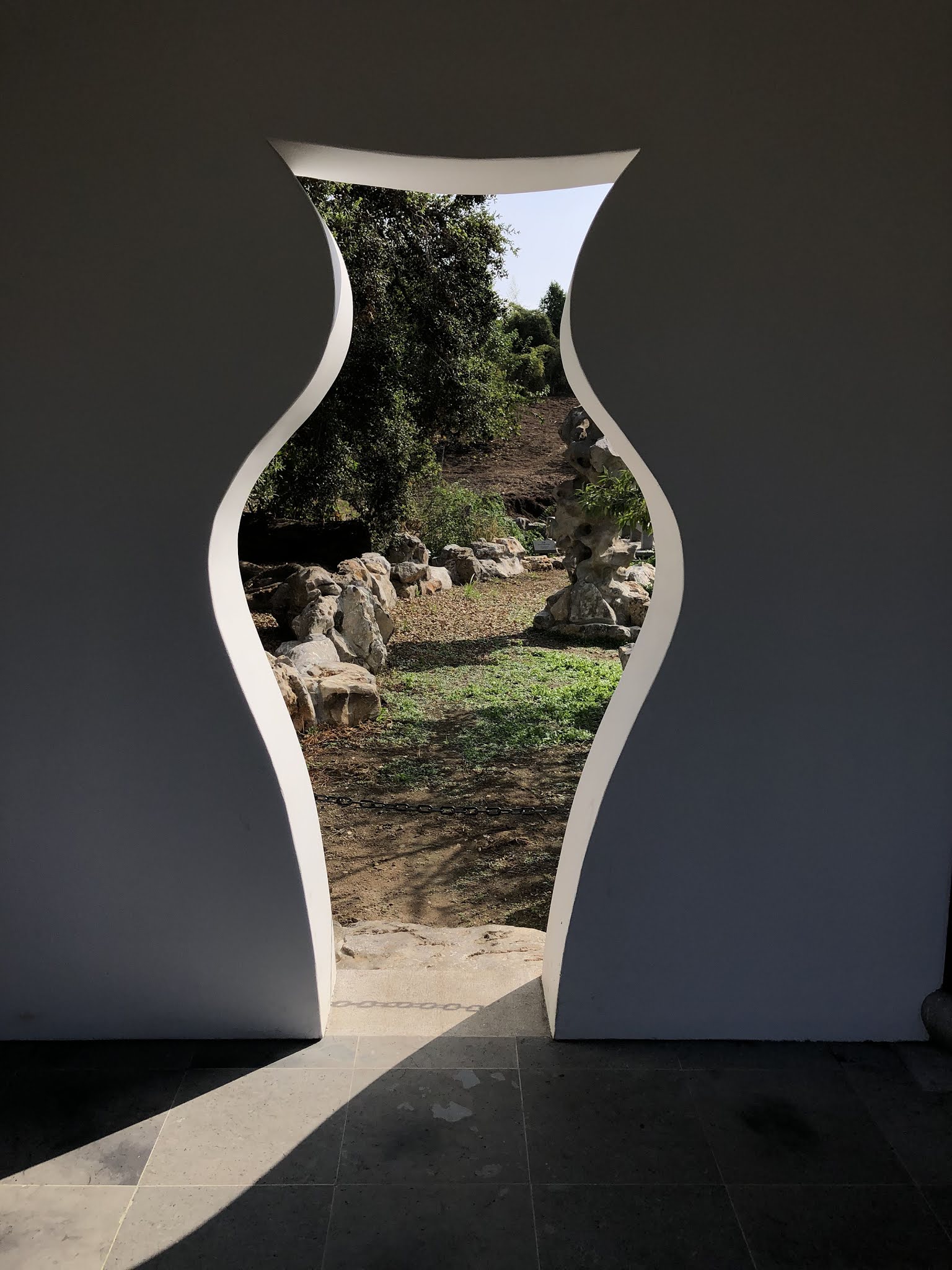 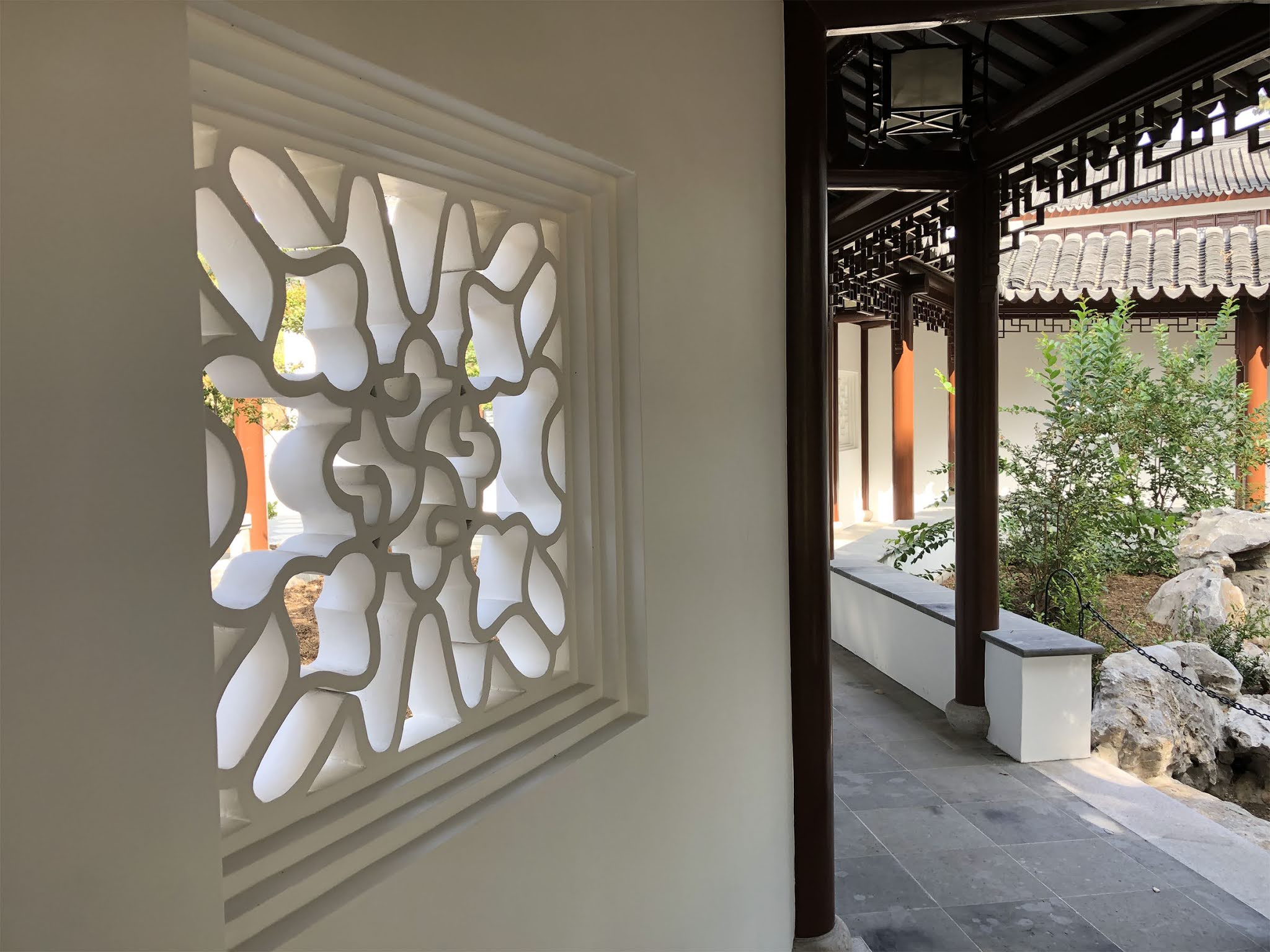 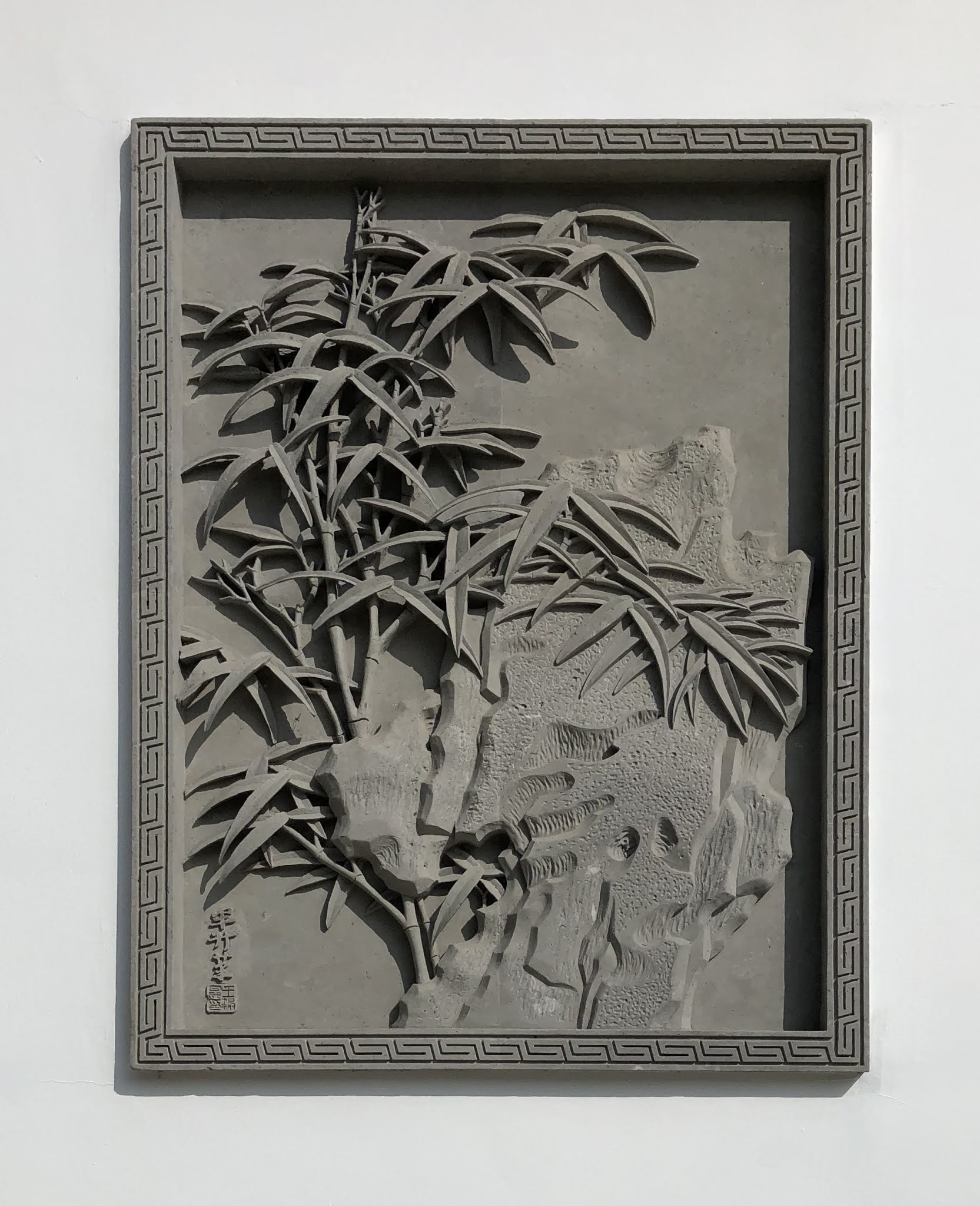 Poison Pen said…
Whatever is that goop on the tree? And to the commentary about over lack of diversity, I question why spend so much money on the classics? How about spending some of that sizable budget from each of the museums with wealthy donors and create a fund to help all those struggling in the arts...performing and those that paint, write the music and the words, sculpt and weave ryas?
October 18, 2020 at 2:03 PM