Museums Are at Back of the Line for COVID Relief 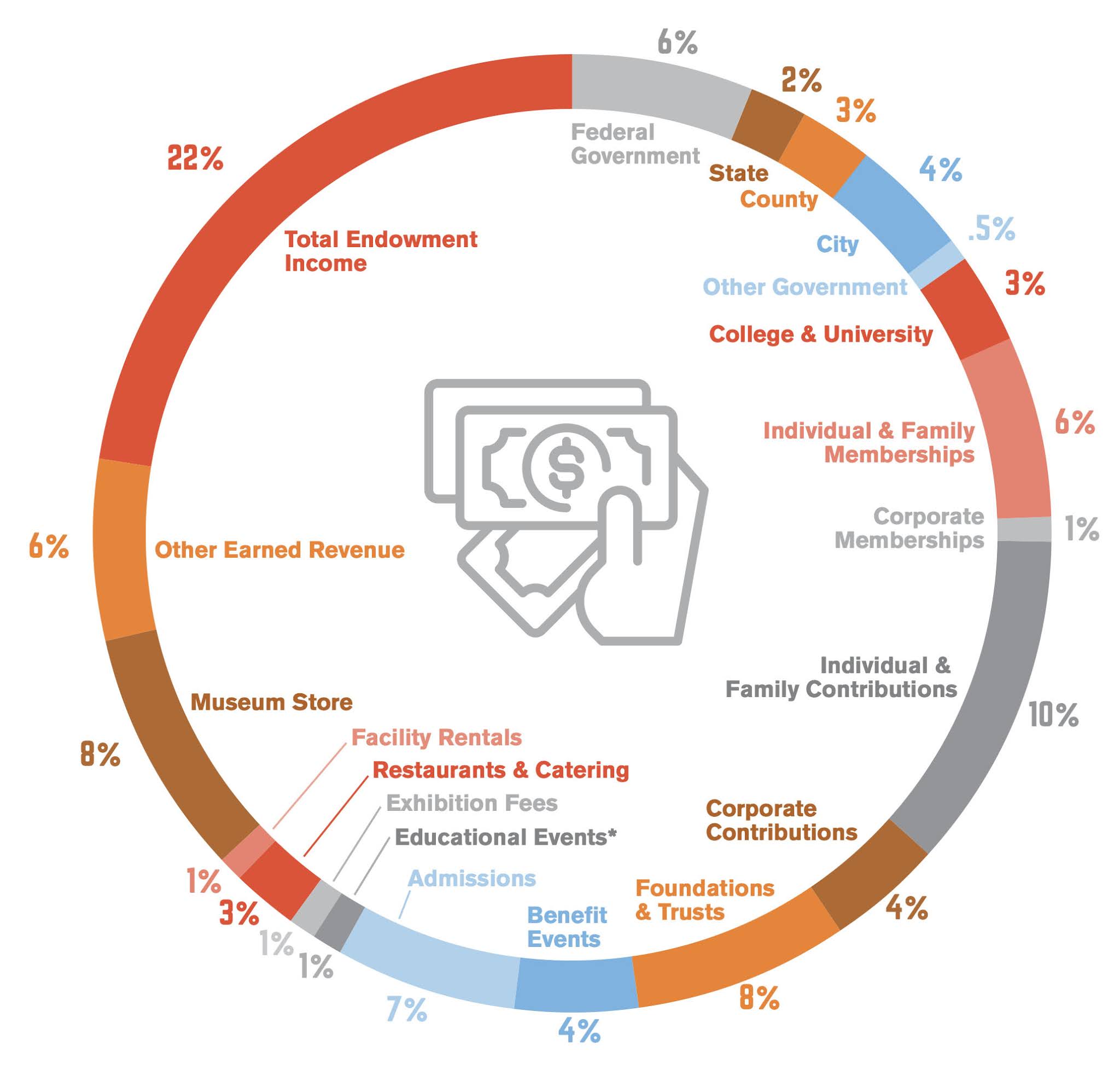 Congress' COVID relief bill includes $15 billion in grants for arts organizations. But most L.A. museums may have a hard time getting a share of that money.

The rules say that arts organizations must have lost at least 25 percent of their revenue to qualify for the grants (which don't have to be repaid). Those that have lost more than 90 percent of revenue go to the head of the line and are allowed to apply in the first two weeks after the bill becomes law. That's important because last April's round of Paycheck Protection Program forgivable loans ran out of money in just 13 days.

At first glance, these rules might seem to prioritize L.A. museums, which have been shut down since March. Haven't they lost 100 percent of their revenue?

No, because revenue includes things like endowment income, governmental support, and private or corporate donations. These have taken a hit, but haven't dropped to zero as admissions have. Admission fees are only about 7 percent of American museum revenues, according to an annual survey conducted by Association of Art Museum Directors.

The chart at top is from the AAMD's 2018 report. Clearly the pandemic has also decimated income from benefit events, museum restaurants and stores, and facility rentals. This slice of the pie comes to about 31 percent of an average museum's revenue. Another 21 percent comes from individual, family, and corporate memberships and donations. In all it looks like a typical museum that has been shut down would have lost about half its revenue.

But an organization needs a 90 percent loss to cut in front of the line. That's likely include a lot of for-profit small business. The bill says recipients don't have to be nonprofit, so long as they aren't publicly traded companies. Eligible for-profits could include comedy clubs, piano bars, raves, ice-skating shows, and birthday clowns. Because they aren't charities, they are entirely dependent on ticket sales and might be able to claim 90+ percent drops in revenue.

There's nothing wrong with that. These are hard-working people who have to pay the rent. But it does raise the question of how much money will be left for the nonprofits that most people think of as "arts organizations."

Anonymous said…
There can't be too much suffering when the head honchos of LA city/county government and local culture think that spending big money on a teardown and rebuild of LACMA is perfectly wise and perfectly acceptable.

Send all the people in need of financial assistance to Michael Govan's home address.

Not sure where that is, however, since I believe LACMA's trustees sold the Hancock Park residence used by them in the past for museum directors.
December 22, 2020 at 6:30 PM

The County's contribution is $125 million.

... Meanwhile, as the Save-LACMA mob continues to exist in an alternative reality, LACMA's influence on museum architecture continues to build.

Here is another version of the Zumthor/Govan plan:

It appears the rest of the architectural/cultural world thinks Zumthor has the right idea. The jury that selected the design for the New Museum Chile consisted of architects Adjaye, Chipperfield, Holl, and Renfro.
December 23, 2020 at 4:41 PM

Anonymous said…
There are other architects out there than Renfro, Holl, Zumthor. Just because a preponderance of people are wrong doesn't make them right.
December 25, 2020 at 4:27 AM

Anonymous said…
Oh and Chipperfield and Adjaye as well. Museums don't need to look all alike and I'm sorry but Santiago - which has its own identity - doesn't need a Zumthor pop-up to scar the cultural landscape to the ends of time.
December 25, 2020 at 4:31 AM