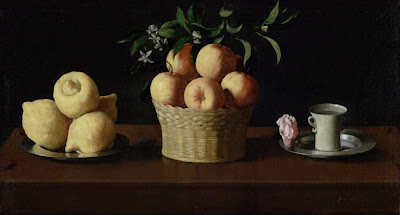 Tyler Green of Modern Art Notes is visiting L.A. museums and tweeting all the way [TylerGreenDC]. Most illuminating is this exchange between Green and the Norton Simon Museum's tweetmaster [NortonSimon], reproduced in part here.

TylerGreenDC: "Glad the Getty cleaned @NortonSimon's Zurbaran still-life, but the glass on it kills blacks and shading brought alive by the cleaning."

TylerGreenDC: "In fact, someone should cure @NortonSimon of its glass fetish. Nothing kills Spanish paintings faster."

TylerGreenDC: "Amused that @NortonSimon wall text refers to details in a Steen. Can't see said details because of high-glare glass."

TylerGreenDC: "Relieved that glass-makers don't make sheets as big as Sam Francis's epic Basel Mural I. B/c if they did, @NortonSimon would surely..."

TylerGreenDC: "How glass-nuts is the @NortonSimon? They put glass over AN ALBERS! I have never, ever, never seen that before. #stoptheinsanity"

NortonSimon: "We acknowledge glass interferes w/ viewing art, but it was Norton Simon’s wishes & Board of Trustees continues the policy"

NortonSimon: "We are in the process of replacing glass with acrylic glazing that is anti-reflective, anti-static & has max UV protection"

TylerGreenDC: "The @NortonSimon should change the policy. Leave everything off as many ptgs as possible. UV doesn't keep other museums from same."

The bit about "Norton Simon’s wishes & Board of Trustees continues the policy" rings familiar. As a self-made entrepreneur, Simon made quick decisions and didn't care to be overruled by a board of directors. This applied to Hunt-Wesson Foods, Avis Car Rental, Canada Dry — and the little museum he acquired in Pasadena.
• Once Simon was in another museum and saw a docent lecturing on a "Rembrandt." It was the wrong painting — the Rembrandt had been moved. Ergo, there were no docent tours in the Simon museum for many years.
• “Old Masters shouldn’t be moved and banged up,” Simon said — so his museum rarely lent, then or now. (Lately the museum has loosened up a little, with exchange programs with the National Gallery and Frick.)
• In 1978, Richard Diebenkorn wanted to borrow a painting for a retrospective. Diebenkorn himself had given the painting to the Simon museum (actually, to its predecessor, the Pasadena Art Museum). Simon said no. 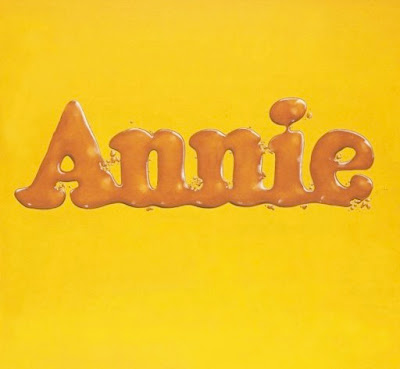 • Ed Ruscha wanted to borrow his Annie Poured from Maple Syrup for a few hours, to photograph it. No way, said Simon.
• Though Simon had little interest in showing contemporary art, he opposed the foundation of the Museum of Contemporary Art, insisting that his museum was a better showcase for new art. MOCA was the pet project of Marcia Weisman, who happened to be Simon's sister.
• Director Billy Wilder, once a NSM trustee, recalled,

"Cary Grant and I would drive to Pasadena for board meetings.… We always had a very good lunch with a nice group of people. Then there would be a meeting, but no discussion. Norton Simon ruled. If you disagreed with him, he made you feel like an ignoramus. He had to be in control, so every issue passed unanimously."

Anonymous said…
While viewing the artwork at the Norton Simon Museum recently, I was appalled to see the words EXIT in bright green reflected in the glass covering a Picasso painting. Hate the glass - other museums don't regularly place a glass piece over their paintings for protection. Why the Norton Simon habit? It kills the artwork and homogenizes all the paintings.
January 25, 2015 at 11:56 AM