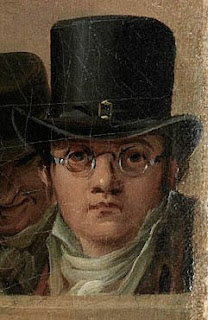 The Getty Museum has announced an opening date for its renovated galleries of medieval and renaissance sculpture and stained glass: May 11, 2010. That's about two years later than originally planned. Also, the museum has just put on view its new Boilly, Entrance to the Jardin Turc (left, the artist's self-portrait).
UPDATE: The medieval and renaissance galleries' opening has been moved to May 18.
Email Post
Labels: Getty Museum Louis Boilly