MOLAA Says It Isn't Broke, Is Shopping for Kahlo & Basquiat 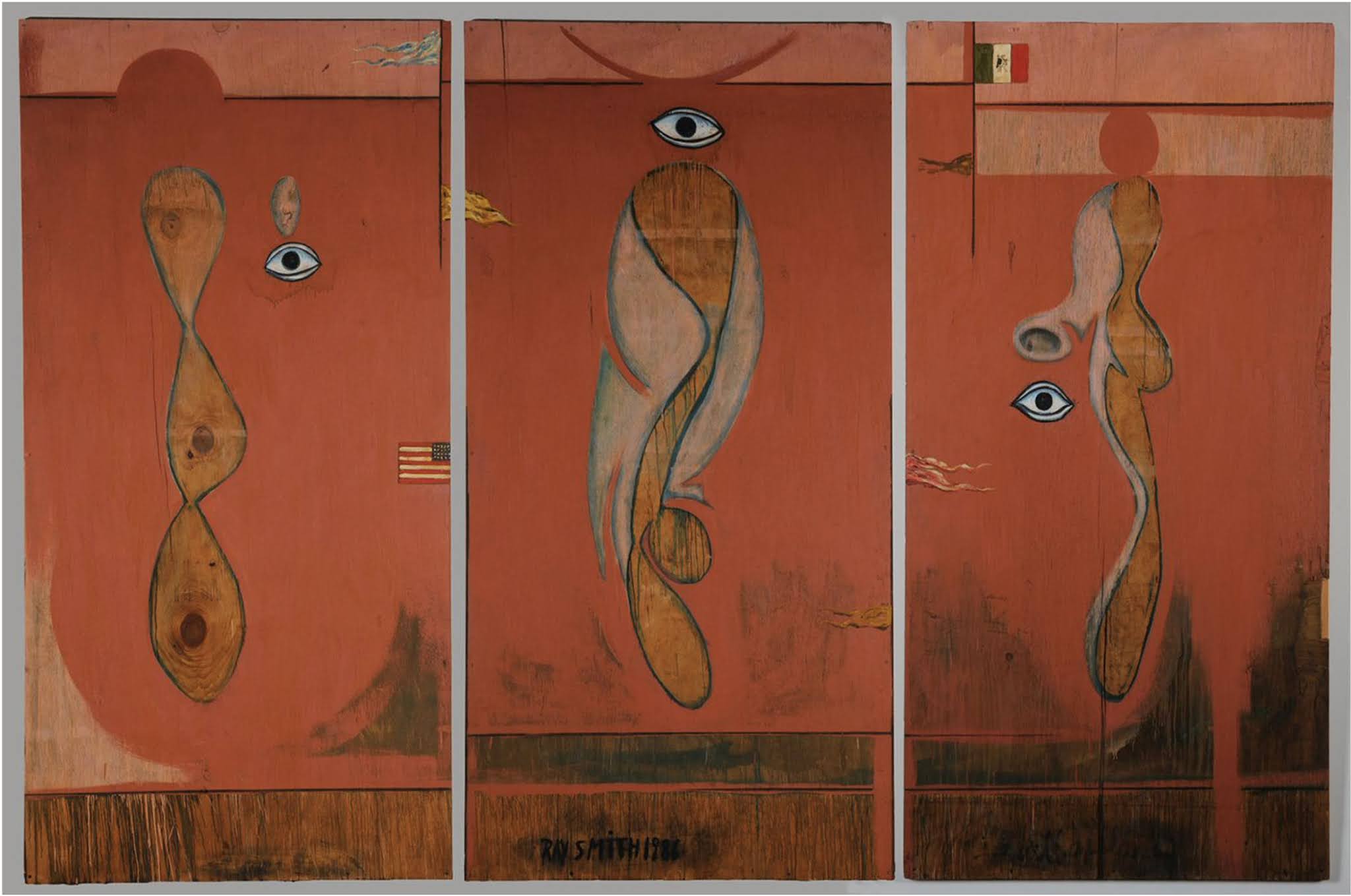 The Museum of Latin American Art's online sale of deaccessioned and donated works has raised $227,550. The most expensive lot was Guatemalan artist Elmar Rojas's los guardianes de la lluvia, which went for $20,000. That was in the middle of its range; many other works underperformed estimates or failed to sale. Among the disappointments was the three-panel Ray Smith painting Los Espectadores (1986, top of post), singled out in Christopher Knight's article on the sale. It went for $4250 against estimates of $10,000 to $20,000. Museums generally don't deaccession the work of living artists out of concern that sales like this one may hurt the artist's market. Smith donated the piece to MOLAA. Judging from online images, it's better than the two Smith paintings that Eli Broad bought for his museum.

In the Long Beach Post, Asia Morris quotes MOLAA president Lourdes I. Ramos-Rivas and chief curator Gabriela Urtiaga on the sale. They insist the sale was not prompted by financial problems but is rather part of a plan to upgrade and diversify the collection. The latter is now standard spin for deaccessions; in MOLAA's case it means more women and a better geographical balance of Latin American, Caribbean, and U.S. Latinx artists.
According to Urtiago, MOLAA is aiming high. The insitution's wishlist includes works by Frida Kahlo, Diego Rivera, Ana Mendieta, Tarsila do Amaral, and Jean-Michel Basquiat.
That sounds awfully… expensive. A drawing by Kahlo or Basquiat could go for more than was raised in the recent auction. A mid-range painting could go for eight figures.
MOLAA, which has never been conspicuously wealthy, has recently started collecting Latinx artists active in the U.S. That makes the Ray Smith sale all the more puzzling (the artist is of mixed Mexican and American parentage). Urtiaga says the sale proceeds of Los Espectadores will go toward purchasing other works by Smith. What they expect to get for $4250 I don't know.
The pandemic is threatening the survival of many smaller institutions, yet MOLAA is planning A-list acquisitions. It's like a T.J. Maxx co-worker who shows up driving a Maybach one day. There's got to be a story there, right?
(Below, the auction's top lot, Elmar Rojas' los guardianes de la lluvia, 2002.) 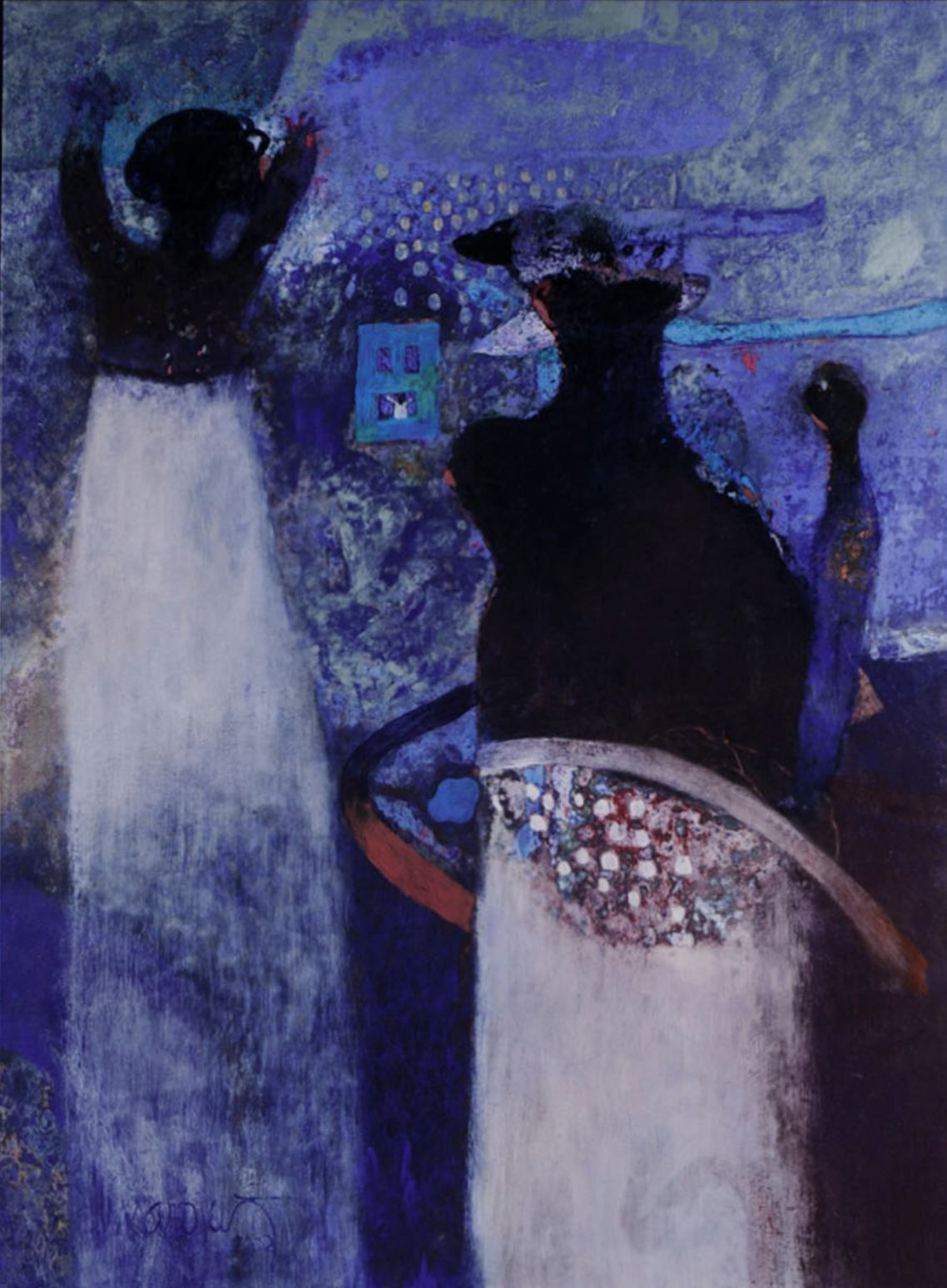 Anonymous said…
https://www.latimes.com/entertainment-arts/story/2020-12-14/museum-latin-american-art-deaccession-wifredo-lam-diego-rivera
December 14, 2020 at 7:59 AM

Japecake said…
Practically giving away some of the best works by the artists represented in exchange for the pipe dream of a Kahlo they'll never be able to afford is asinine. Barring the deus ex machina of a super-generous benefactor who's willing to overlook the gross mismanagement of the collection, if the museum finally manages to scrape enough together to buy a Kahlo, it'll almost certainly be a bargain-basement example, acquired simply for the sake of checking off a box. This is, not to put too fine a point on it, piss-poor stewardship.
December 24, 2020 at 8:52 PM