The War On Aura 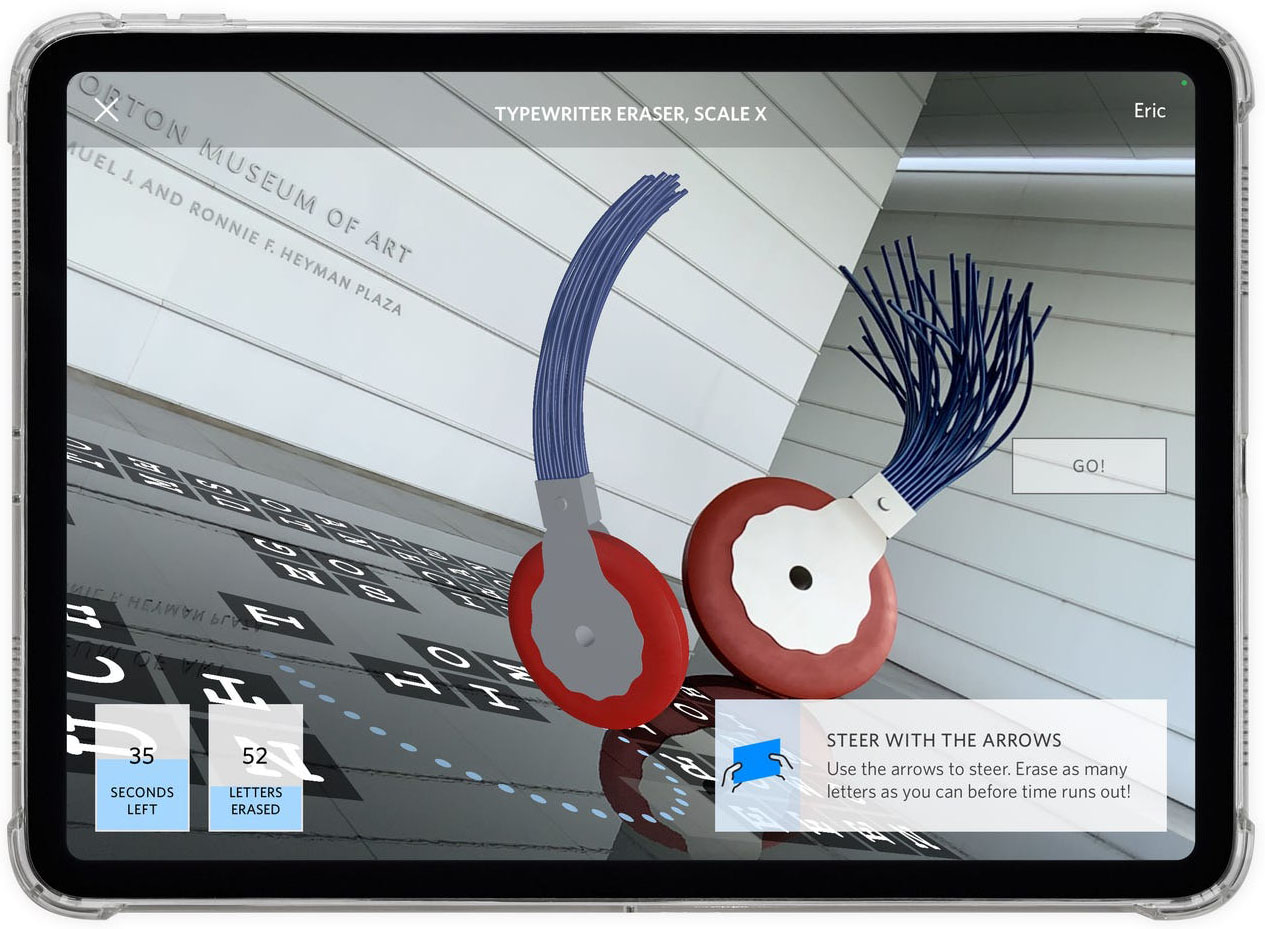 The COVID pandemic has prompted a steep spike in patronizing and tone-deaf augmented reality apps for art. For sheer insensitivity to artists' intent, may I direct your attention to a new app designed for the Norton Museum of Art, West Palm Beach, Fla.? It's credited to the New York firm Local Projects.

The app lets users "activate" Claes Oldenburg and Coosje van Bruggen's Typewriter Eraser, Scale X, a 19-ft-high sculpture existing in a cast at the Norton Museum's entrance, as well as at the National Gallery of Art, the Las Vegas Strip, and the Seattle Center. (LACMA owns a small, handmade prototype Typewriter Eraser from 1970.) By taking a distinctly unheroic artifact—an obsolete emblem of fallibility—and blowing it up to monumental permanence, Oldenburg and van Bruggen remind us what odd things sculpture, and heroism, are. It's not without resonance in our age of overturned monuments.

As far as I can tell, nothing of the artists' wit figures in the app. It's fast-paced game allowing no time for reflection. The user moves a small Typewriter Eraser through the museum fountain, erasing virtual letters. Essentially the Typewriter Eraser is Pac-Man, eating energy dots to grow stronger. (So maybe they did get the retro angle.) The eraser gets bigger with each letter consumed. The player wins by erasing all the letters by a time limit.

The Norton Museum is open, and the app has to be used while on site, played on a supplied iPad. Writes the Palm Beach Post: "The iPads will be sanitized between uses and stored in a case with ultraviolet lighting for additional disinfection."