Despite the title, the Hammer's "Made in L.A. 2020: a version" isn't last year's biennial. It incorporates work made during the pandemic and feels fully of the moment.

Morocco-born artist Nicola L. (1932-2019), active in the Parisian milieu of Yves Klein, died in L.A. as the exhibition was being organized. Her La Chamber en Fourrure is a reconstruction of a 1969 work, a purple velour cube containing full-body gloves for participants' appendages. It's the inverse of a white cube gallery, and a puppet show turned nightmarishly inside-out. Pandemic restrictions prevent it from being displayed interactively as intended. Even so, it's amazing as soft sculpture.

Painting. This is a painting-dense biennial. All of it is figurative, and much skews towards photo-realism or airbrush-acrylic vernacular. Fulton Leroy Washington (MR. WASH) is represented by his teardrop paintings of celebrities and prisoners. The subjects, rendered with uncanny valley realism, cry tears reflecting miniature images of the sitter's thoughts.

For Jill Mulleady, orange is the new noir. She makes a traditionally sunny color beautiful and dangerous and melancholy in her elegiac triptych of MacArthur Park. It's accompanied by a real streetlamp and a Jimmy Webb (Richard Harris, Donna Summer) title.

Mario Alaya does airbrush allegories of cholo culture. I'm Your Puppet has something to do with the lowbrow aesthetic of Roger Brown, Robert Williams, and Hollywood's evil Chuckies. It draws more directly on art that appeared in Teen Angel magazine.
Alexandra Noel's paintings are so tiny that they demand to be considered as conceptual wall sculpture. Circumcision zooms in on a Renaissance devotional subject, transforming it into a luminous Agnes Pelton abstraction.
Queues. Like other museums, the Hammer now has one-way circulation paths through the galleries. Several of the video or immersive works had a short queue to get in, to limit crowding. Kahlil Joseph's BLKNWS had the longest wait, about 10 minutes on a weekend. It's worth it, but there are non-museum venues for BLKNWS as well.

Hammer-Huntington Hack. This year "Made in L.A." is split between two museums. The Hammer is free; the Huntington normally costs up to $29. But if you see the Hammer installment first, they'll give you a ticket with a code that lets you reserve a free ticket to the Huntington. 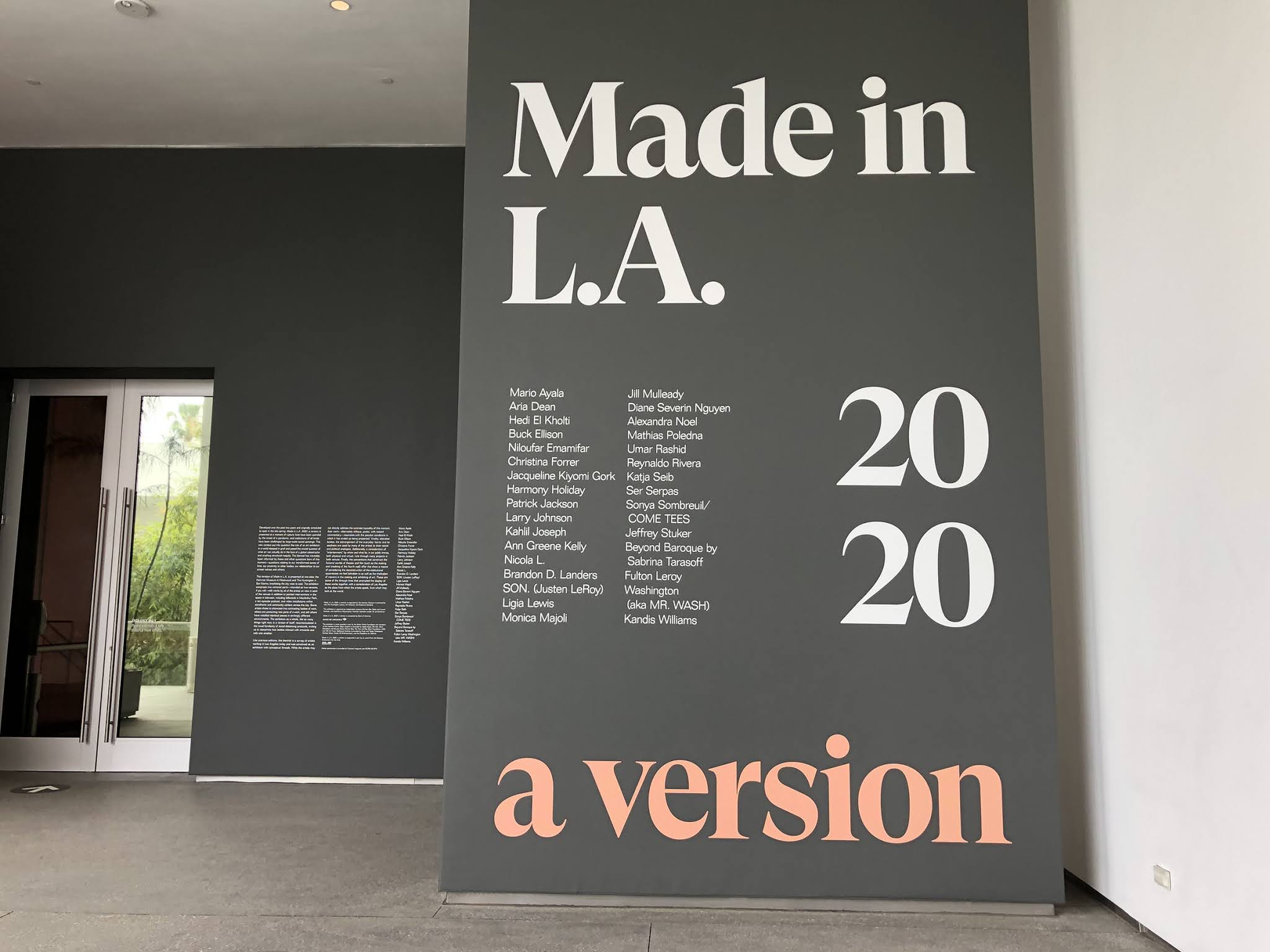 Anonymous said…
I like Fulton Washington's works and style. You can tell that Washington has both technical and creative skills.

By contrast, so many loft-artist types into abstract-for-abstract's sake have pushed the envelope in terms of self-indulgent hipster sameness and their love of The Emperor Has New Clothes.
May 19, 2021 at 3:22 PM

Anonymous said…
Meanwhile, across the country, both political and economic corruption is starting to take quite a bite. I sure hope the Lucas Museum and other local open-to-public cultural entities don't catch this disease. Although the Govan-Zumthor debacle suggests it's already somewhat of a contagion in the Western US too.

A few tears should be shed due to this, sort of a creeping American version of Mao's Cultural Revolution: