Is Kerry Brougher Too Smart for Hollywood?

Kerry Brougher, director of the Academy Museum of Motion Pictures, has stepped down. Though the press release is cordial, a director's departure within a year of a new museum's planned opening can't help but raise eyebrows. It's said that Brougher plans to "return to his roots in the art world," though no specifics are given. It sounds an awful lot like Brougher jumped—or was pushed. His exit follows that of his head curator, Deborah Horowitz, in April.

Is Brougher too smart for a big, dumb Hollywood museum? That's one narrative. Brougher was hired in 2014 as a disruptor. He had been a curator at MOCA, a director of Oxford's Museum of Modern Art, and then a curator at the Hirshhorn. He organized MOCA's "Hall of Mirrors: Art and Film Since 1945," an Oxford show on Alfred Hitchcock, and Hirshhorn/MOCA's "Visual Music."

By tapping Brougher, the Academy Museum announced its seriousness. It would be more than a hurray for Hollywood.

The first two loan shows planned, on Japanese animator Hayao Miyazaki and "Regeneration: Black Cinema 1900–1970," sound original and adventurous. Pointedly neither is calculated to appeal to tourists or to promote a Hollywood franchise.

Variety says that "Brougher’s leadership has been a source of grumbling within the museum staff for some time… some questioned whether his background in fine art would be a good fit for a movie museum."

Money may be part of the untold story. Like neighboring LACMA, the Academy Museum's fundraising went great until it didn't. By last year the Academy Museum had raised $281 million towards a $388 million goal. No donations have been announced since then. When the money isn't flowing, institutions tend to rethink, retrench, and play it safe. That could mean dumbing down the exhibition program. If so, the Academy Museum could end up being more mainstream—and less interesting—than Brougher's provocative vision for it. 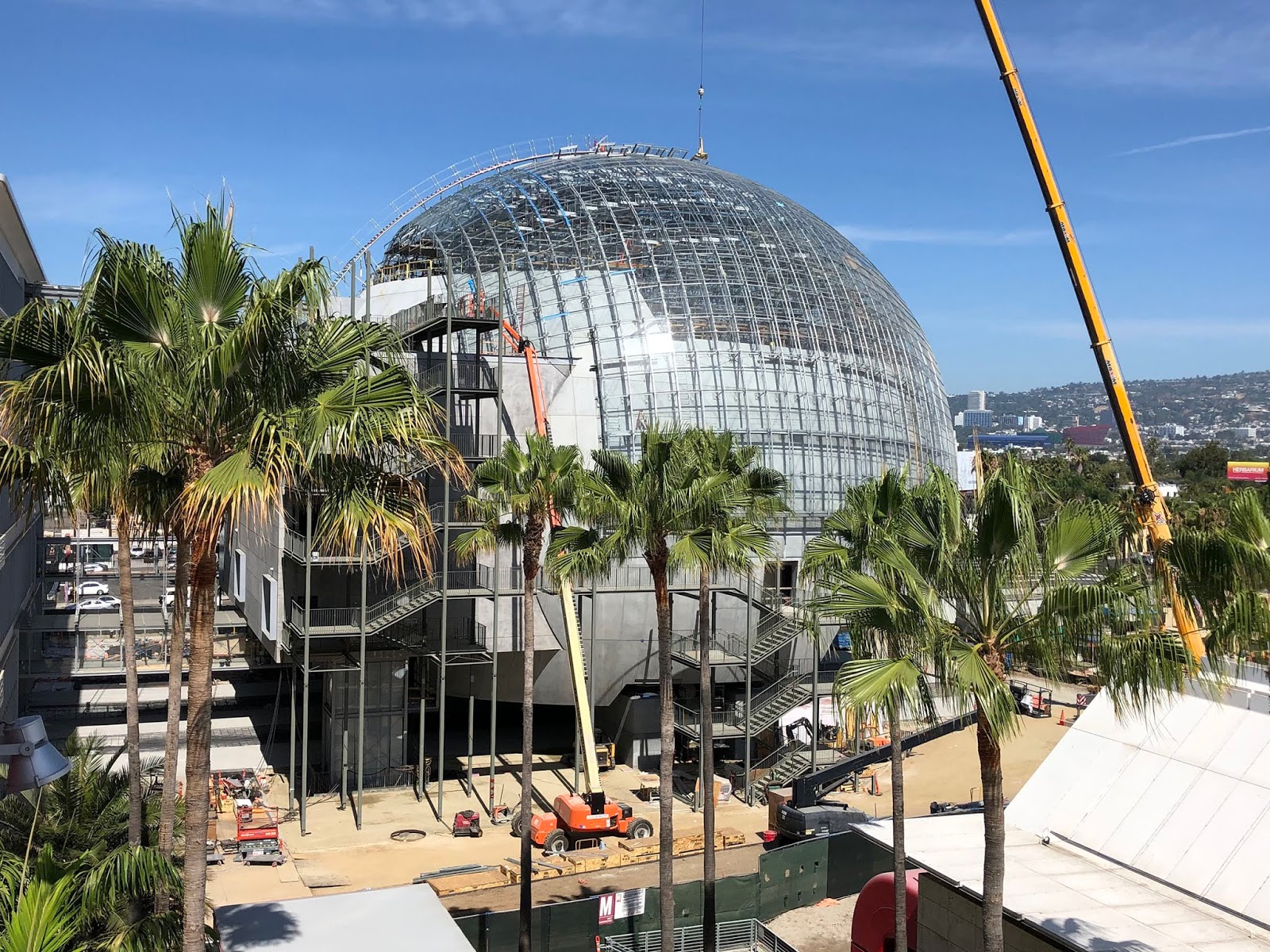 Anonymous said…
Why couldn't the director of the museum next to the Academy's rising building been the one to announce he's leaving?

Meanwhile, the person selected to run the Lucas Museum of Narrative Art apparently has a flaky, unreliable reputation.

The way things are going, the next announcement will be that Barry Munitz has been re-hired by the Getty to manage it again.

Either that or a huge earthquake hits LA and these various museums end up a big pile of rubble.
August 7, 2019 at 6:03 PM