The Hammer's Lari Pittman exhibition includes at least half a dozen major works recently acquired by local museums. LACMA has added Portrait of a Textile (Damask) (2018), which is shown alongside the Portrait of a Human (Pathos, Ethos, Logos, Kairos #14). At LACMA Textile (Damask) joins This Wholesomeness, Beloved and Despised, Continues Regardless (1990), purchased in 1995 and also in the Hammer show. 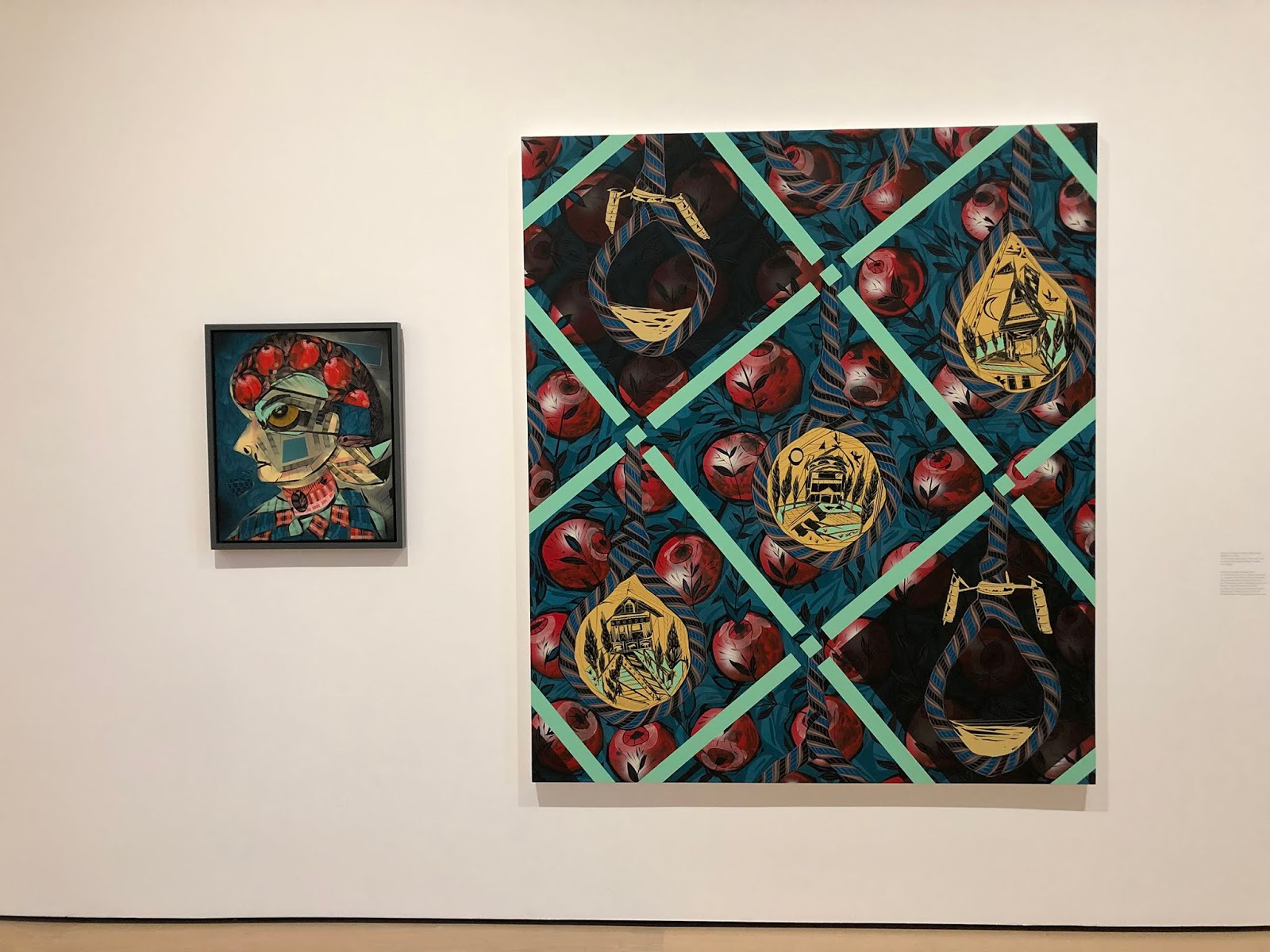 The Marciano Art Foundation has lent two 2013 Flying Carpet paintings to the show.