Frank Stella Is Back (Huh?)

Frank Stella pops up in two of this season's most important shows: MOCA's Pattern and Decoration survey and the Hammer's Paul McCarthy drawing retrospective. Each follows last summer's LACMA installation of Stella works from the collection, most of which hadn't been shown in ages.

Why Stella? Why now?

Stella notched two MoMA retrospectives by midcareer, a feat that has come to define NYC-white-male-artist privilege. This has made him something of a target, and Stella's reputation has faded in recent decades.

MOCA's "With Pleasure: Pattern and Decoration in American Art 1972–1985" presents Stella among a constellation of artists who responded to the P&D ethos without being part of the movement. He's shown alongside such figures as Billy Al Bengston, Al Loving, and Betty Woodman. 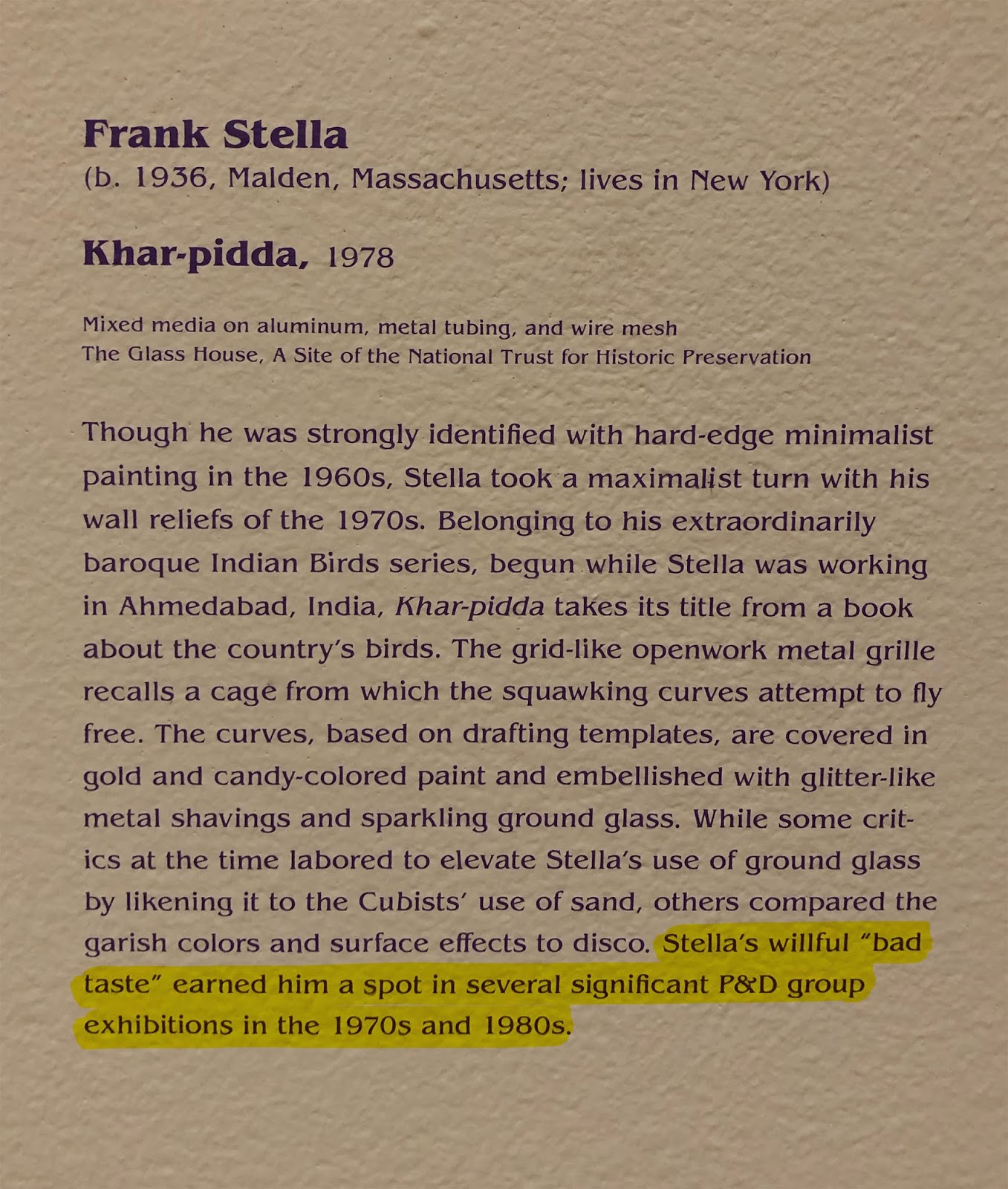 MOCA's exhibition labels remind us that P&D was the resistance to the art-world seriousness of its time. The big, disco-glitter Stella here in on loan from Philip Johnson's Glass House, no less.

The conversation between P&D and Stella went both ways. Valerie Jaudon's hard-edge paintings of the late 1970s draw on Islamic precedent while trolling the Stella protractors of the 1960s. Stella's protractors were named for cities in the ancient Near and Middle East.
Those wanting to pursue a conspiracy theory of Stella's influence should also see an early Paul McCarthy work, Karen Life Drawing (1965-66), at the Hammer. The artist's wife is shown holding a text mentioning Frank Stella. The Hammer label transcribes it "Frank Stella–We should all take note of the words of our faith in the name of the son."

Anonymous said…
Frank Stella never left. He was always already there. Such was the structuralist claim that Krauss made for the primacy of his cross paintings.
March 4, 2020 at 7:41 PM