Property Brothers: Paul & Maurice Are Ready to Flip a Temple 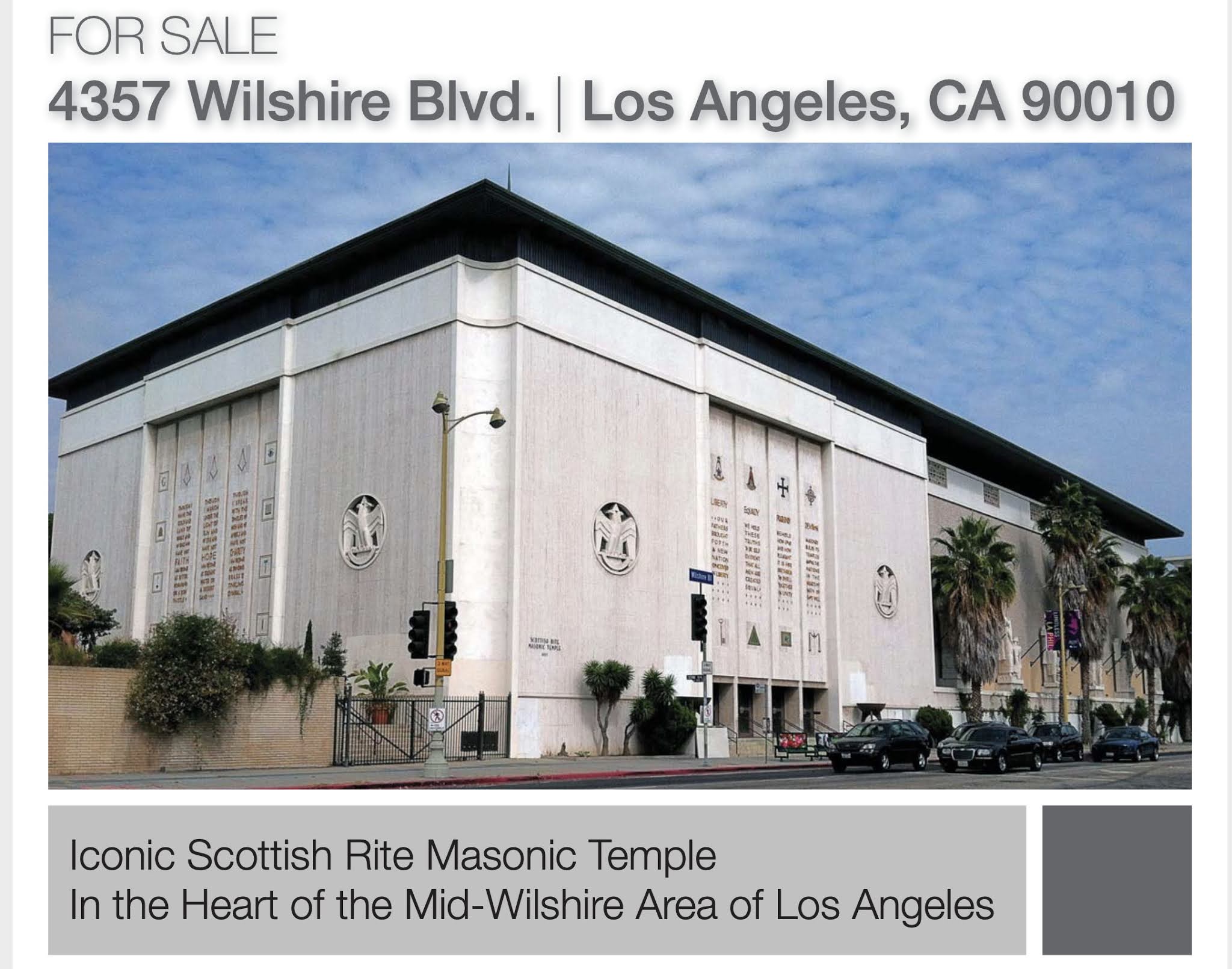 The Marciano Art Foundation's building is on the market for $13.9 million, notes Matt Stromberg in Hyperallergic. The listing brochure by NAI Capital bizarrely makes no mention of the building's history as an art exhibition space. Nor does it mention Kulapat Yantrasast, the renowned architect who converted it to an art space, or Gagosian, the prominent mega-gallery that will reportedly be occupying part of the building starting January 2021. The listing does say a lot about Millard Sheets and discloses that the building was used as a location for the Nicholas Cage movie National Treasure.

Paul and Maurice Marciano bought the former Masonic temple for $8 million in 2013. The current asking price comes to $155 a square foot—cheap by L.A. residential standards! Like most property flippers, the Marcianos are unlikely to make a profit. Though the asking price is $5.9 million more than what they paid, it's safe to assume that Yantrasast's makeover was well into eight figures. 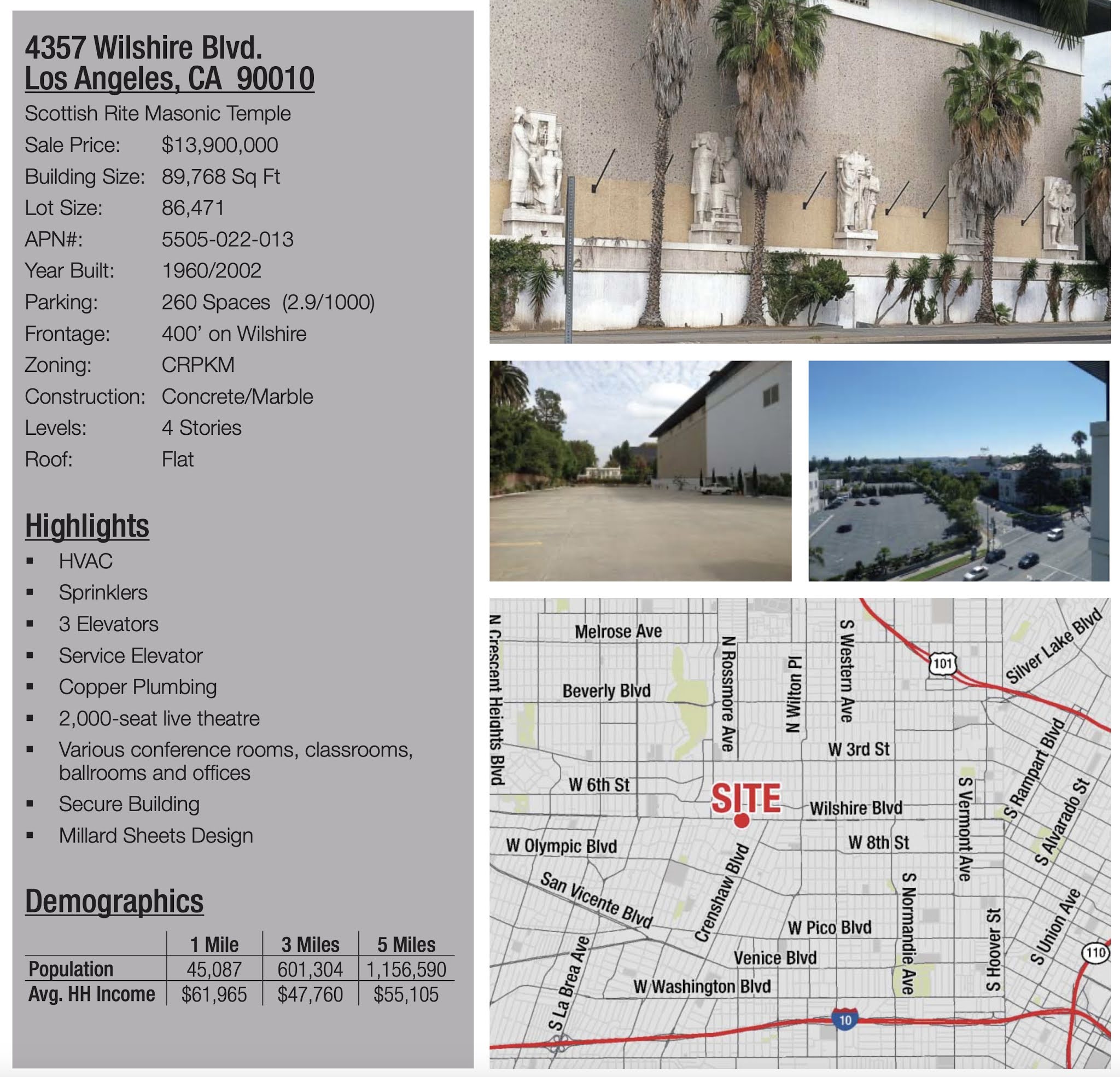 Unknown said…
LACMA might want to consider taking the pressure off themselves concerning the downsizing of the new campus.
September 3, 2020 at 11:49 AM