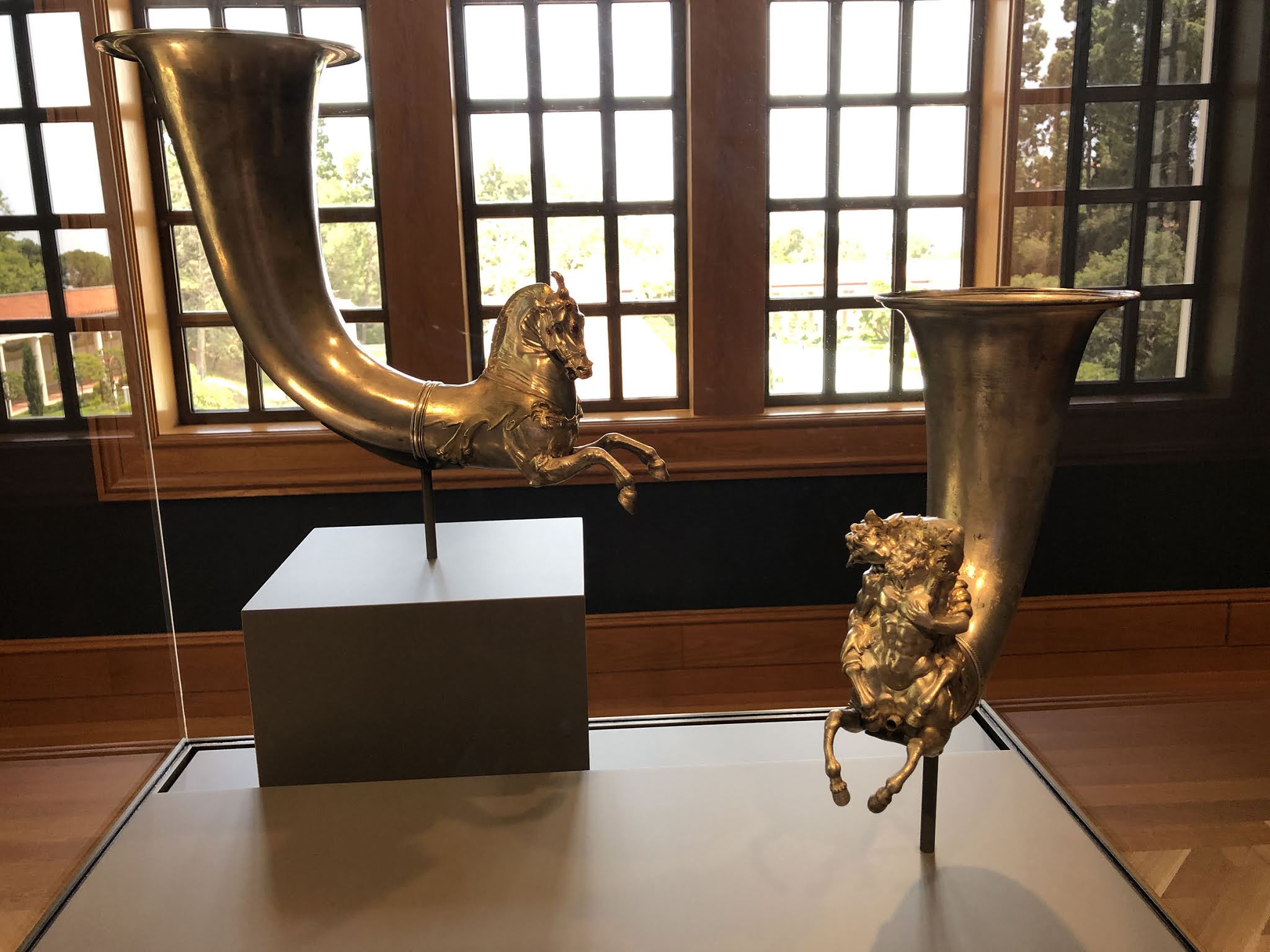 The reopened Getty Villa is showing two astonishing drinking horns (rhyta) in gilded silver, each Greek and dated to the second century BC. Both are loans from an unidentified private collection. One horn, featuring intertwined centaur lovers, is labeled as "perhaps the finest example of Hellenistic Greek silverware." 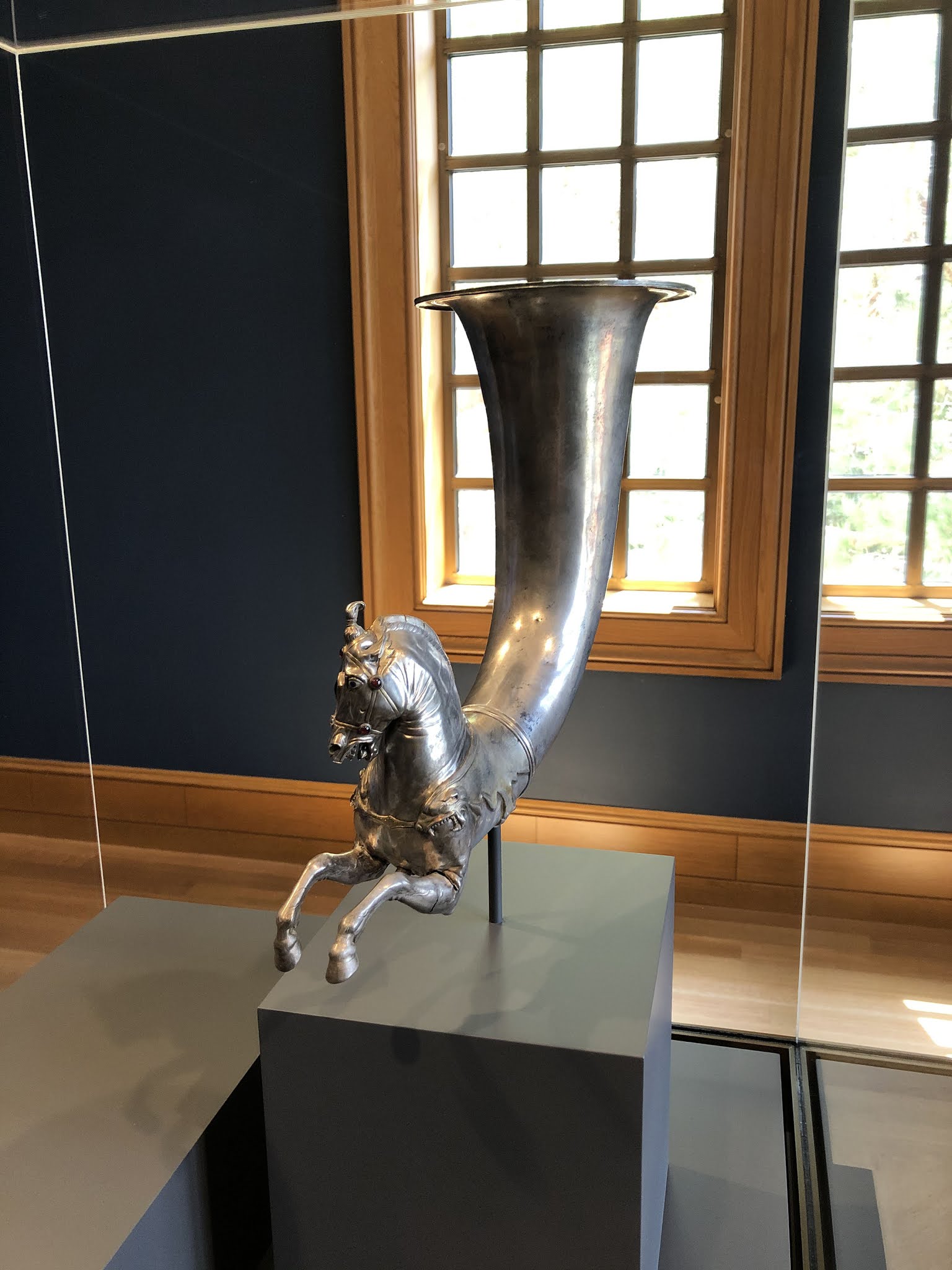 The other, a Drinking Horn in the Form of a Horse has glass eyes and a garnet-studded bridle. In any other context, it would be a show-stopper. 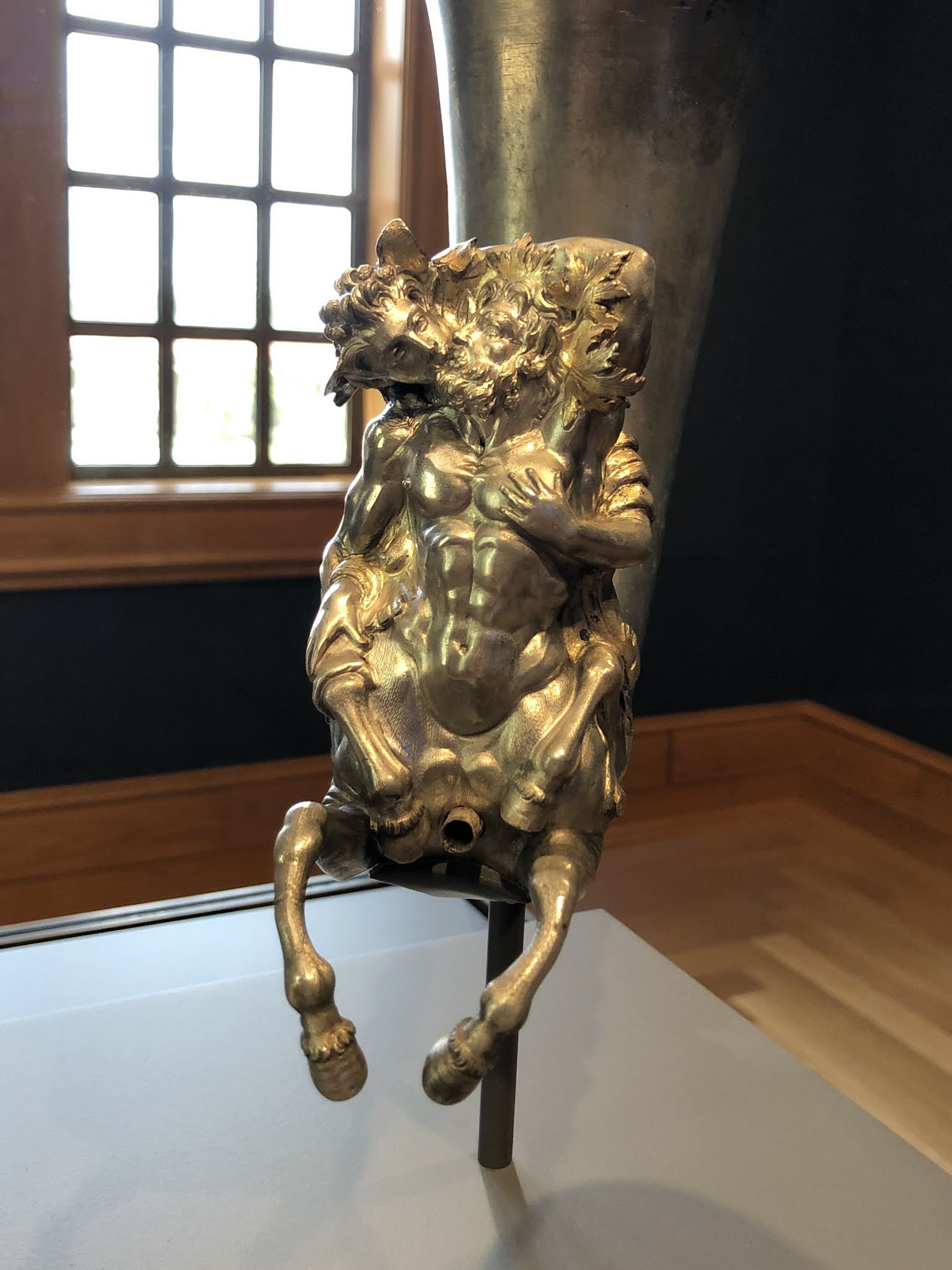 The vessel's spout, situated between the male's hind legs, would have spurted wine into an ancient cup or mouth. The grape and ivy wreaths identify both centaurs as followers of wine god Dionysos. In the back view, the male's crooked arm supports the female's head. 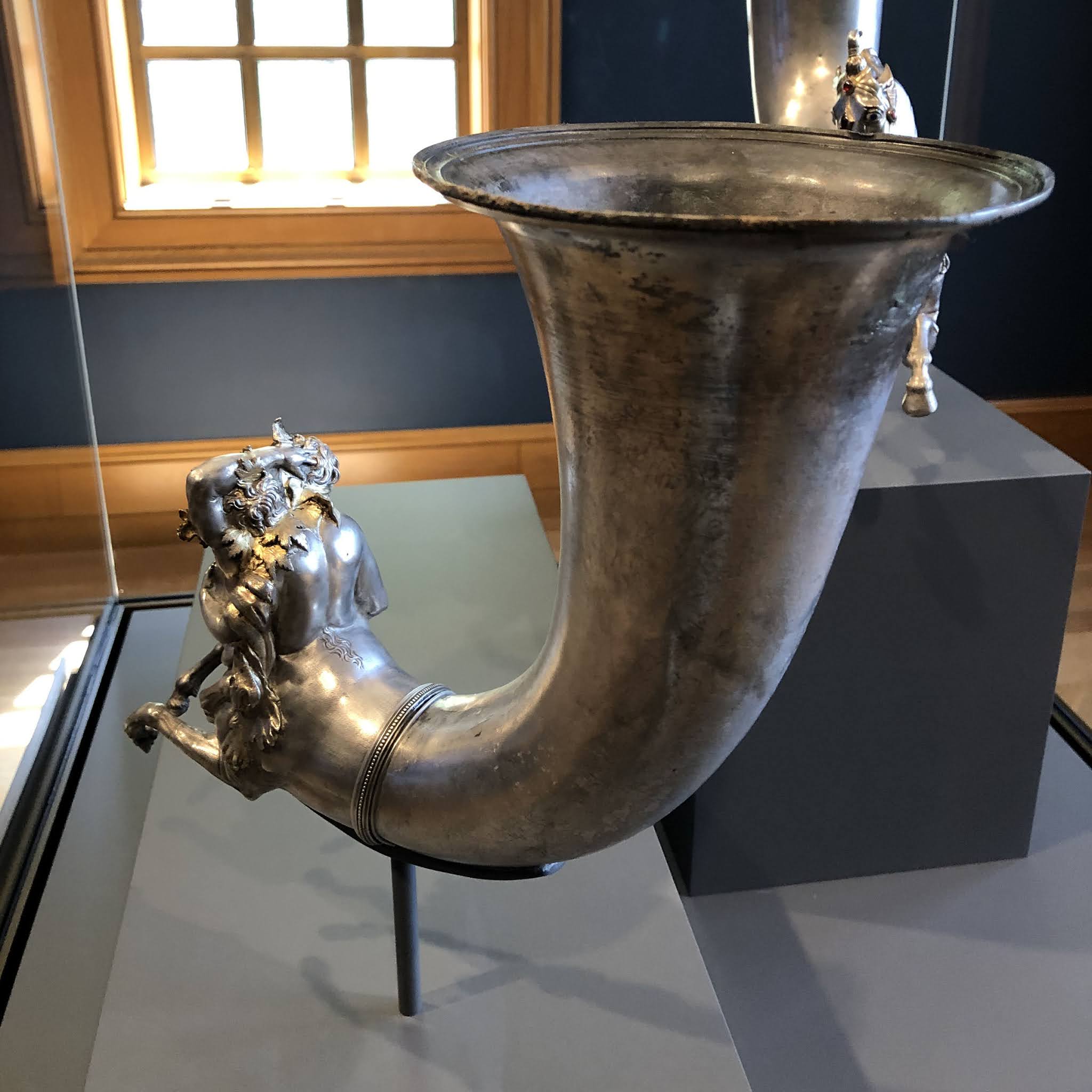 The rhyta are on the Villa's second floor, in a small square gallery (215) that's been used to display single works of art. There's no indication when the loan will end. That's another reason to book Villa tickets in the near future—along with loan shows on Mesopotamia and Assyrian palace reliefs, each set to run through late summer.

Certain humans since time immemorial have had an innate gift that can't be taught or learned. It's just there.

I was thinking of the Apollo flights to the moon in the 1960s. They were able to pull that off well before the age of laptop computers, cell phones and other high-tech wizardry of the late 20th, early 21st centuries.

In turn, those two Greek objects reflect a level of artistic and technical skill that predates black-and-white TV sets, tailfin automobiles and Boeing 707s by even more time.
April 26, 2021 at 4:12 PM

Anonymous said…
I don't see anything that positively identifies the supposed "female" as such. And in the back view the intertwining of the hybrid bodies becomes an anatomical impossibility. Apart from the front legs, the centaurs seem to share one equine body. Incredible!
April 26, 2021 at 6:26 PM