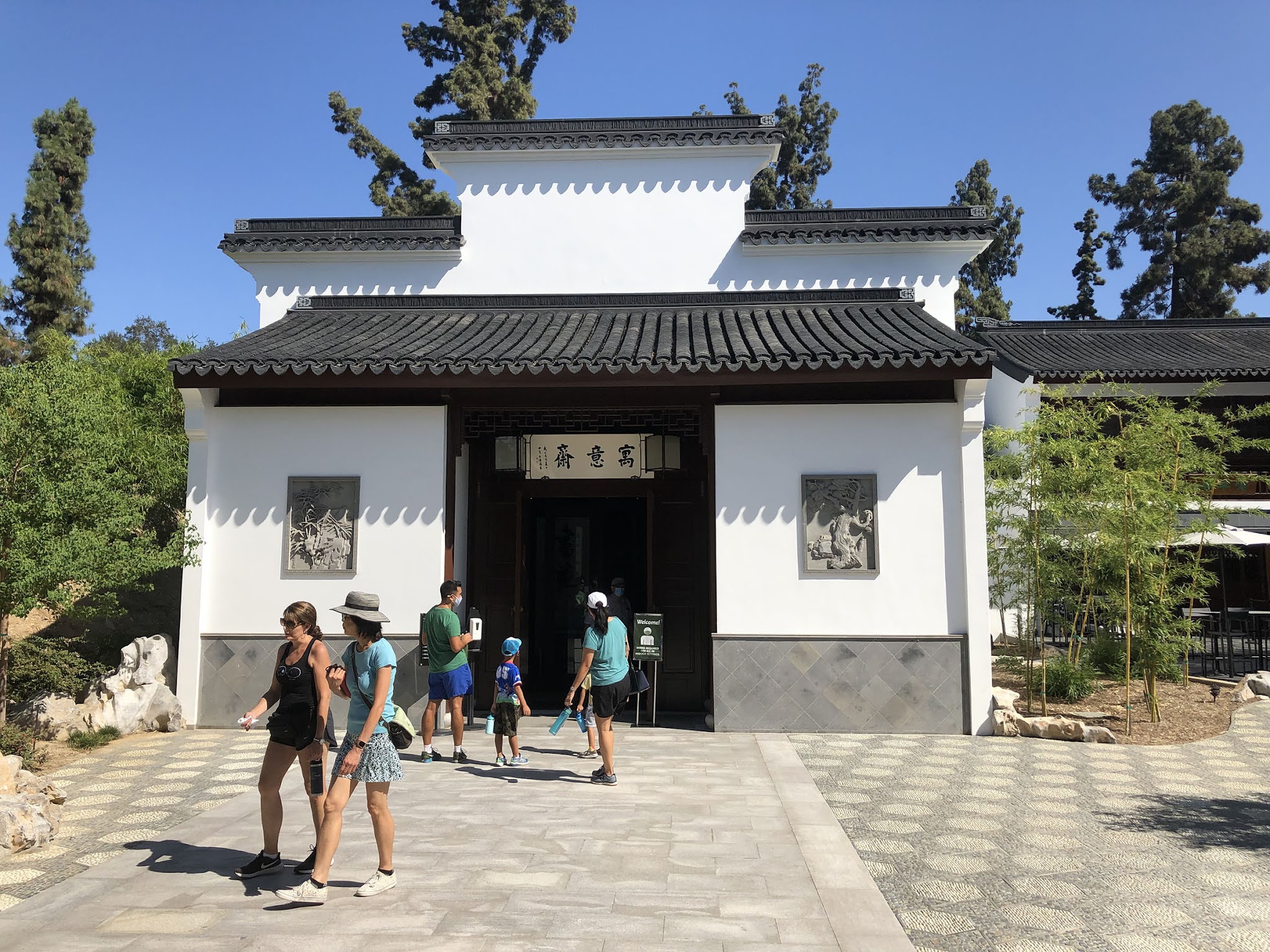 Contemporary Chinese art is having a L.A. moment. LACMA has one big show, with another coming in September. The Huntington has just opened a new gallery for rotating displays of Chinese art on paper and silk. Called the Studio for Lodging the Mind, it is a long-delayed element of the Huntington's Chinese garden (Liu Fang Yuan). The initial exhibition, "A Garden of Words: The Calligraphy of Liu Fang Yuan," displays ink works the Huntington commissioned as models for the garden's rock inscriptions. The 21 artists include some of the most prominent traditional calligraphers working today. 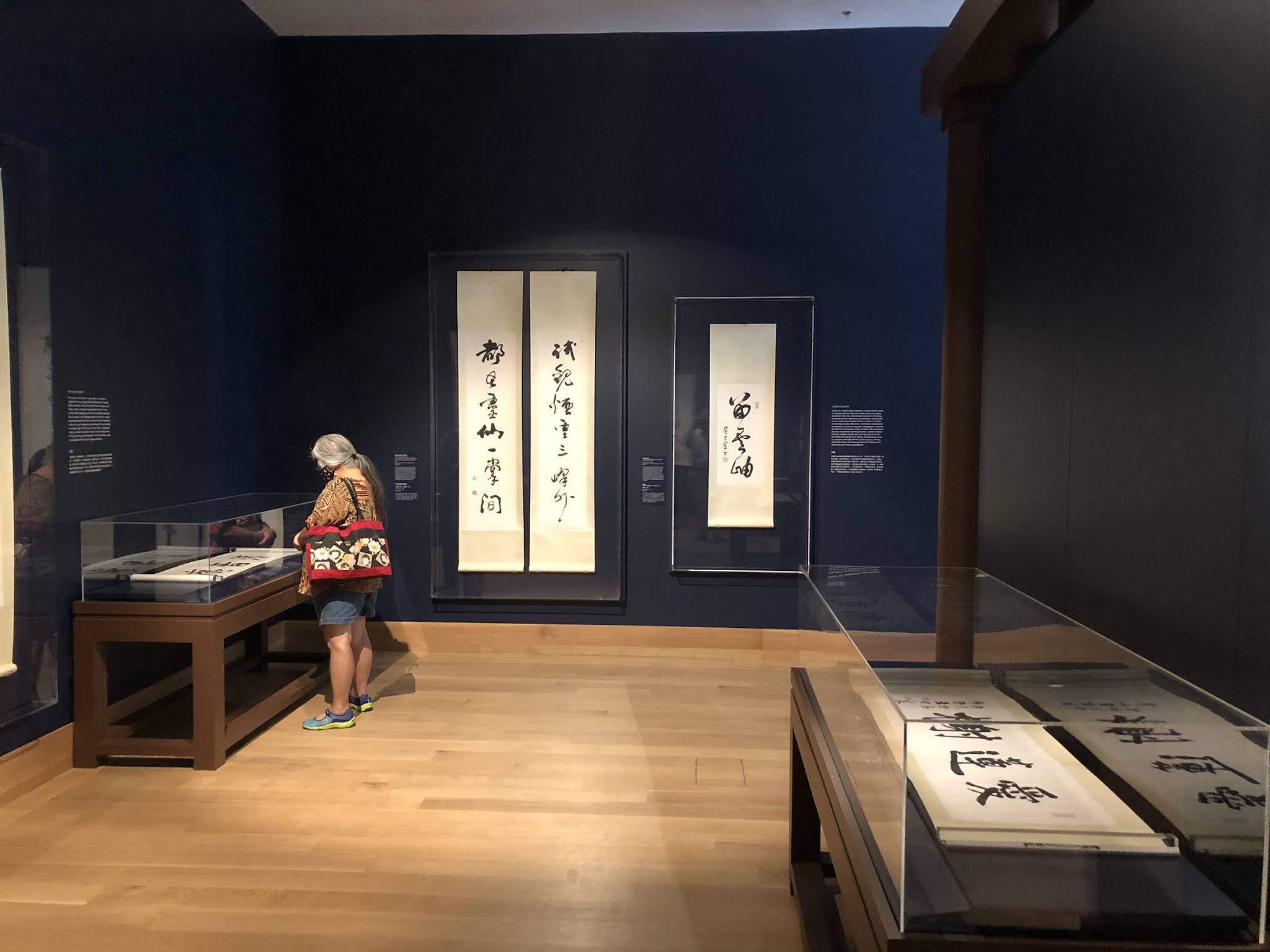 Henry and Arabella Huntington didn't collect Chinese art, aside from some deluxe porcelain. Not much Chinese material has been added since, with the exception of the Ten Bamboo Studio Manual of Calligraphy and Painting (about 1633-1703), a rare color woodblock book (mounted as an album), acquired in 2014 as the garden plans were moving forward. Thus the Studio for Lodging the Mind is not collection-based like the art and library spaces. It will require loans for future programming.

The condo-size space is comfortably lighted except near the entrance, where light streams in through glass doors, causing some distracting reflections. "A Garden of Words" is best described as an ideal didactic show ("Calligraphy for Dummies"). The attentive visitor can learn to distinguish the five types of scripts, aided by two well-produced videos and displays of brushes, ink blocks, and seals. This isn't overkill, given how little most Americans know about calligraphy. On the other hand, you don't learn too much about the artists or the process of inventing the garden's inscriptions.

"A Garden of Words" is a one-off. After that, what? The Studio's modest dimensions preclude Yuz-worthy blockbusters, and the lack of a Chinese collection appears to make loans of rare historic scrolls difficult.
Chinese scroll painting and calligraphy are not only unfamiliar to most Americans but require time to appreciate. The Getty had a similar challenge in introducing illuminated manuscripts to L.A. audiences. But the Getty had a collection ensuring a consistent quality level, and it sited its manuscript room so that it was one of the first that visitors encounter. The Studio for Lodging the Mind is a small, easily missed attraction on the fringes of a sprawling cultural Disneyland.
L.A. needs more venues for Chinese art. Convincing Huntington visitors of that may be the biggest challenge going forward.
"A Garden of Words: The Calligraphy of Liu Fang Yuan" will be presented in two rotations: the first through Dec. 13, 2021, and the second Jan. 29 to May 16, 2022. 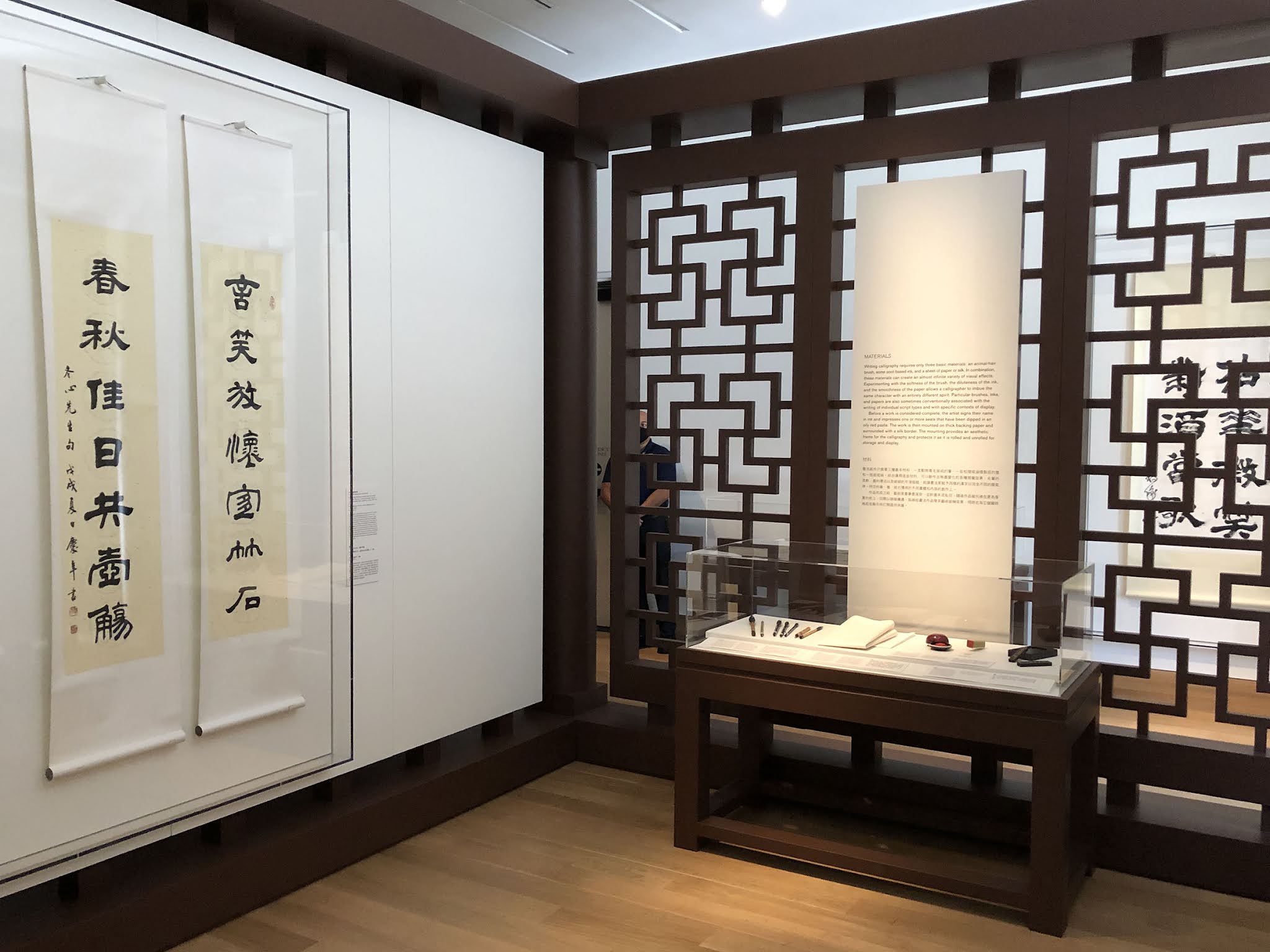