Last summer there were news stories about LAXART's attempt to secure loans of decommissioned Confederate statues for an exhibition in L.A. It sounded interesting then, but even more so now. A letter from LAXART director Hamza Walker to Charleston, S.C., Mayor John Tecklenburg, requesting the city's statue of John C. Calhoun, has gone public. It says the exhibition will be at MOCA, not LAXART, "in an indoor gallery space" (sounds like the Geffen, but that's not specified). It will be co-curated by artist Kara Walker. The working title is "MONUMENTS," and it's planned for fall 2022.

Finally, if you want another example of how media can get cultural coverage so wrong, try this news story from Charleston's Channel 5 News. Newscaster Danielle Seat is either pandering to her audience or is truly unclear on the concept:

"One of the artists, Hamza Walker, says in a letter to the city that he and another artist [Kara Walker] are co-curating this exhibit called 'Monuments.' They believe the Confederate monuments, which once stood in front of courthouses and capitol buildings, symbolized a battle 'courageously' fought to defend states’ rights from tyrannical federal government during the Civil War, instead of slavery. Walker says in the letter that they plan to use the monuments to create new artwork, which they believe will confront and challenge these long-held beliefs about the real people behind the inanimate objects…"

Walker, of course, says nothing of the kind. If you've any doubts, please read the letter. 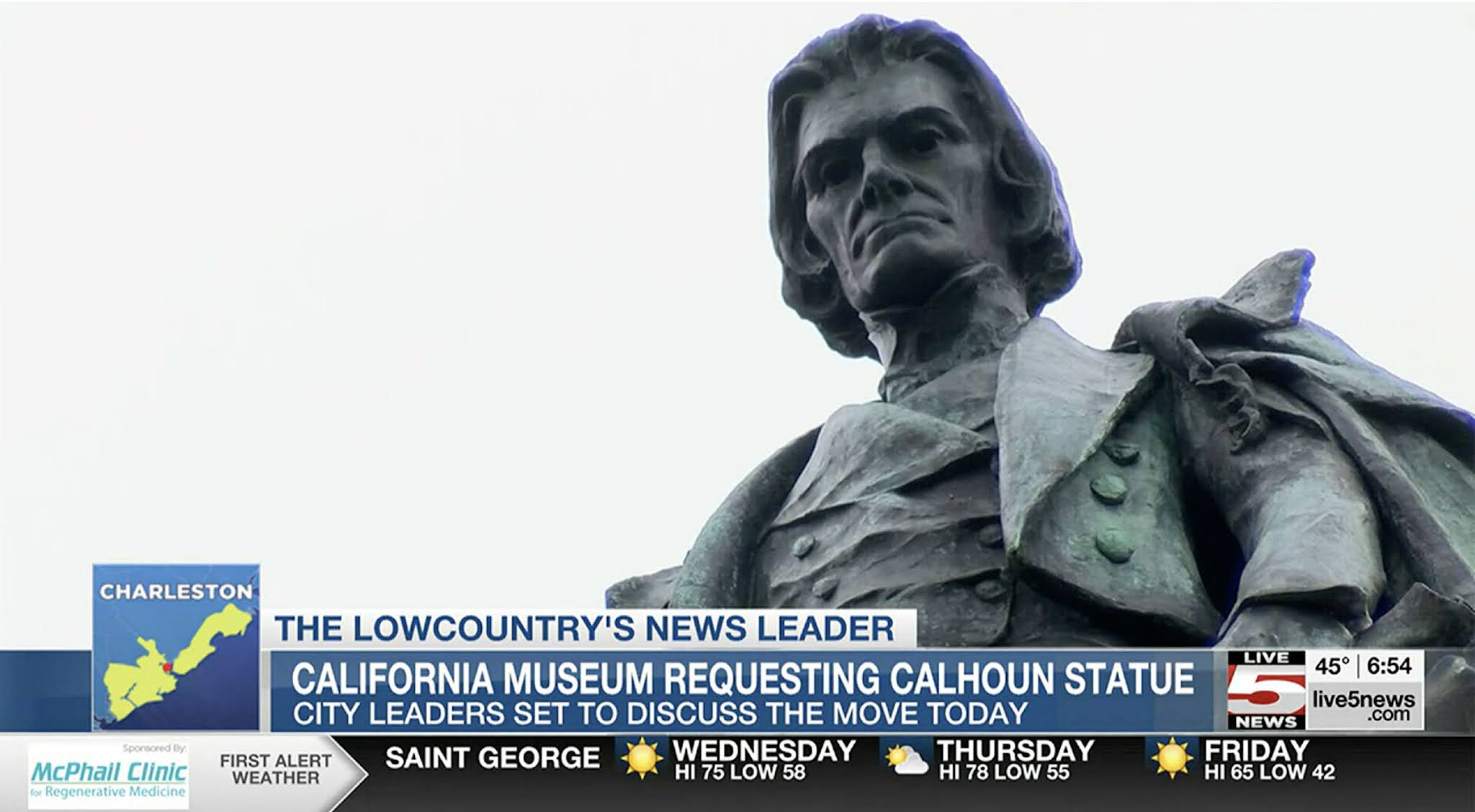