Cold War Simmers at the Wende

History museums operate from a standpoint of remove. They look back at an epoch, framing it as a self-contained allegory of contemporary issues and anxieties. From its inception the Wende Museum of the Cold War has both fit that pattern and transcended it. Not unlike its Culver City neighbor, the Museum of Jurassic Technology, it is a place that often confuses people. Is the Wende a shrine to Stalinism or a self-righteous put-down of it? In an ideologically binary age, it can be hard to accept serious curiosity about a past and an otherness that resonate (loudly).

The Wende's latest exhibition, "The Medium is the Message: Flags and Banners," opens as the Russian invasion of Ukraine has stoked talk of a new Cold War. Some elements of the show must have been reconfigured at the last moment. The powerful opening statement is The Soviet Flag, a work by Polish-American dissident artist Jan Sawka made just as the Soviet Union collapsed (1991). With the suggestion of a hammer and sickle at upper left, the flag melts into the colors of blood and oil. It's a drip painting encroaching on someone's peaceable landscape. 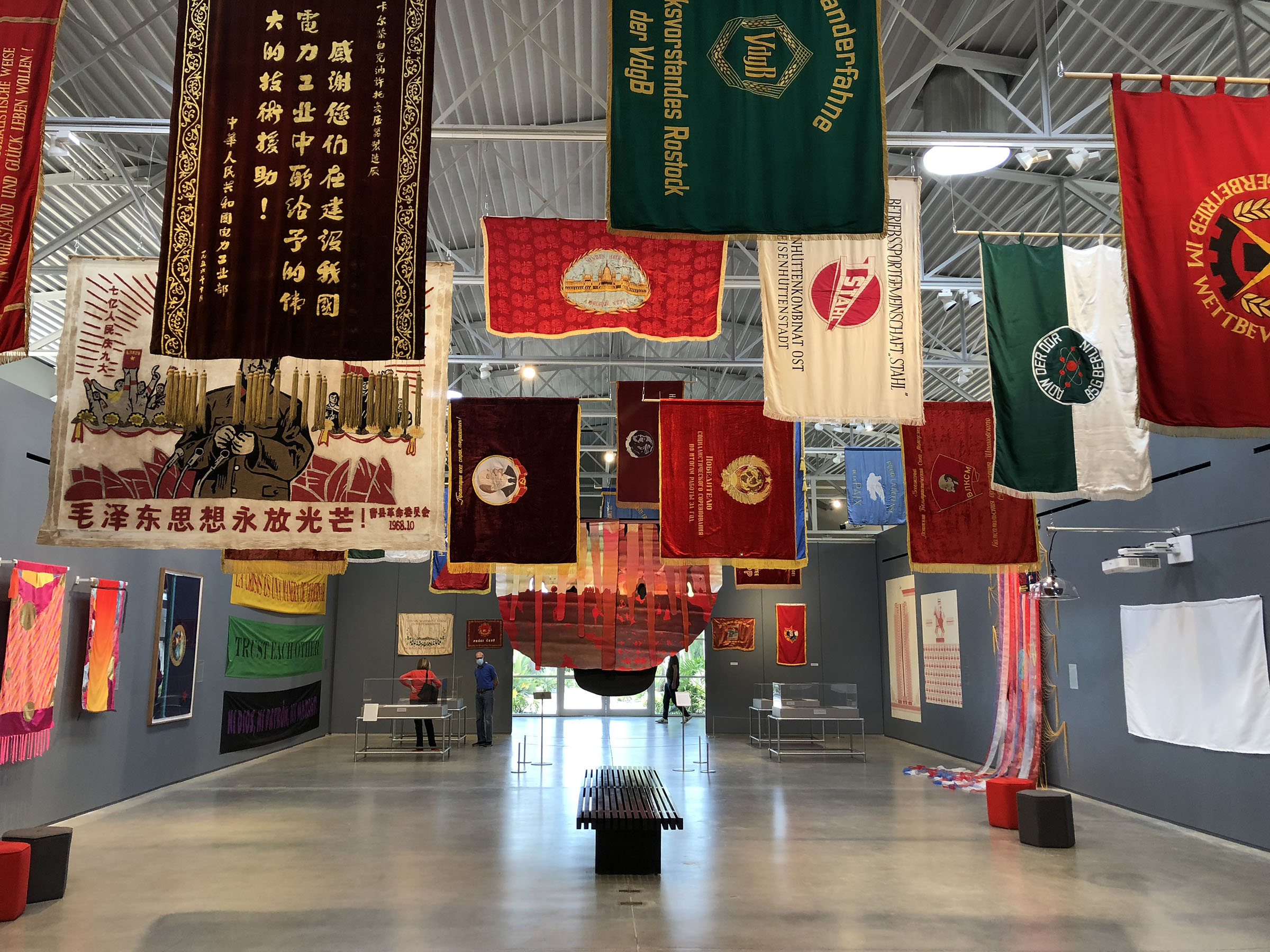 Sawka tweaked the tradition that forms the exhibition's core. "The Medium is the Message" is primarily about the graphically punchy flags created in Eastern Europe and East Asia, 1950s through 1980s, to celebrate the many moving parts of Marxist economies. The richly decorated textiles were shown in May Day parades and in lobbies of state-owned businesses, part of an ambient visual om not unlike that of Western advertising. 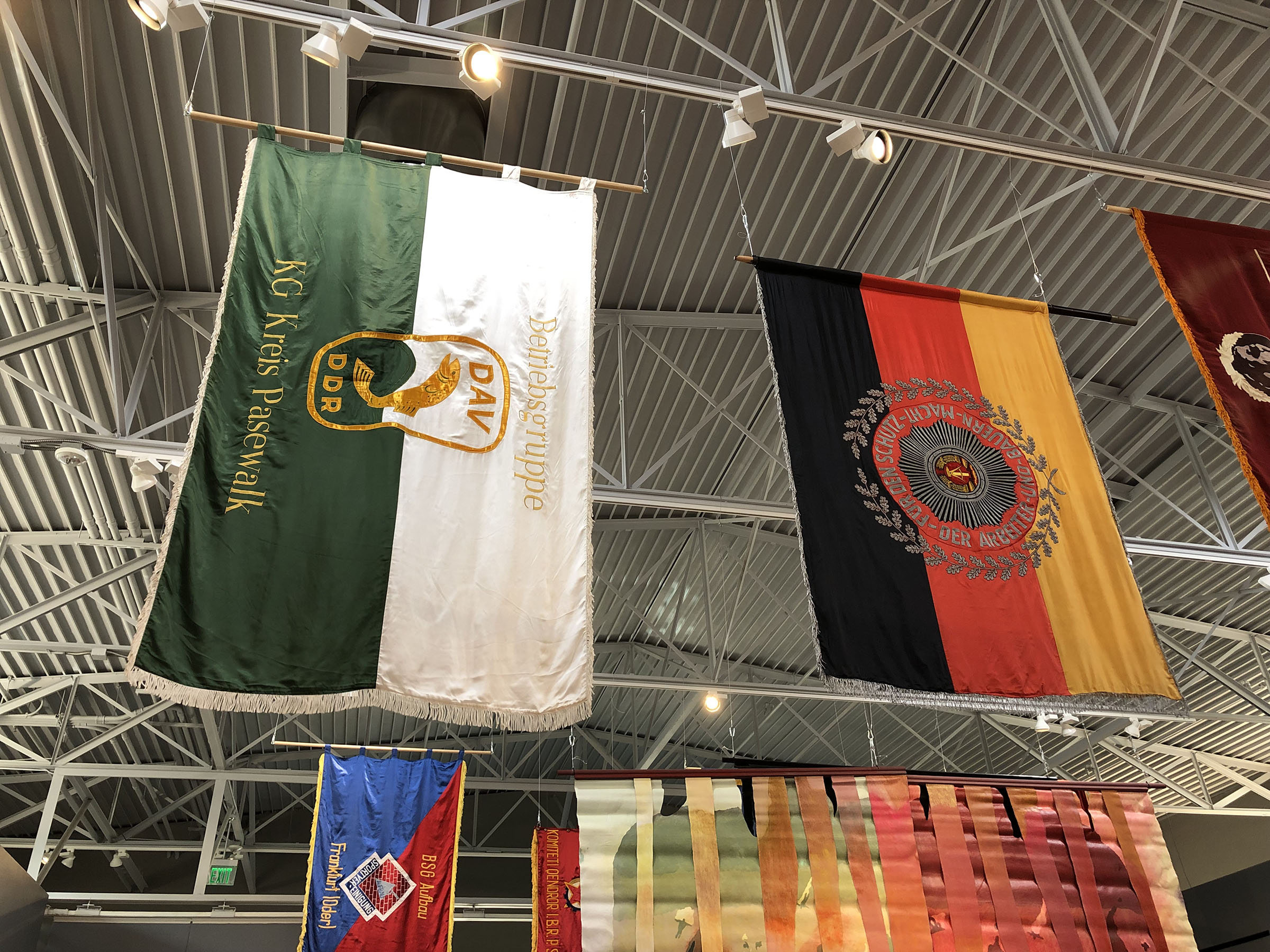 The Wende's collection has about 2000 such banners, including the freak flags of Soviet hippies and other nonconformists. The selection is augmented by contemporary flag/artworks by L.A. artists Renée Petropoulos and Cauleen Smith.

Among the humblest objects of this eye-candy show are four banners from the Ukrainian Insurgent Army. In the 1940s the Ukrainian resistance conducted a guerrilla campaign against the Soviet Union, Communist Poland, and Nazi Germany. As the labels point out, the Ukrainian Insurgent Army were not uncomplicated heroes. They initially sided with the Nazis over the Communists. This provides background to Putin's pretense of cleansing Ukraine of Nazis, as well as demonstrating the universality of whataboutism. The Ukrainian banners were confiscated by the Soviets in the late 1940s and held in a KGB archive. They were acquired by the Wende in 2002.

"The Medium is the Message" runs through October 23, 2022. It's accompanied by an exhibition of Dutch photographer Martin Roemers' documentation of the ruins of Cold War brutalism.