The Santa Barbara Museum of Art is showing a painting with the unusual distinction of having been deaccessioned by both the Metropolitan Museum and the UCLA Hammer Museum. In the 1950s the Met sold The Best Children as "attributed to Thomas Lawrence," meaning there was some doubt about its creator. Armand Hammer bought the painting for $2700, had it cleaned, and decided it was an original Lawrence.

When Hammer bought it, the picture showed two children, the girls. His restorer removed overpainting to reveal the reclining boy at left, in red. Why was one figure painted out? Hammer suggested that the boy had died and the family had him painted out. This is possible—anything's possible—but it's not necessarily likely. Other family portraits of the period commemorate deceased children as well as surviving ones. The child mortality rate was high, and death was accepted as part of a family's history.

In Hammer's telling the erasure of the boy threw off the painting's composition. The girl at left was looking at nothing. That, presumably, was why the Met deaccessioned it. With the boy restored, the painting again made sense as a major Lawrence portrait. This analysis bolstered Hammer's belief that he was a uniquely brilliant art collector (an opinion not widely shared).

Hammer promised his collection to LACMA. Instead he gave it to his vanity museum in Westwood. UCLA took over Hammer's museum and later returned some art to the separate Armand Hammer Foundation, in exchange for releasing some of the more onerous conditions of Hammer's bequest. The Lawrence was one of the works UCLA returned. Now owned by the Hammer Foundation, it's on loan to SBMA. It's shown in the salon-style hang of the Ludington Court. For the record, these are mostly lesser paintings that benefit by being seen from a distance.

The Best Children has puzzled specialists because its style is consistent with Lawrence's early career, yet the ages of the children (of William Samuel Best, 2nd Baron of Wynford, 1798-1869) imply a date in the late 1820s. SBMA's website theorizes that Lawrence executed the faces only and the rest was done by assistants. 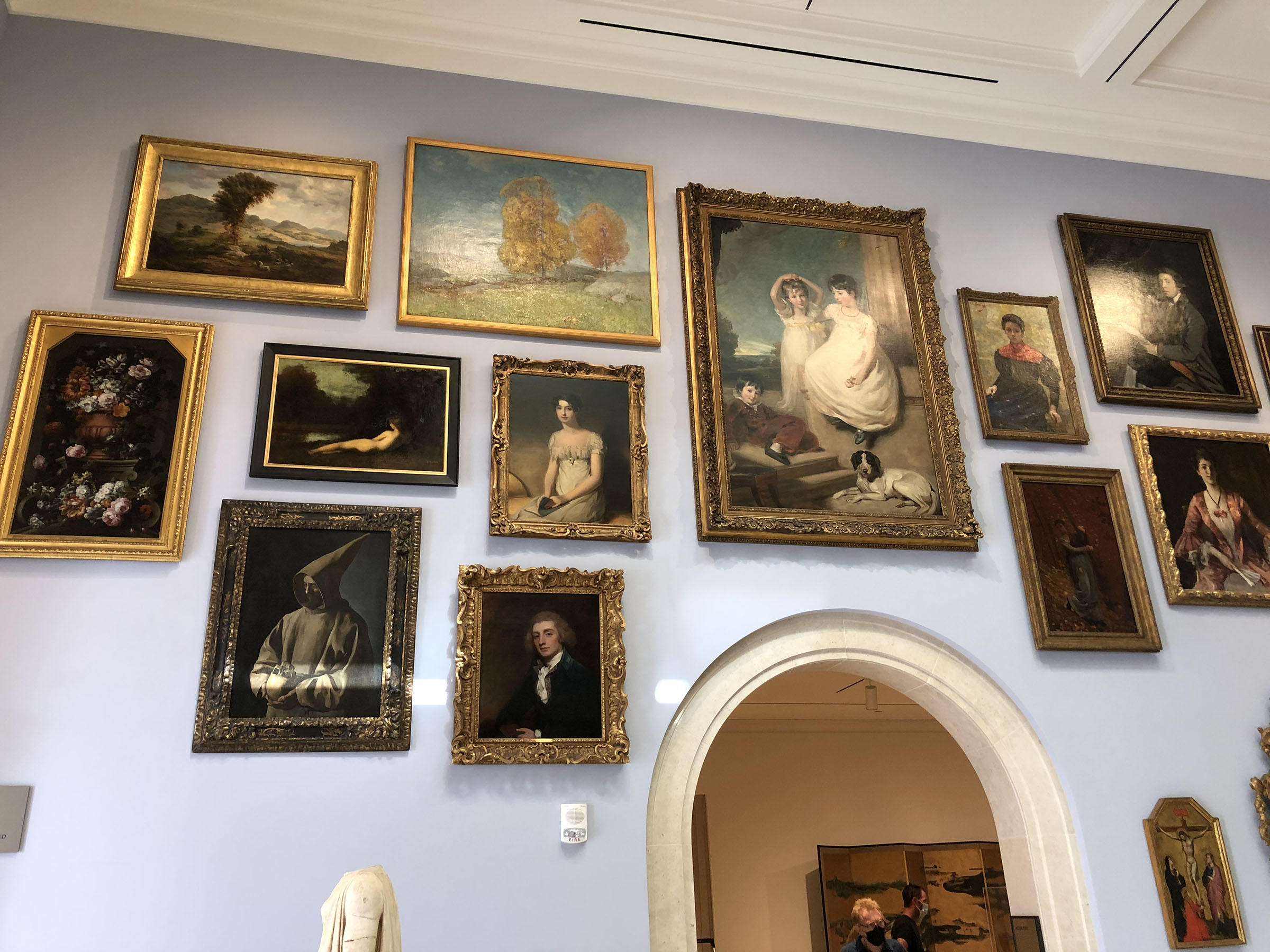 Ted Gallagher NYC said…
Salon-style hangs? I can't stand them. If bad paintings show better from a distance, then don't show them at all. Less is more.
The MFA Boston and the Walters in Baltimore, as examples, do this. And many of their Far-offistan paintings are good, which offends all the more.
My own Met does it as well, though on a limited basis.
Sad.
April 12, 2022 at 8:51 AM

Anonymous said…
It's interesting how widespread are the number of artworks that show a lot of technical skill, if not creative excellence too.

But whether by Lawrence or not, that painting has a very saccharine quality, perhaps enough to give the observer a case of visual diabetes.

By contrast, a lot of artworks at a MOCA, for example, are very avante-garde-huh?! and displayed in a format of anti-salon. Or where blank white walls dominate a gallery. That's the opposite extreme.

The blog entry about the current exhibit at the Wende museum makes me realize that a lack of balance (cultural/political, artistic-governmental) seem to be built into the human condition.
April 12, 2022 at 5:31 PM