In 2007 MOCA's "©MURAKAMI" drew controversy for including a working Louis Vuitton boutique within a museum. That dispute seems eons removed from the world in which The Broad's "Takashi Murakami: Stepping on the Tail of a Rainbow" has just opened. Murakami's art—pegged as sunny, accessible, and lightweight—can appear irrelevant as America edges towards autocracy and World War III looms. Yet there's a dark side to Murakami's art, too, that Eli Broad embraced. 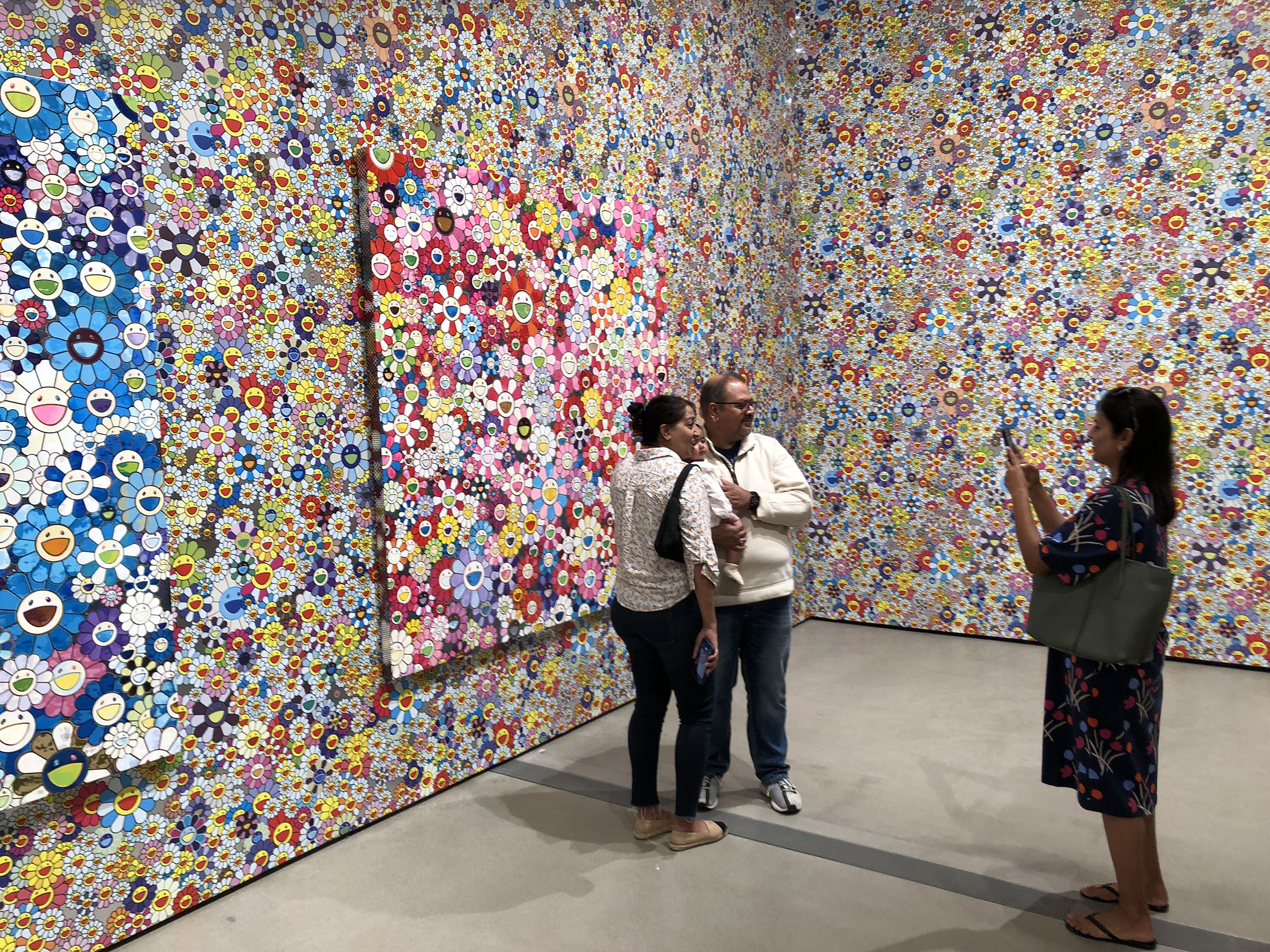 Relevance was not an issue for the throngs attending on opening weekend. One observation is that the "immersive" juggernaut has changed how visitors engage with Murakami's art. For many the exhibition was a selfie soundstage, with real art rather than projections. Adding to the social media focus was an augmented reality component in which virtual sculptures appear in the Instagram app at points in the galleries and outside the building. Despite being easily accessible via QR codes, that was beyond the digital skills of many visitors, forcing the black-clad VSAs to conduct impromptu tech support sessions. (Pro tip: Make sure your Instagram app is the latest version.)

The carnival atmosphere was in contrast to the meditative and often pessimistic tone of much of the art. The Broads bought an early painting of Zen sage Daruma, My arms and legs rot off… (2007), and followed that up with a 32-ft-wide 100 Arhats (2013) and and the 82-ft-wide In the Land of the Dead, Stepping on the Tail of a Rainbow (2014). It's these panoramas of holy madmen and mortality that supply the backdrops for many of the selfies.

Most of the works on view are from the Broad collection and will be familiar to regular visitors. The difference is that they're all on view at once and, uh, you have to pay $18 to see them. (The Broad is free except for ticketed exhibitions like this. In this case the ticket is a two-fer that also gets you into another special exhibition, "This is Not America's Flag.")

One truly new work is a 2022 painting, Unfamiliar People, making its debut here. The work is described as the artist's take on the social weirdness of the pandemic. Murakami's cartoon goofs have changed during lockdown, and not for the better. A gallery text quotes the artist:

Between normal times and times of emergency, people drastically change, and everyone started to look like aliens to me… On social media, for instance, someone who used to seem like a kind, naturalist type unexpectedly started an aggressive protest against vaccines, denying their efficacy and claiming that the government was lying. I felt scared of people. I sense that in times of emergency, everything about people could change, and wanted to give form to this feeling. 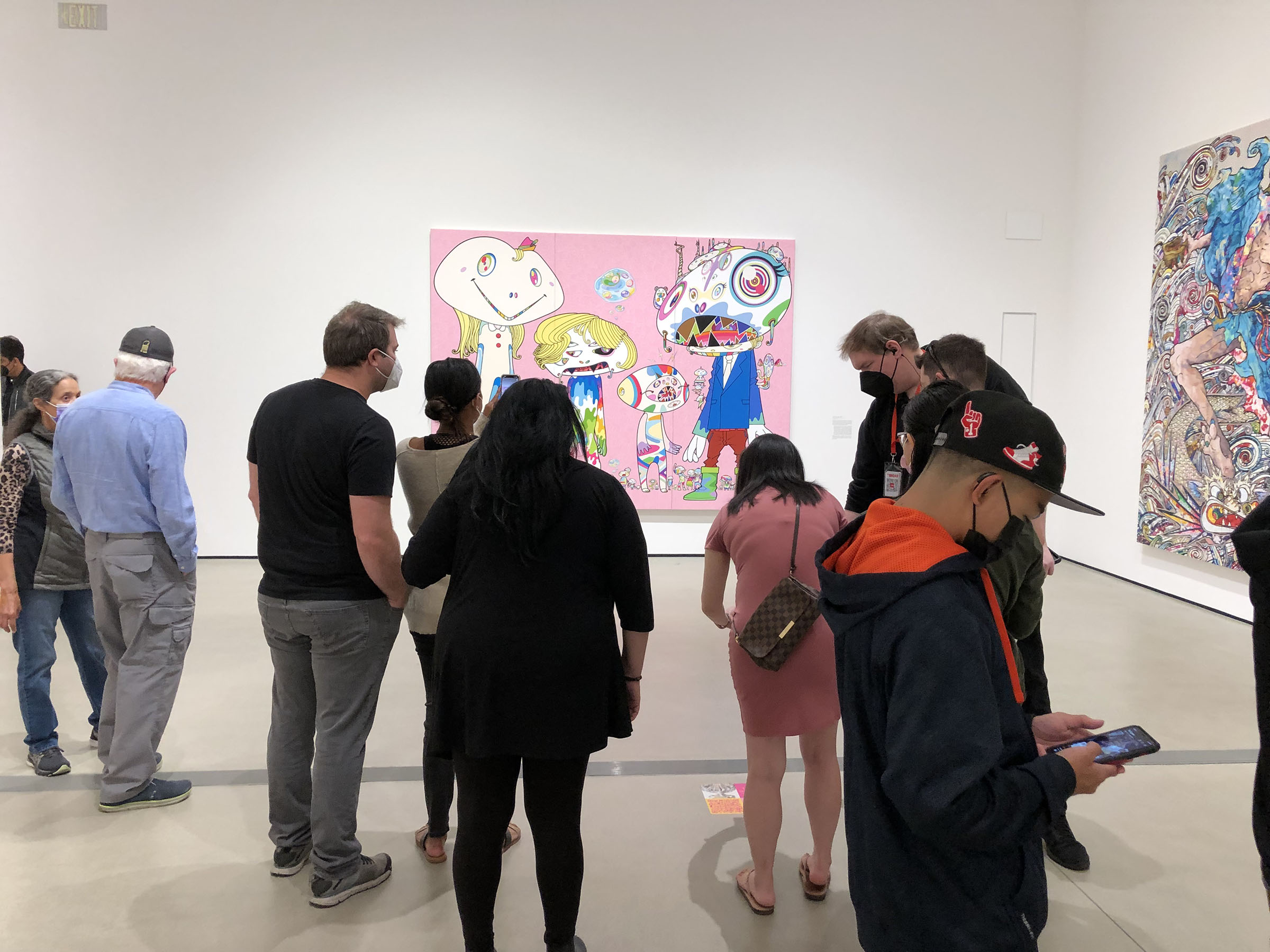 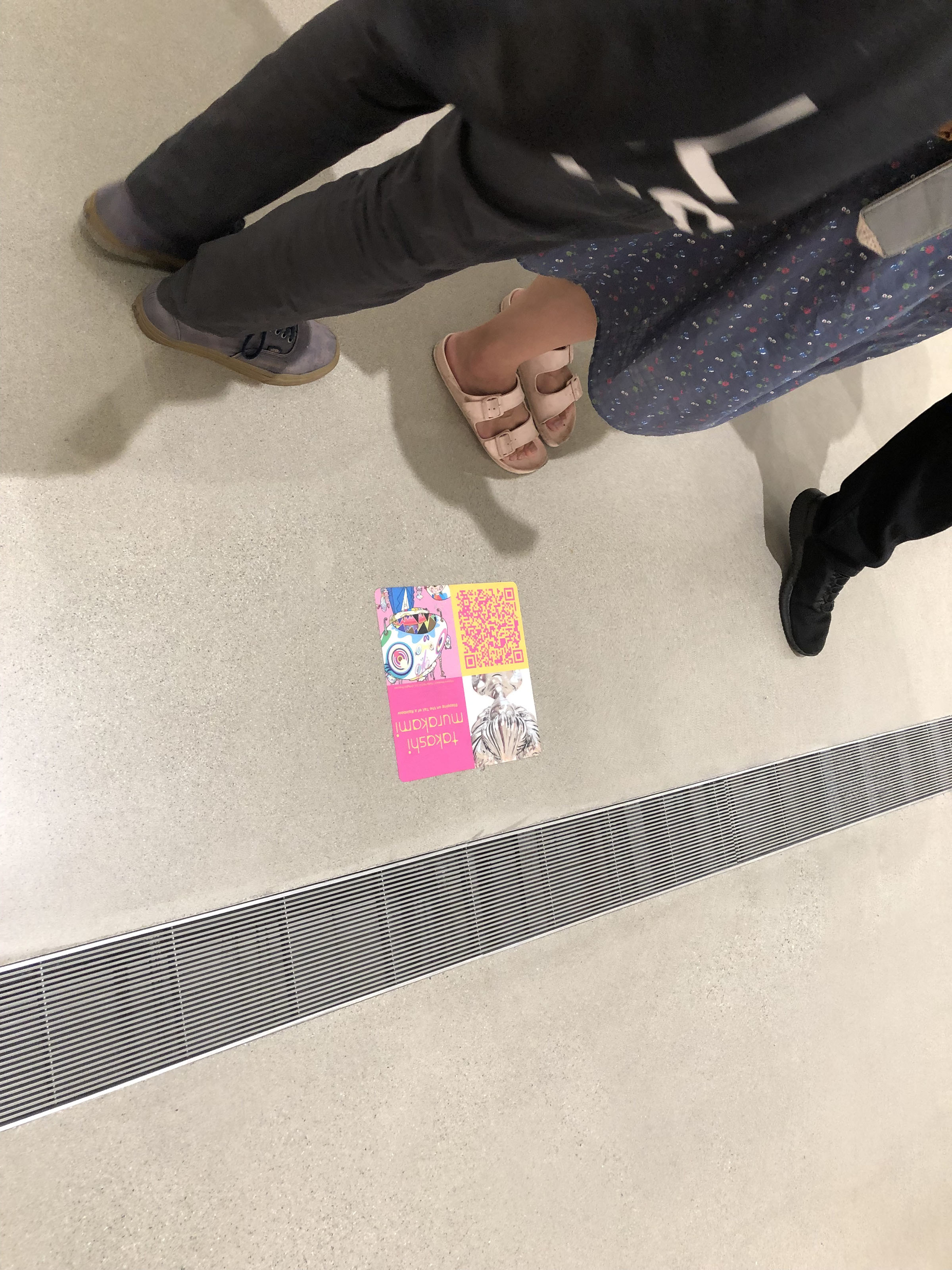 Anonymous said…
Murakami's works are no less caught up in today's world of art as a commodity.

Comedienne Wanda Sykes described the incident at this year's Academy Awards - and the audience's enthusiastic reaction to the person in question well after his incident had occurred - as "gross."

This is gross too:

Ted Gallagher NYC said…
In reading Culturegrrl's recent posting [link provided, above], my blood boiled as I shouted, "Where do these directors get the nerve?"
I see Max Hollein robbed us of our Pollock, “Number 7, 1952,” in the Met collection, for his private studiolo.
He's not an outlier, evidently. Philippe de Montebello, I recall, took a Claude in the same way.
Keep your grasping paws to yourselves, I say! And get off your derrieres and visit OUR treasures in the galleries, like everybody else.
I'm so angry I could spit!
May 23, 2022 at 4:44 PM