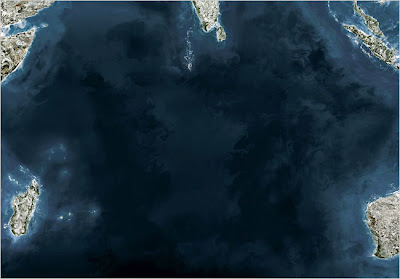 "This is our globe."
—Michael Govan, on Andrea Gursky's Ocean (2010), a set of photos from satellite images recently bought for LACMA. In Carol Vogel's NYT column, Govan says he plans to create a space for the four 8 by 11-foot photos within LACMA's historic collection. He adds the interesting fact(?) that 19th-century museums often had globes as the "linchpin" of their galleries. 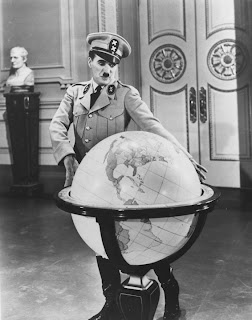 Anonymous said…
And this is why I think Govan is money. Did Andrea Rich ever convince trustees to shell out money on a contemporary artist? Would she even have cared to go to a contemporary photography exhibit? LACMA, since Govan, has gone from a backwater to the most exciting museum in town.
May 21, 2010 at 9:30 AM