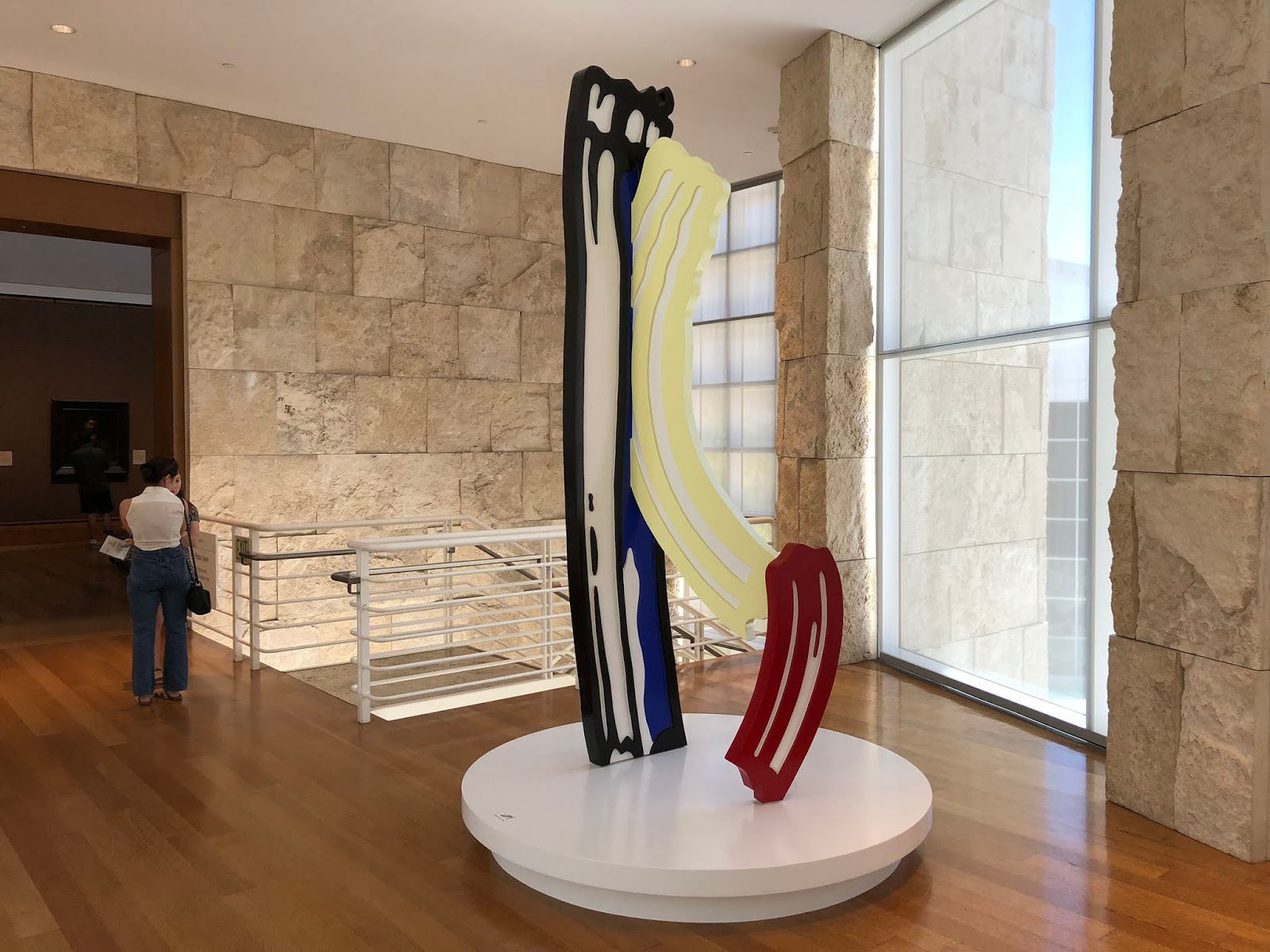 Roy Lichtenstein's Three Brushstrokes (1984) is back on view, now in the Getty Center's East Pavilion. This is the Stark collection sculpture that had been shown outdoors, beside the Getty Research Institute's entrance. It was taken off display for conservation study and treatment nearly a decade ago.

The Starks bought the sculpture in 1989. They installed it in their Holmby Hills backyard and found that, after just a few years of California sun, the paint was fading and flaking. The Starks had Three Brushstrokes repainted using a riper yellow than the pale hue Lichtenstein chose.

The Getty reverse-engineered the original colors and commissioned Lichtenstein's studio manager, James De Pasquale, to repaint the sculpture after it had been stripped to the bare aluminum. De Pasquale had painted it originally.

Three Brushstrokes becomes the only contemporary work to be shown immediately adjacent to the Getty Center's rooms of pre-1900 European art. Lichtenstein was trolling the "Old Masters" of his time, the Abstract Expressionists. In a 1964 interview, the artist spoke of "doing something on Abstract Expressionism," of painting "a brush stroke, a picture of a brush stroke... where the drips are actually drawn drips that look like drops of water drawn by a commercial artist."

A 1964 issue of Strange Suspense Stories, with art by Dick Giordano and Charles Nicholas, supplied the motif for Lichtenstein's 1965 painting Brushstrokes. Lichtenstein elaborated on the brushstroke theme in a career-spanning series of 2D and 3D works.
Adjacent to the Lichtenstein is a new gallery of Italian baroque painting. The Getty's former Sketching Gallery, E 206, which recently hosted a Caravaggio loan, is now a space for the permanent collection. It's showing broad-brush works by Castiglione, Guido Reni, Mattia Preti, Giovanni Lanfranco, Salvator Rosa—plus the not-so-gestural Carlo Dolci. Most had been purchased by J. Paul Getty, who was ahead of the curve in American appreciation of Italian Baroque art. 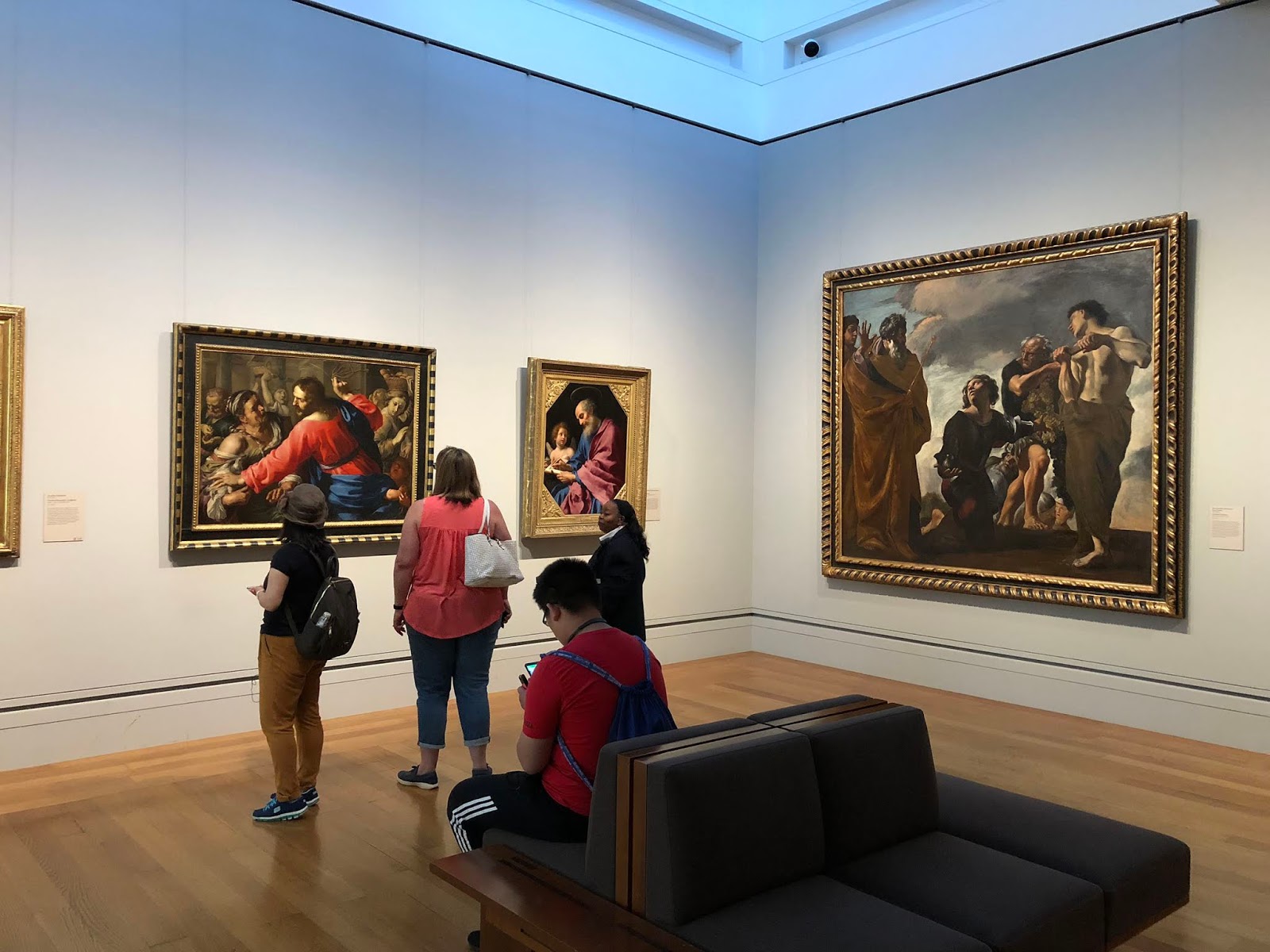