A Symbolist "Sinner" at the Getty 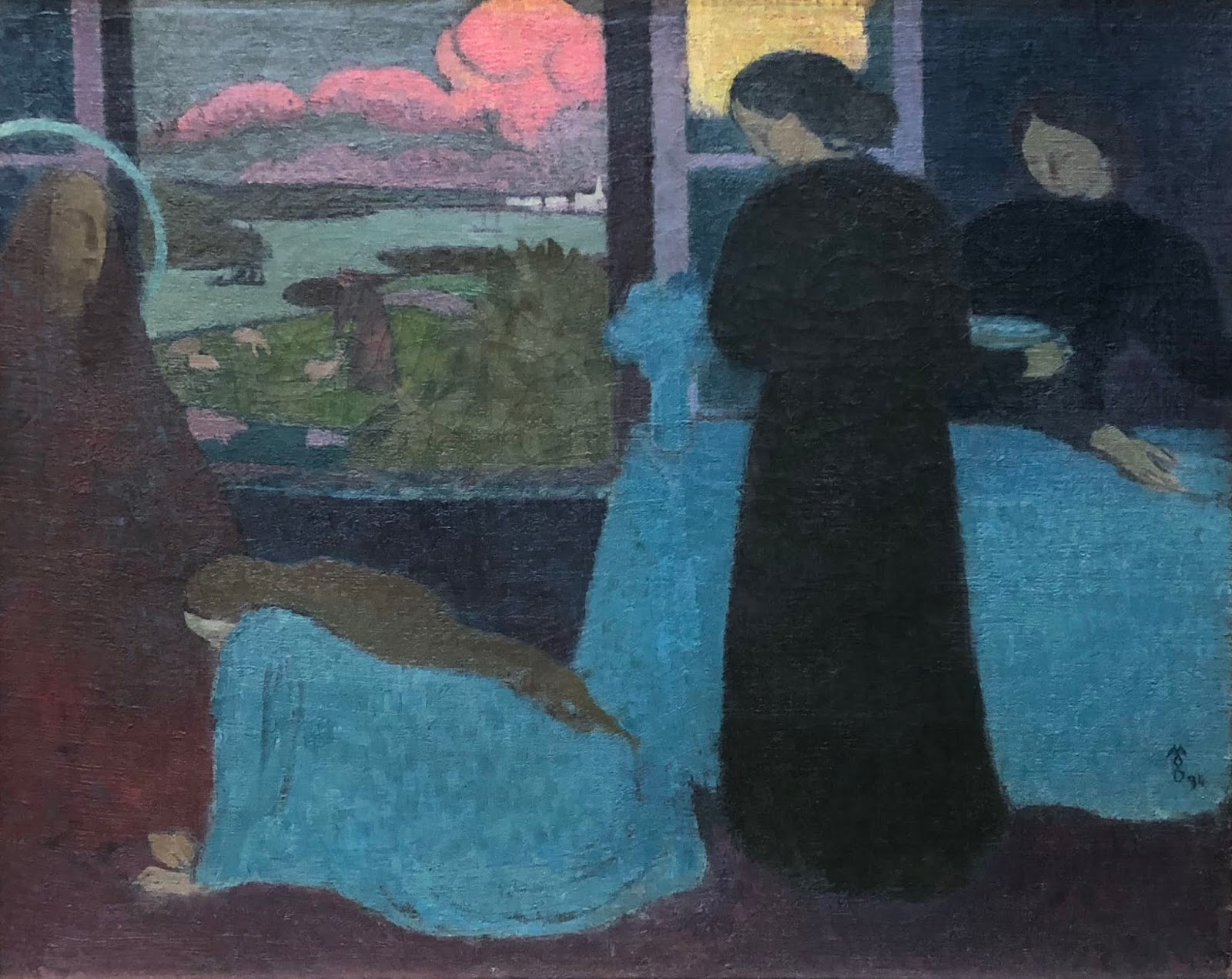 The Getty Museum is showing Maurice Denis' The Sinner (1894), a loan from an unnamed private collection. Only the haloed figure at far left betrays the Biblical subject, Jesus in the House of Martha and Mary. Mary of Bethany, kneeling at Jesus' feet, is often identified with the more famous sinner Mary Magdalene.

The Sinner is displayed facing James Ensor's Christ's Entry in Brussels in 1889. Together they document the contradictions of the Symbolist movement, with its uneasy mixture of Catholicism, libertinism, and mysticism. Ensor and Gauguin outraged the faithful by painting Christ with their own faces. Denis however was a sincere Catholic. Though known for his modernist dictum that a picture "is essentially a flat surface covered with colors," Denis' avant-garde paintings of the 1890s were often based on Christian themes.

"Then in 1900 everybody got down off his stilts," as William Butler Yeats recalled. "Henceforth nobody drank absinthe with his black coffee; nobody went mad; nobody joined the Catholic church; or if they did I have forgotten."