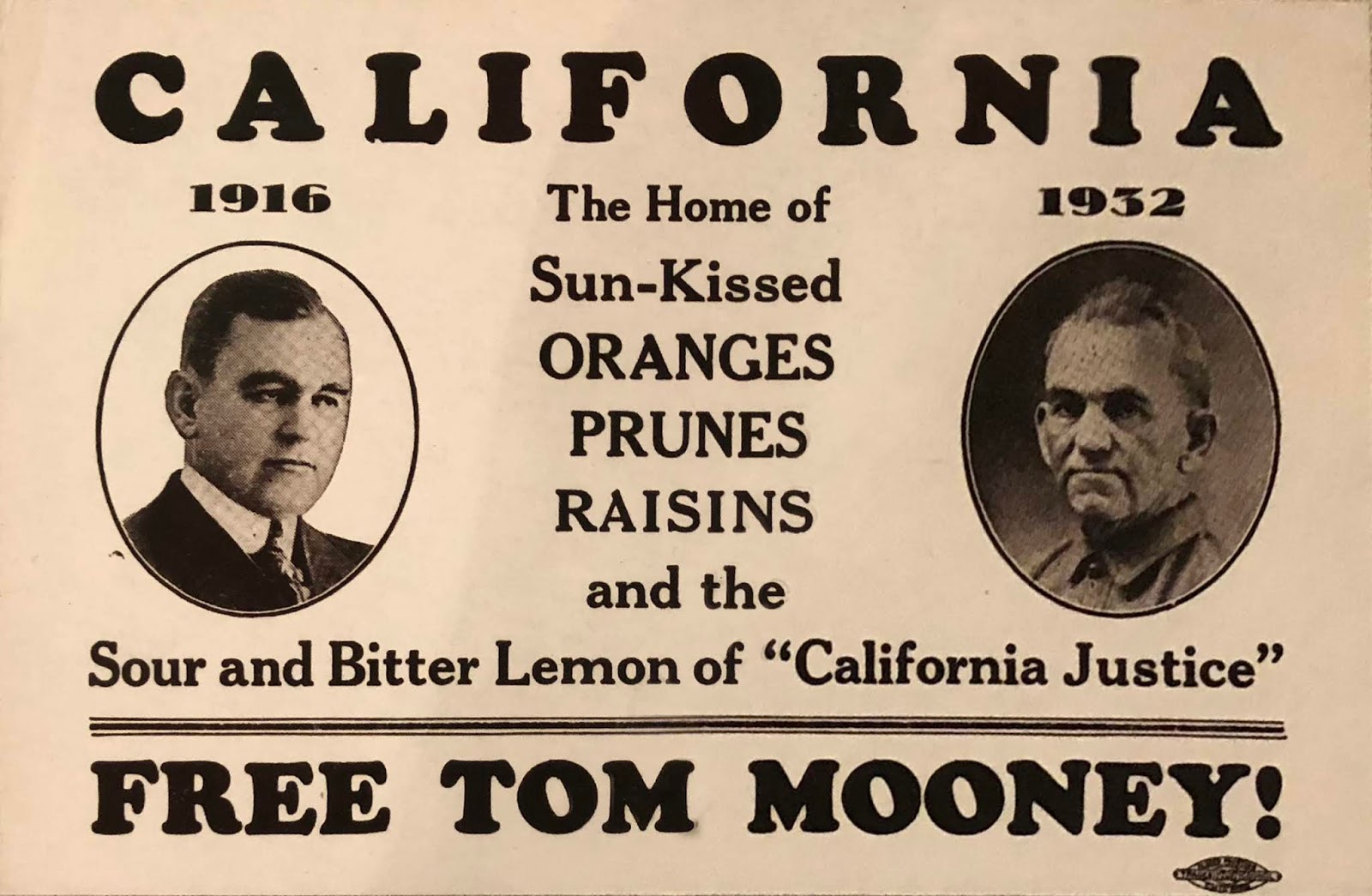 In 2012 LACMA bought an unusual tempera painting by Ben Shahn, Apotheosis. It's now getting focus exhibition treatment in "Shahn, Mooney, and the Apotheosis of American Labor." Ultimately Apotheosis is more interesting for its politics than its aesthetics (and that probably would have been just fine with Shahn).
Shahn is best known for The Passion of Sacco and Vanzetti, also in tempera. Apotheosis was a follow-up, telling the story of West Coast labor leader Tom Mooney. Mooney was framed on charges of bombing a parade—or so his supporters firmly believed—and sentenced to hard time at San Quentin. Shahn created Apotheosis for a Museum of Modern Art exhibition asking artists to design murals. No large-scale Apotheosis was ever produced.

As an attempt to tell a complex story in Renaissance-style continuous narrative, Apotheosis is not as successful as Sacco and Vanzetti. Still, it's easy to understand why LACMA coveted it, as one of the last major Shahns out there. Apotheosis blends caricature, painterly flatness, and a stateside surrealism informed by quattrocento Italy.
"Apotheosis" means the elevation of someone to godlike status. Shahn was thinking of such paintings as Ingres' Apotheosis of Homer in the Louvre.
The LACMA exhibition reunities Apotheosis with related paintings and documents. I like some of the subsidiary images better than Apotheosis itself. My Son is Innocent shows Mooney's mom, his staunchest defender. It's based on a news photograph, and Shahn must have liked the image, for he incorporated two copies in Apotheosis. Mrs. Mooney didn't live to see her son's pardon, in 1939.
Demonstration is also based on a news photo, of a Communist rally. As used in Apotheosis it represents Mooney's supporters. There is an unnerving quality to the mask-like faces, falling somewhere in the uncanny valley between painting and photography. They are people we know, the monsters that are due on Maple Street.

Maybe the best painting of the cycle is Governor James Rolph, Jr, of California, shown as a top-hatted, boutonniered grotesque. Rolph ran on pardoning Mooney (back when Republicans campaigned on freeing radical leftists convicted on terrorism charges). He didn't deliver. Shahn's portrait is here, but he didn't include Rolph in Apotheosis.

In the 1933 brochure for the first showing of the Mooney cycle, at New York's Downtown Gallery, Diego Rivera found in Shahn a kindred spirit. Rivera wrote,

The English esthete, John Ruskin, said many years ago, something to the effect that lilies and peacocks are beautiful without serving any utilitarian purpose. Some time later the great painter, Picasso, added: "Art is twice beautiful because it is useless." But we painters of the people of the American continent proclaim: "Whatever is not five times useful is not beautiful."

Rivera was speaking against the white-cube (and white-people) grain of this time. In many ways Apotheosis is prescient, a marker of a change in sensibility from "art for art's sake" to "all art is political." 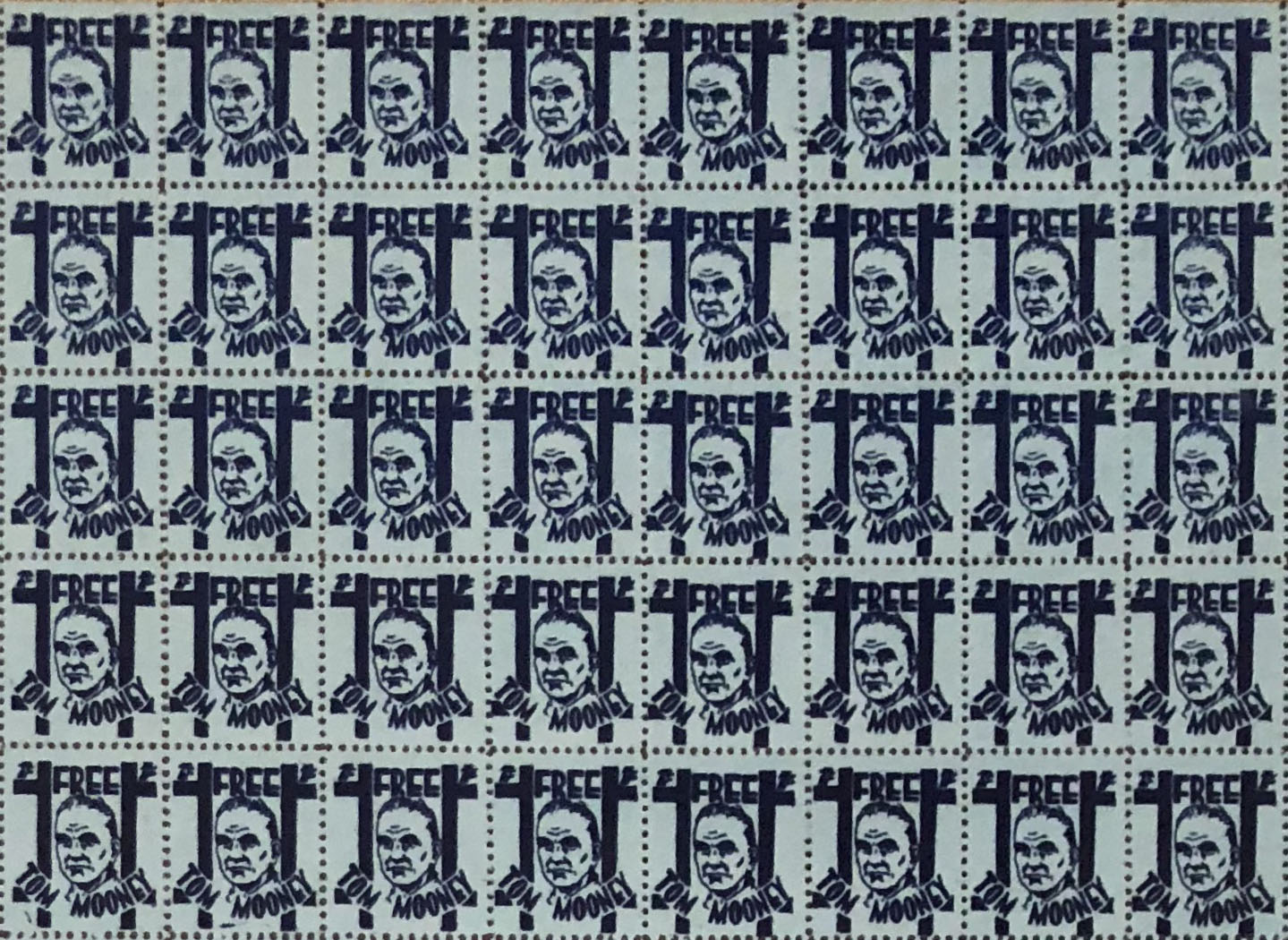