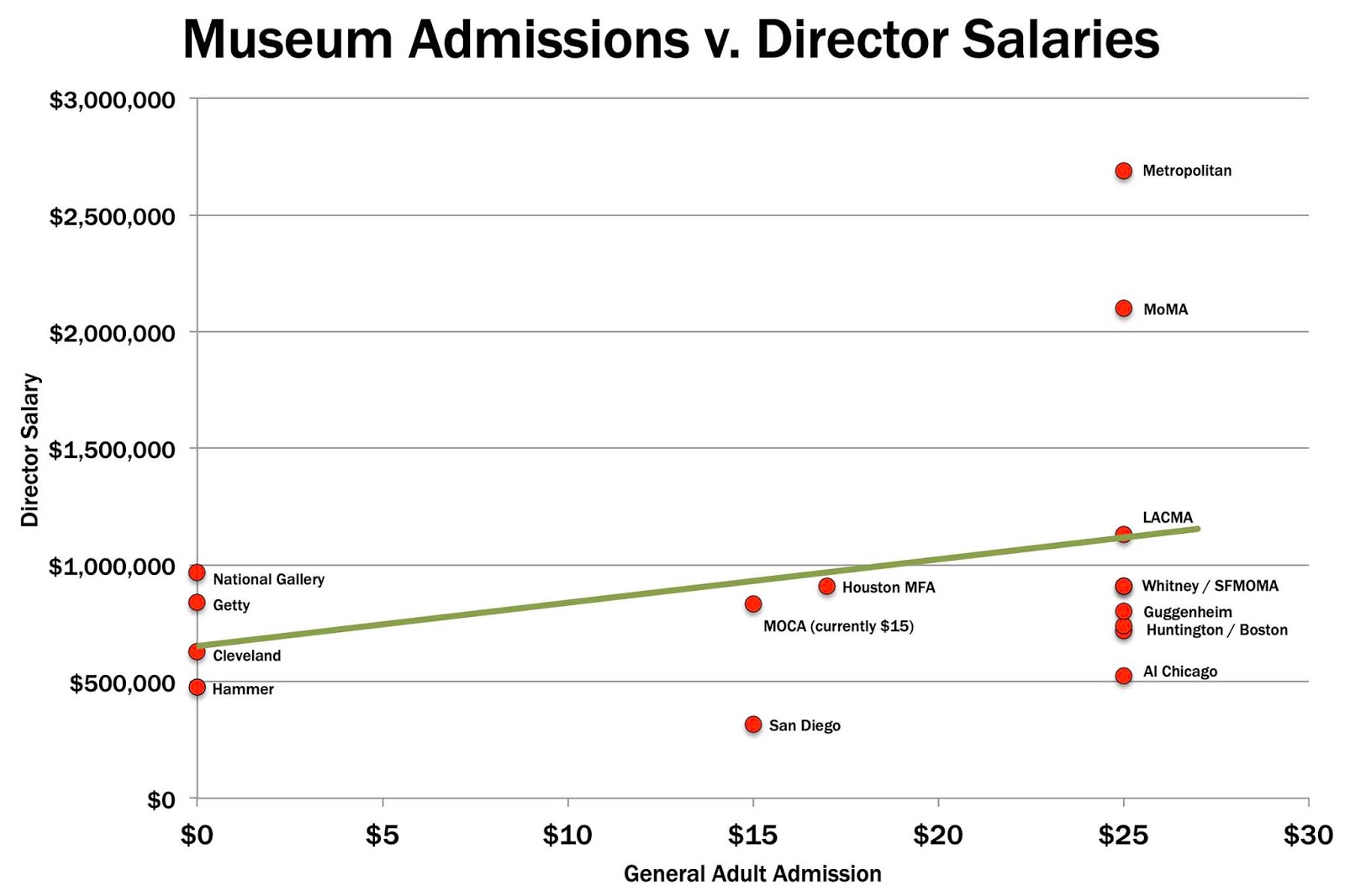 An Observer piece on MOCA's free admission plan offers a quote from Gary Vikan, former director of Baltimore's Walters Art Gallery. Vikan, an advocate of free admission, says there is a "correlation between what's charged at the front door and what the CEO of the museum makes."

I made a quick scatter chart, using a few art museum director salaries from the Charity Navigator website and regular adult admission charges from museums' websites. Some of the salaries are a few years old.

There is a modest upward trend in director salaries with rising admission charge. But almost all the correlation, such as it is, is due to two New York outliers, the Metropolitan Museum and the Museum Modern of Art, which pay far bigger salaries than any other institution ($2.69 million for the Met). Both charge $25 admission. Otherwise major free museums pay their directors about as much as their admission-charging peers do.

Here's a stronger correlation. The UCLA Hammer Museum, the San Diego Museum of Art, and the Huntington are headed by women. Notice where they are, salarywise.
Email Post
Labels: Metropolitan Museum of Art MOCA

Anonymous said…
LACMA's current director should be required to pay for his job, not the other way around.

Considering what he's doing to the museum, he should also be required to pay people to be its members, not the other way around.
May 25, 2019 at 11:28 AM