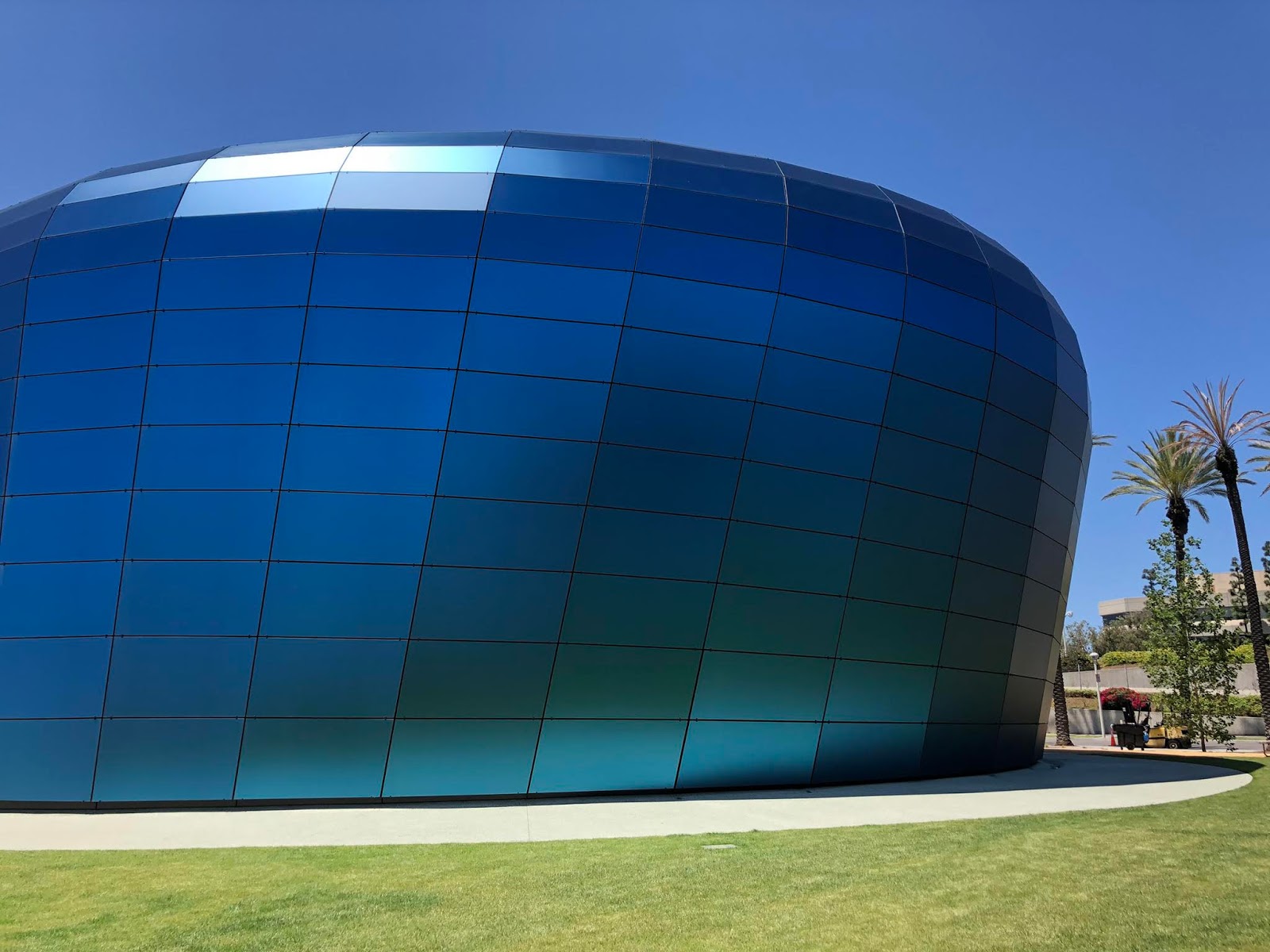 EHDD is known for low-carbon footprint designs, several at UC campuses, and including the original (1998), more subdued Aquarium of the Pacific building. They aren't remotely at the Pelli or Zumthor level of renown. Accept that, and their new building overperforms. It is appealingly sculptural and fits well into its harborside setting. EHDD has managed to add 29,000 square feet of public space on a modest $53 million budget (a feat that has eluded some Pritzker Prize winners). With over 300 seats, the Aquarium's new theater is actually larger than the one that Zumthor is planning for LACMA. 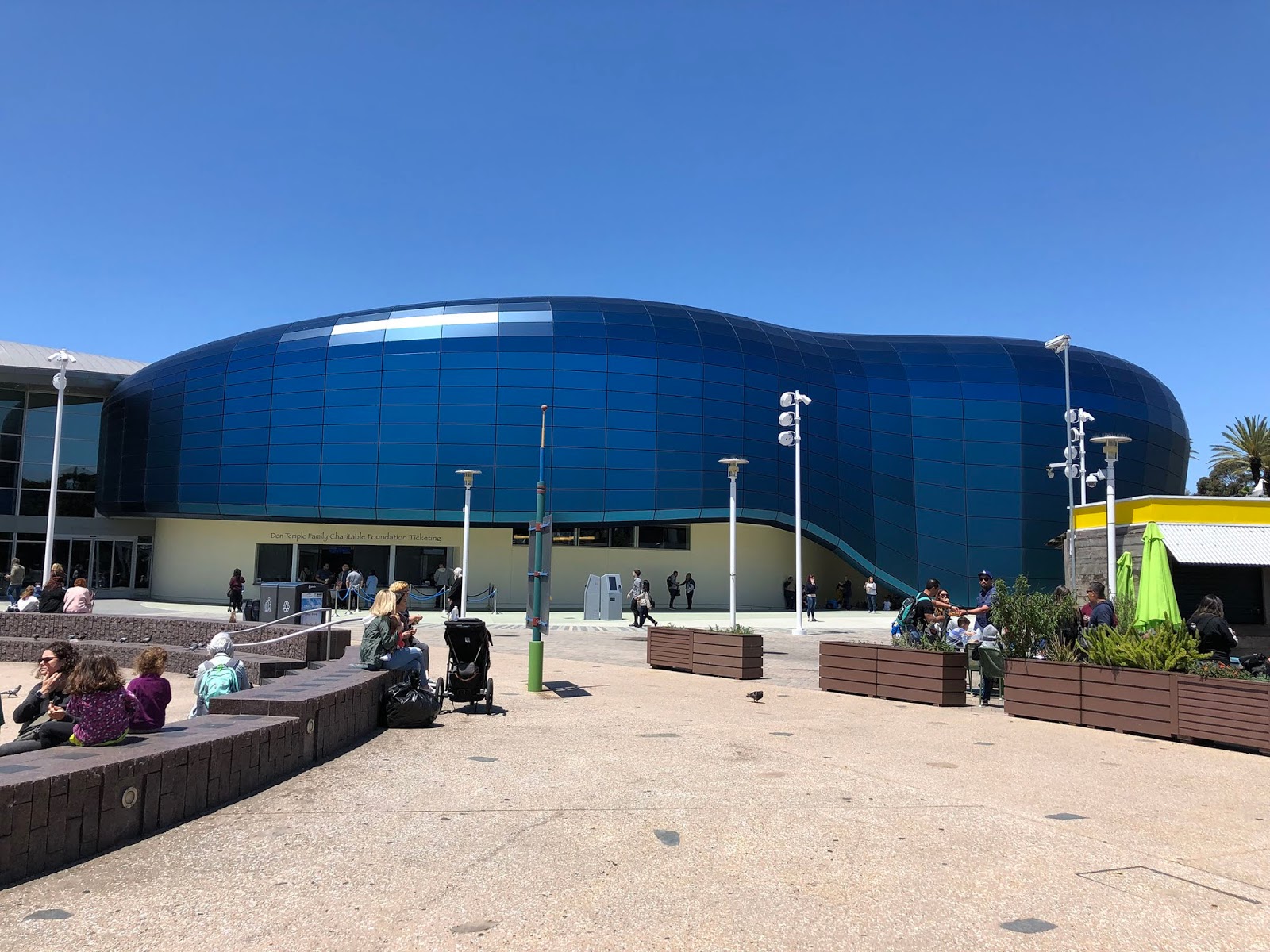 The new building wasn't designed to hold more tanks and more fish. It's a paced circuit of interactive exhibits, geared to families and pointedly political. It examines the threat one troublesome species poses to all the others, and you can probably guess what species that is.

That's laudable, given how many natural history museums still downplay global warming, presumably for fear of offending donors. Twenty-eight percent of the new wing's cost came from the city of Long Beach, which has its own vested interest. Much of the city will be underwater next century in the worst-case scenarios. 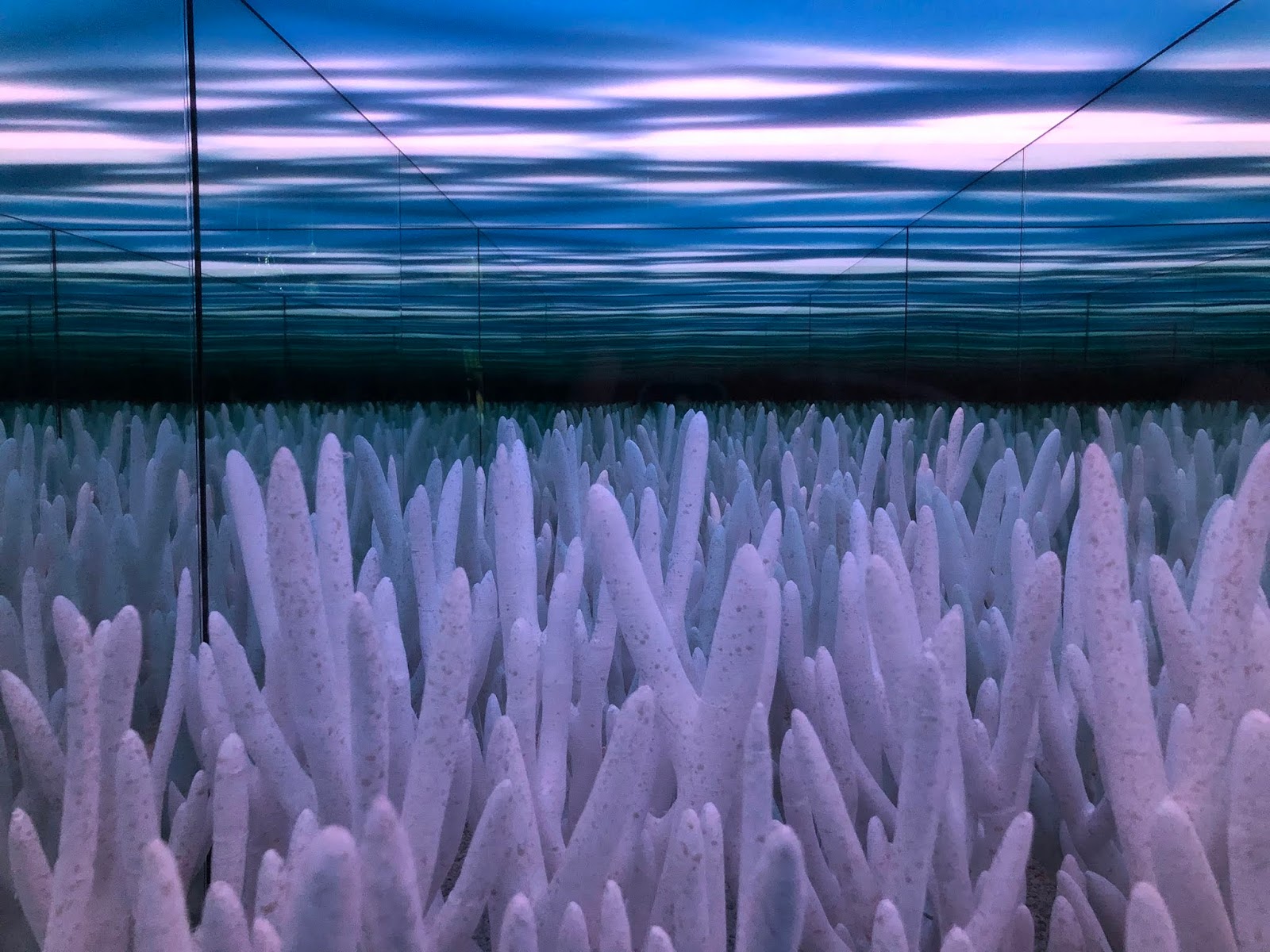 The wing's first room is billed as the "Art Gallery." It's not that, but it does have five "Infinity Coral" mirror-spaces. They're what Yayoi Kusama would make if she was a character on Spongebob Squarepants. 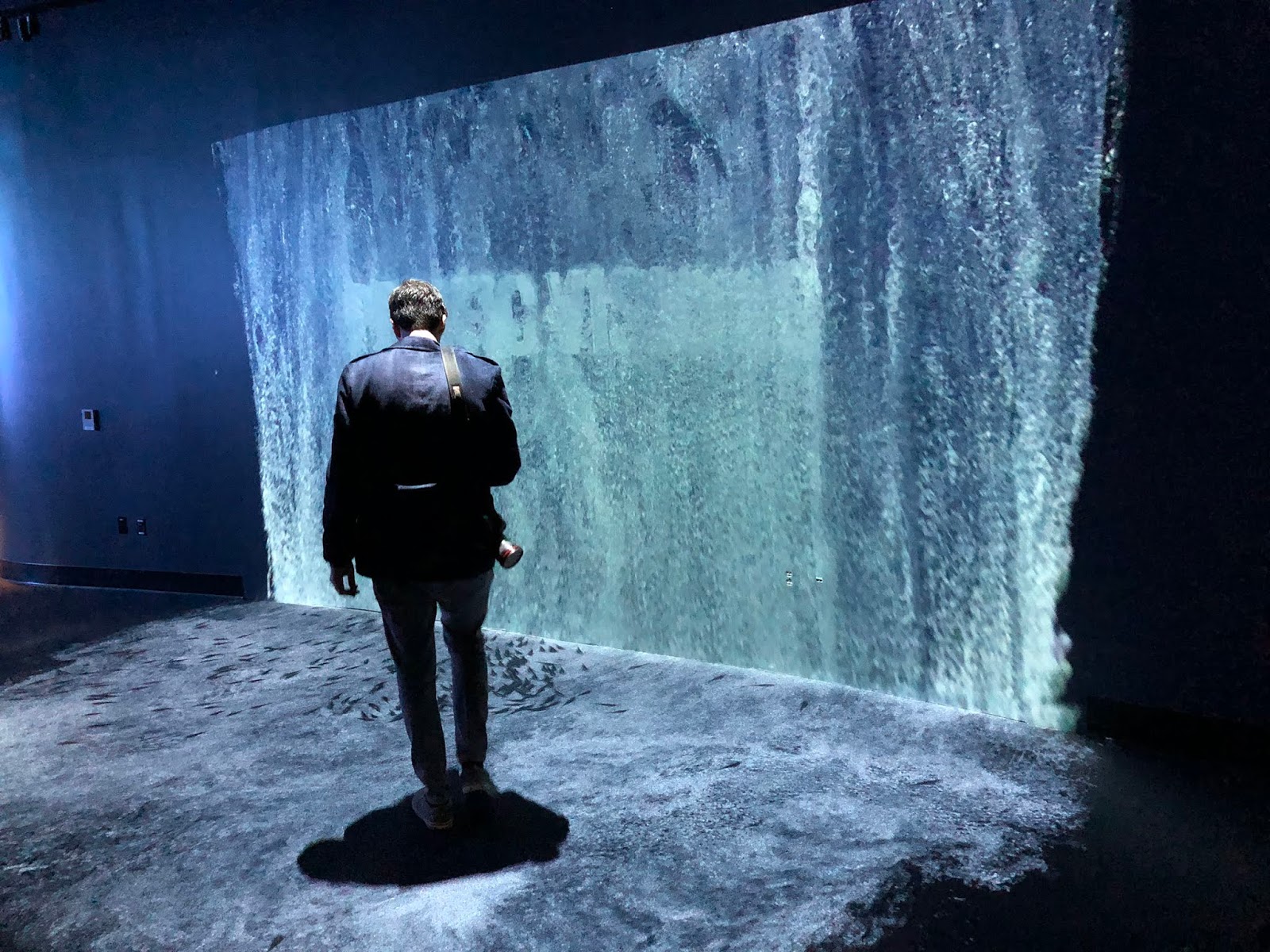 The next room has a knockoff of a Rain Room. A interactive "waterfall" is projected on a wall and floor. As you step into it, the digital "water" splashes. An Easter egg of shark jaws appears every now and then. 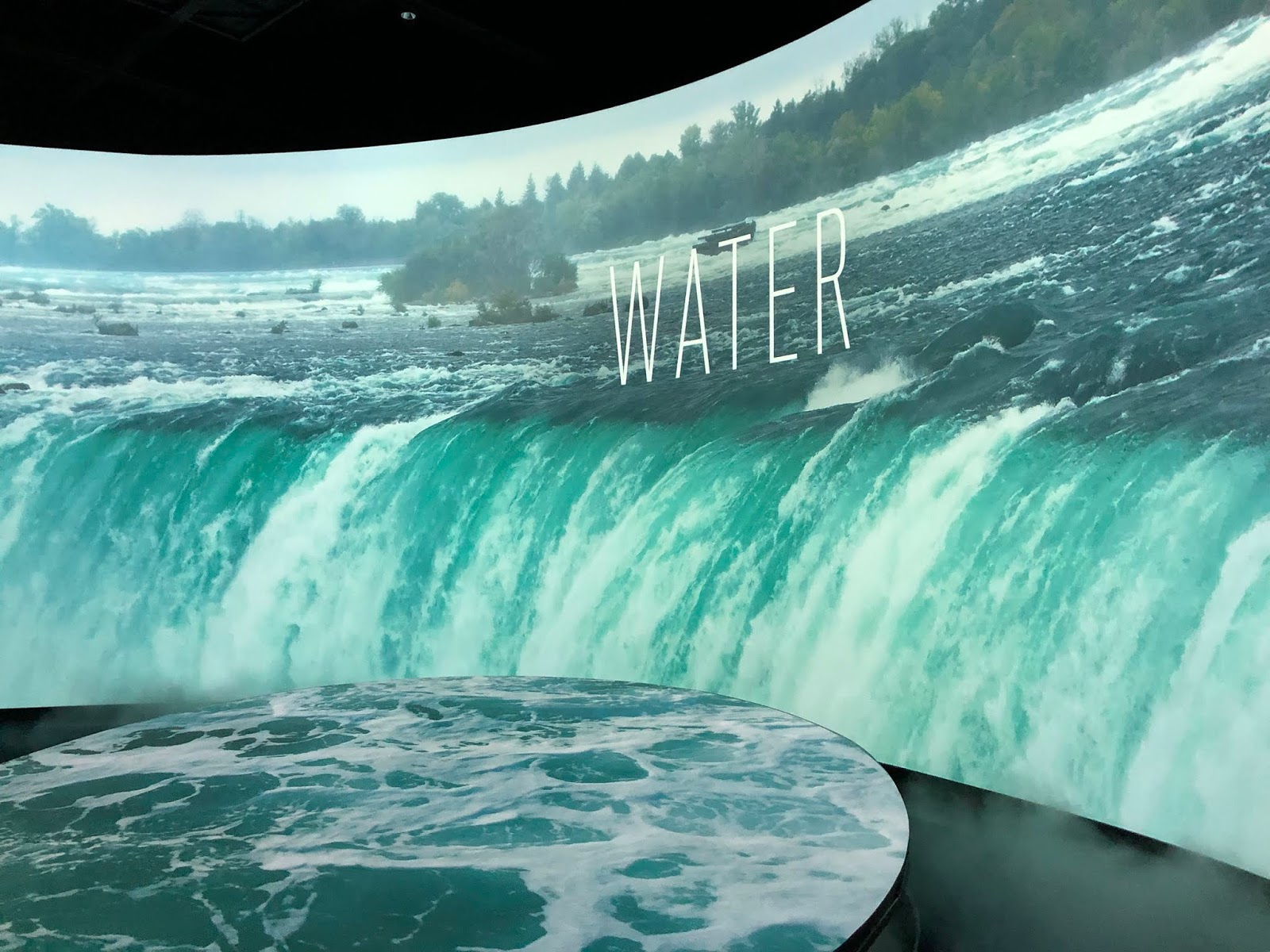 The Honda Pacific Visions Theater works like a planetarium show, or a panorama. The 130-foot curved screen spans the viewer's peripheral vision. A second circular screen on the floor can be raised and tilted. The projected digital imagery is 9K, meaning about 5 times more pixels that a 4K TV. All that's missing is the Clockwork Orange eyelid clips.

Unlike the Griffith Observatory, the Aquarium's theater is fitted out for a William Castle panoply of sensaround gimmicks: wind, fog, vibrating seats, and scents. The press preview demonstrated the vibrating seats. In concept they are similar to William Castle's "Percepto," used in the 1959 Vincent Price film The Tingler. I found the Long Beach implementation interesting for its subtlety. The vibrating was in synch with a loud soundtrack and didn't call attention to itself.

Maybe I should list technologies the Aquarium doesn't have: 3D and virtual reality (Disneyland opted out of the latter, too). 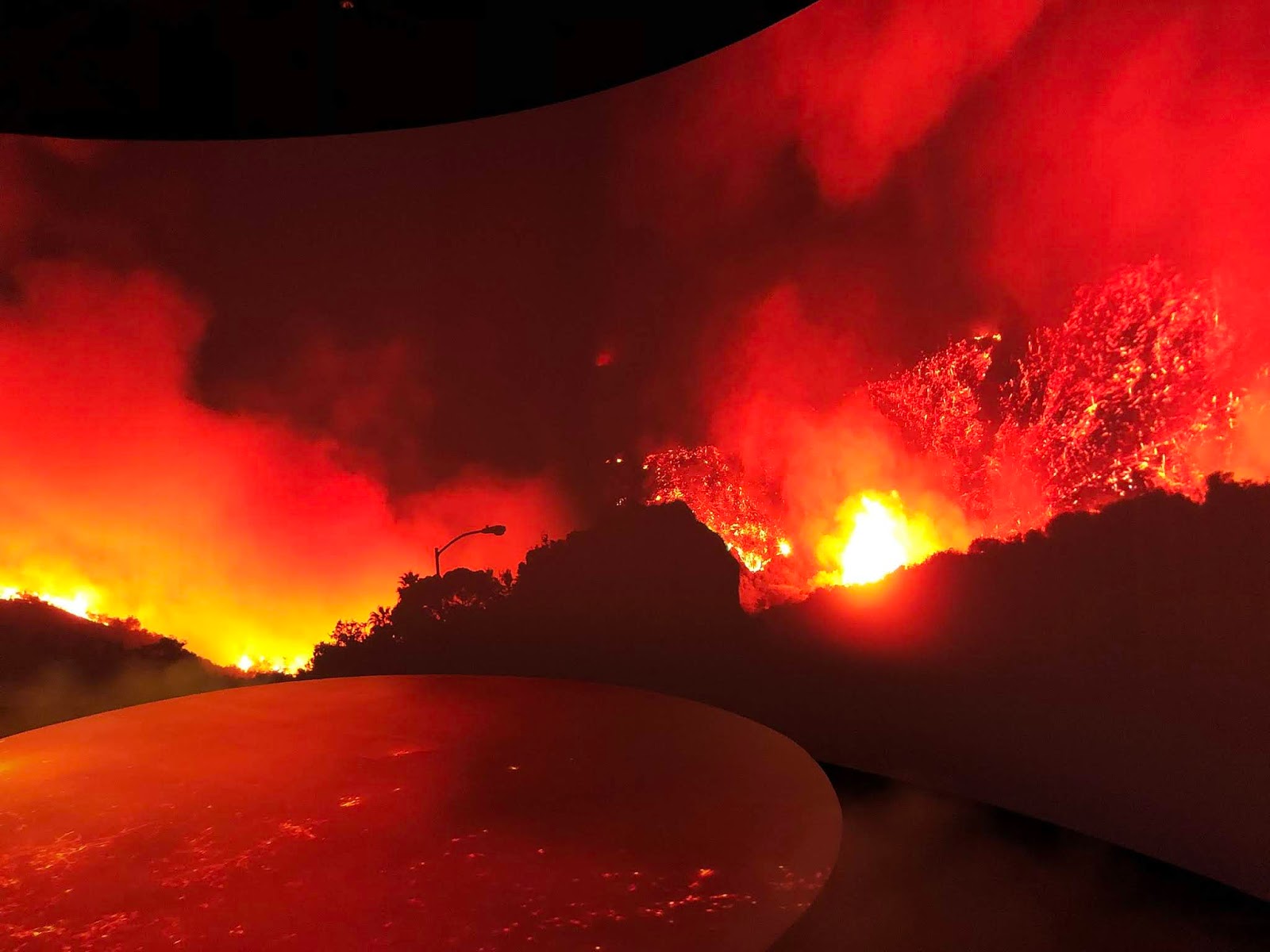 Ultimately "Pacific Visions" is a hellfire-and-brimstone sermon, the more terrifying for being fact-based.  Panoramic, super-high-res photographs depict the hell that a few extra PPM of CO2 are already wreaking on California. Yet it's not a downer. It's certainly appropriate for the children who will have to have clean up the mess their elders have created. The thesis of "Pacific Visions" is that humans can remedy whatever humans have done. It's a good thought—but it's the least scientifically grounded premise of the exhibition. 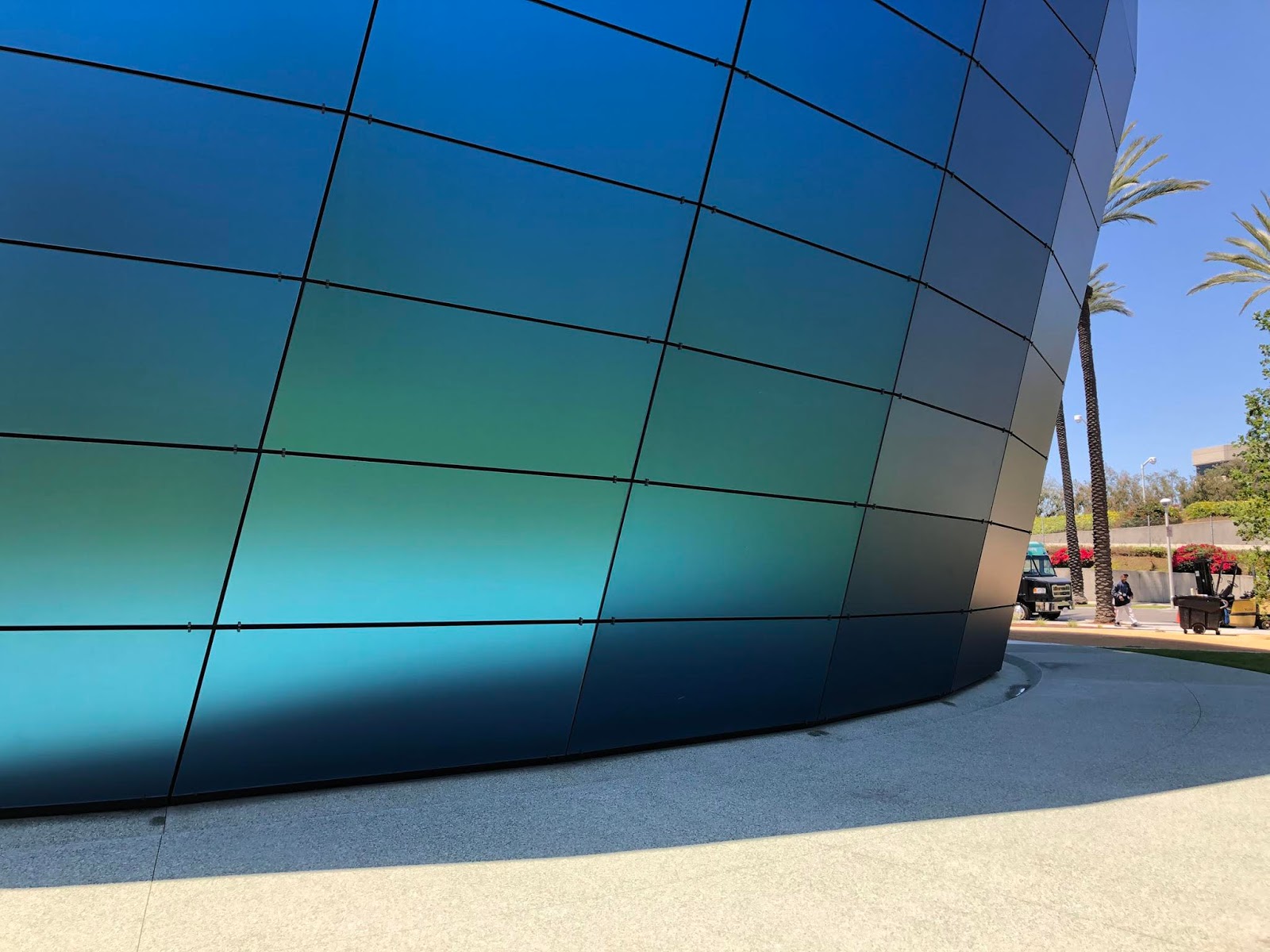