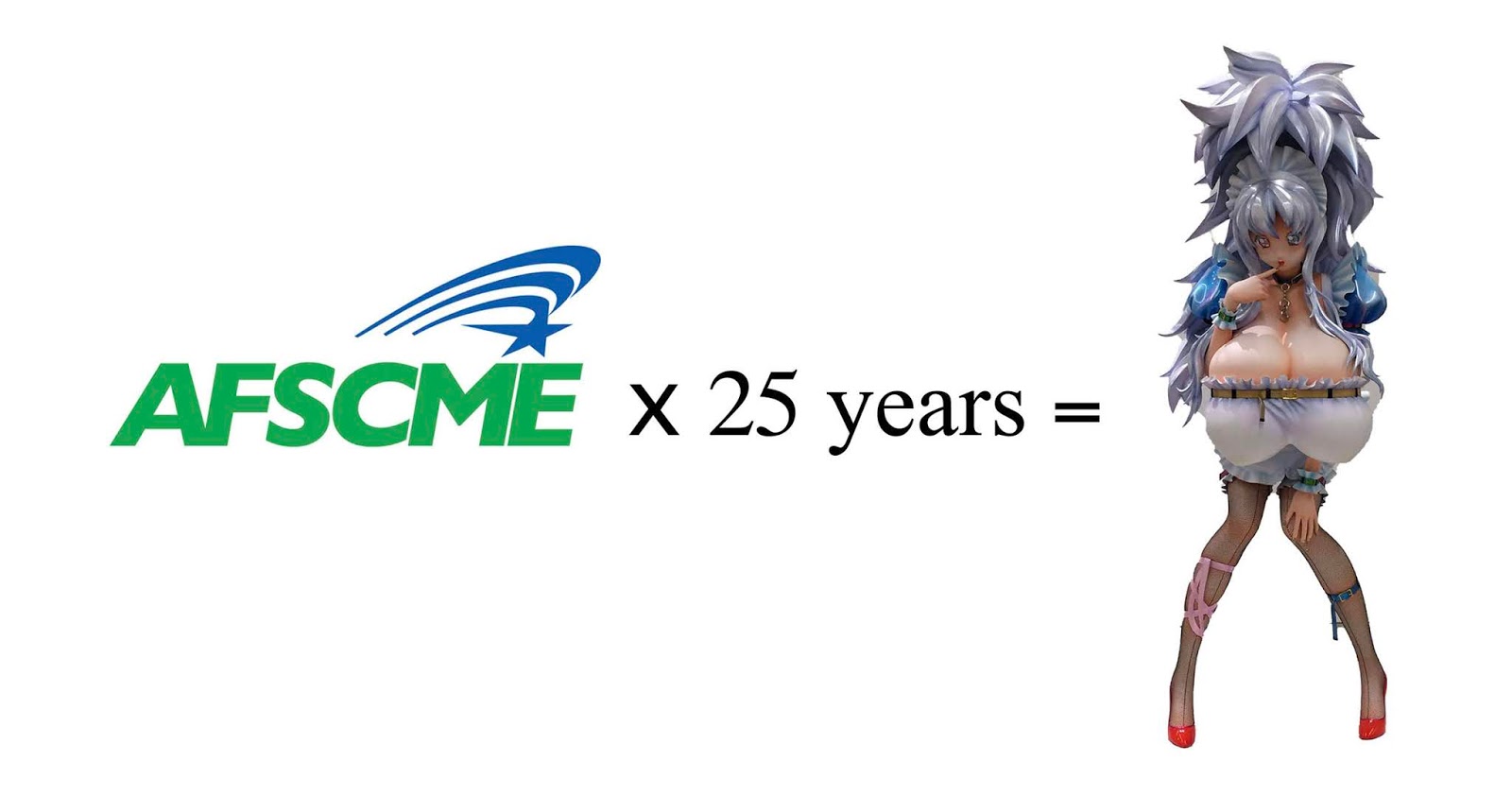 How much money would unionization cost the Marciano Art Foundation? A lot less than one Takashi Murakami sculpture.

About 70 visitor services employees were laid off after announcing plans to organize with the American Federation of State, County, and Municipal Employees (AFSCME). All or nearly all are part-time (the MAF had limited hours), earning the city's minimum hourly wage of $14.25.

Let's say collective bargaining would entail wage increases and benefits worth 20 percent of the current wages (which seems on the high end of plausibility). Then unionization would cost the Marcianos about 20% of $20,000, or $4000 a week.

That pencils out to about $200,000 a year. Yes, that's a lot of money for regular folks (like visitor services employees), but not for those in a position to participate in the high end of the contemporary art market, like the Marcianos.

Consider Takashi Murakami's 3m Girl (2011), one version of which is in the Marciano collection. Other slutty-anime sculptures by Murakami have been auctioned for as much as $13.5 million. Assume a $5 million valuation for the Marciano's 3m Girl, and it would be the equivalent of 25 years of union wages.

The Marciano collection holds over 1500 works, and is housed in a former Masonic temple purchased for $8 million and renovated for what must have been another 7-figure sum. Whatever else you say about the Marciano shutdown, it's hard to avoid the thought: penny wise, pound foolish.
Email Post
Labels: Marciano Art Foundation Takashi Murakami

Anonymous said…
As a MAF employee (not a "former" employee, because we don't recognize their wrongful termination), I want to thank you for putting this in numbers. And to clarify, they don't even have 70 of us on shift per day. It's only about 40 on any given day. So our labor is actually a lot cheaper than you'd calculated! Shameful indeed. Feel free to reach out to committee@mafunion.org for a direct line of correspondence with our Organizing Committee.
all the best,
MAF Union Organizing Committee
November 7, 2019 at 12:09 PM

Anonymous said…
If the attendance has been modest, that may have been the final straw. That may have made the Marcianos - to use another cliche - want to throw in the towel. If they instead had to turn away visitors on most days, they probably would have made more of an effort to keep the place going.

Attendance figures for the art museum further west around mid-Wilshire will certainly take a nose dive over the next few years.

The big museums in cities like New York and London look at the visitor head counts of LA's counterparts and sniff.

Anonymous said…
It was always about power.

MAF wanted social status and a tax shelter. The art world fawned over them, eyes covered. Once a signal of a diminished power relation appeared, no matter how trivial, they called the bluff demonstrating that it was they who had fuck you money... and the plebes in the art world doesn’t.