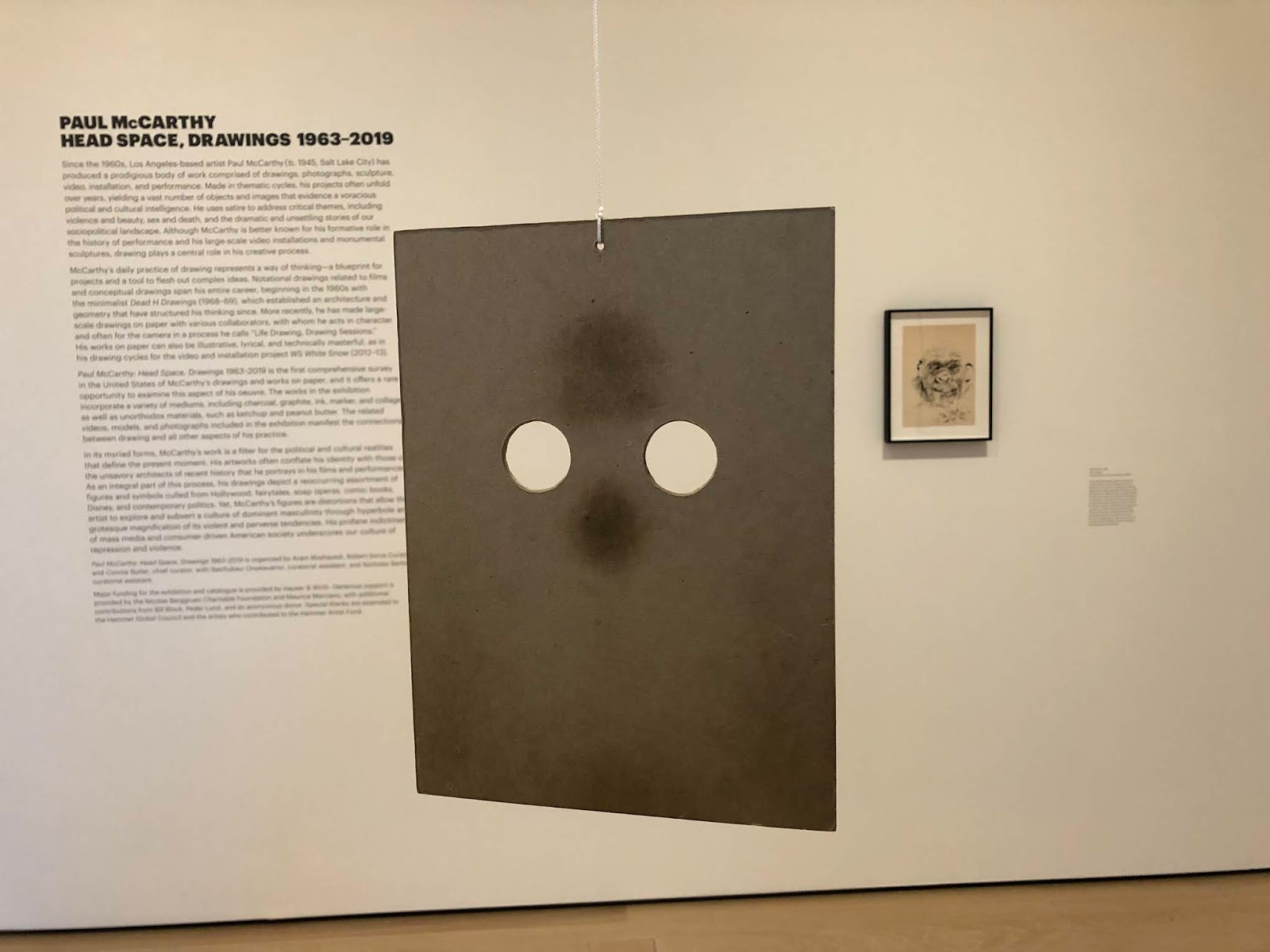 The Hammer's "Paul McCarthy Head Space: Drawings 1963-2019" assembles over 600 drawings and collages, from high school to just months ago. That sounds big, and it is. Don't plan on rushing through the early work, either. Rarely seen, it chronicles McCarthy's early engagement with minimalism and conceptualism. A minimalist mask thing-y hanging in the first room (Looking Out, Skull Card) was done at the age of 18. It's a surprisingly assured sculpture.
Like Tony Smith McCarthy connected minimalism to the human body. He revisited the skull motif (and Tony Smith's Die) in A Skull with Tail. That was realized in a painted wood sculpture.

McCarthy explored typewritten conceptualism in Dirt Desk, which was realized as a performance. In his drawings McCarthy later took minimalism in the direction of mazes that would never be built. Then he dropped minimalism and moved on. 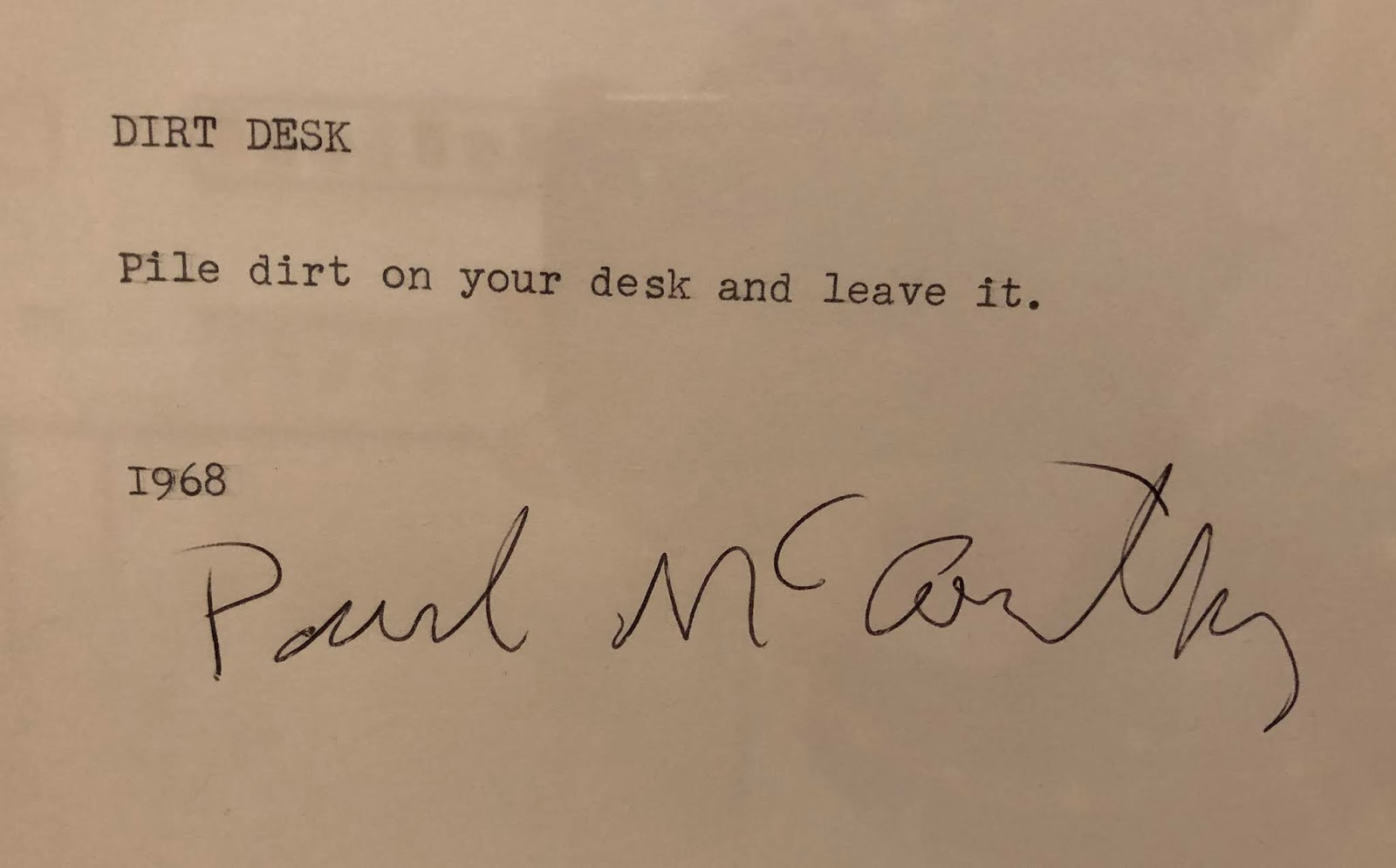 Except that McCarthy never forgot minimalism, even as his work turned towards performance and the male id. McCarthy's Blockhead character and butt plug (Tree) are body-centric minimalism—an expression, and subversion, of ideas begun with Smith's Die.

A show like "Head Space" helps make such connections visible. If there's a drawback, it's that 600 drawings will be too much for the median attention span. Fortunately, the Hammer is free, encouraging repeat visits, and the show runs through May 10, 2020.