Sci-Fi at the Fowler 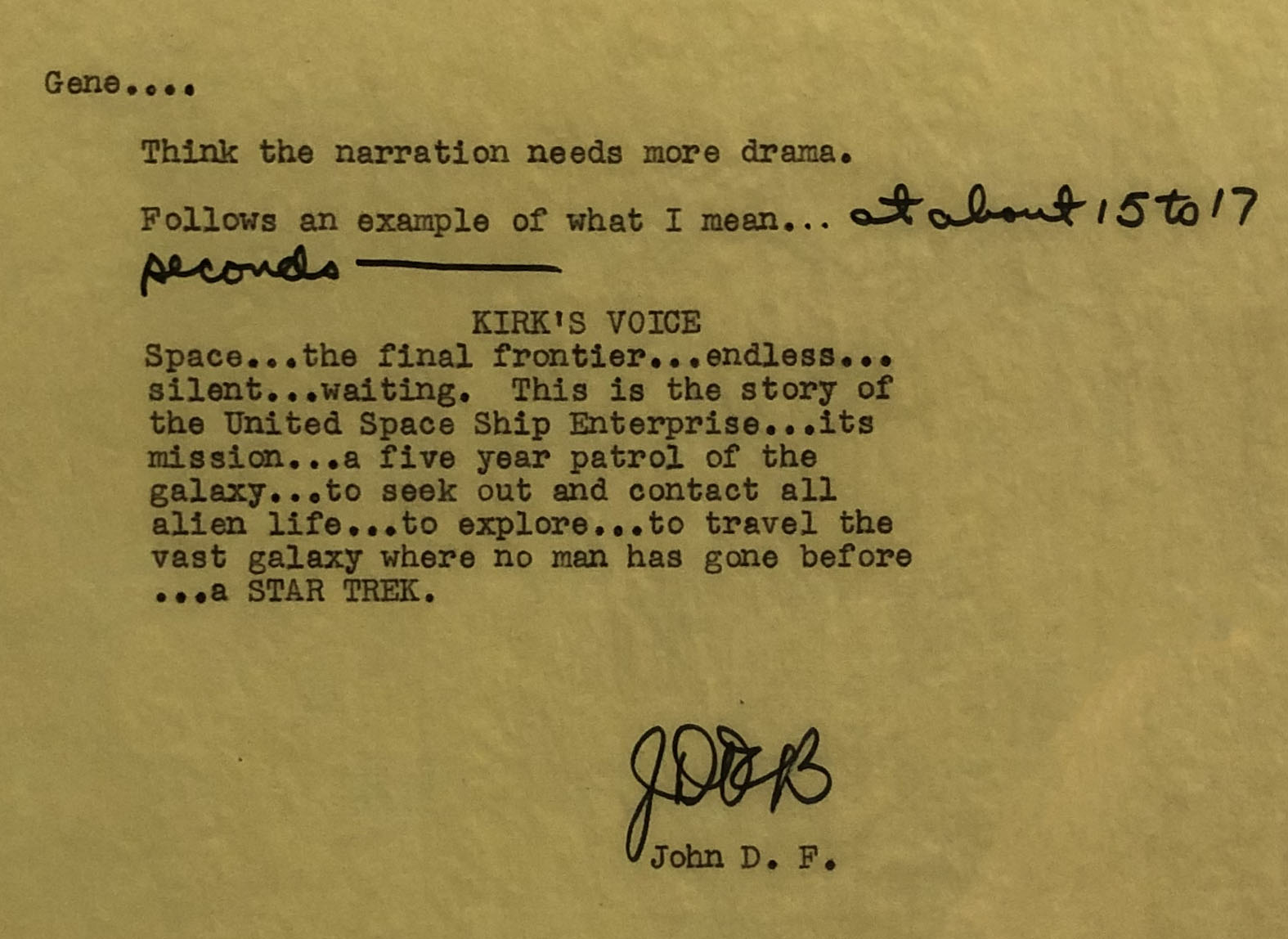 The Fowler Museum's "The Map and the Territory: 100 Years of Collecting at UCLA" samples not only the Fowler and Hammer museum's holdings but a farrago of university storeroom rarities: meteorites, movie memorabilia, stuffed birds, architectural models, musical instruments, internment camp art, and abstract animations. Add to that some choice relics of science fiction. Shown are two letters to Gene Roddenberry, sweating out the wording for Captain Kirk's voice-over to the original (1966-1969) Star Trek TV series. 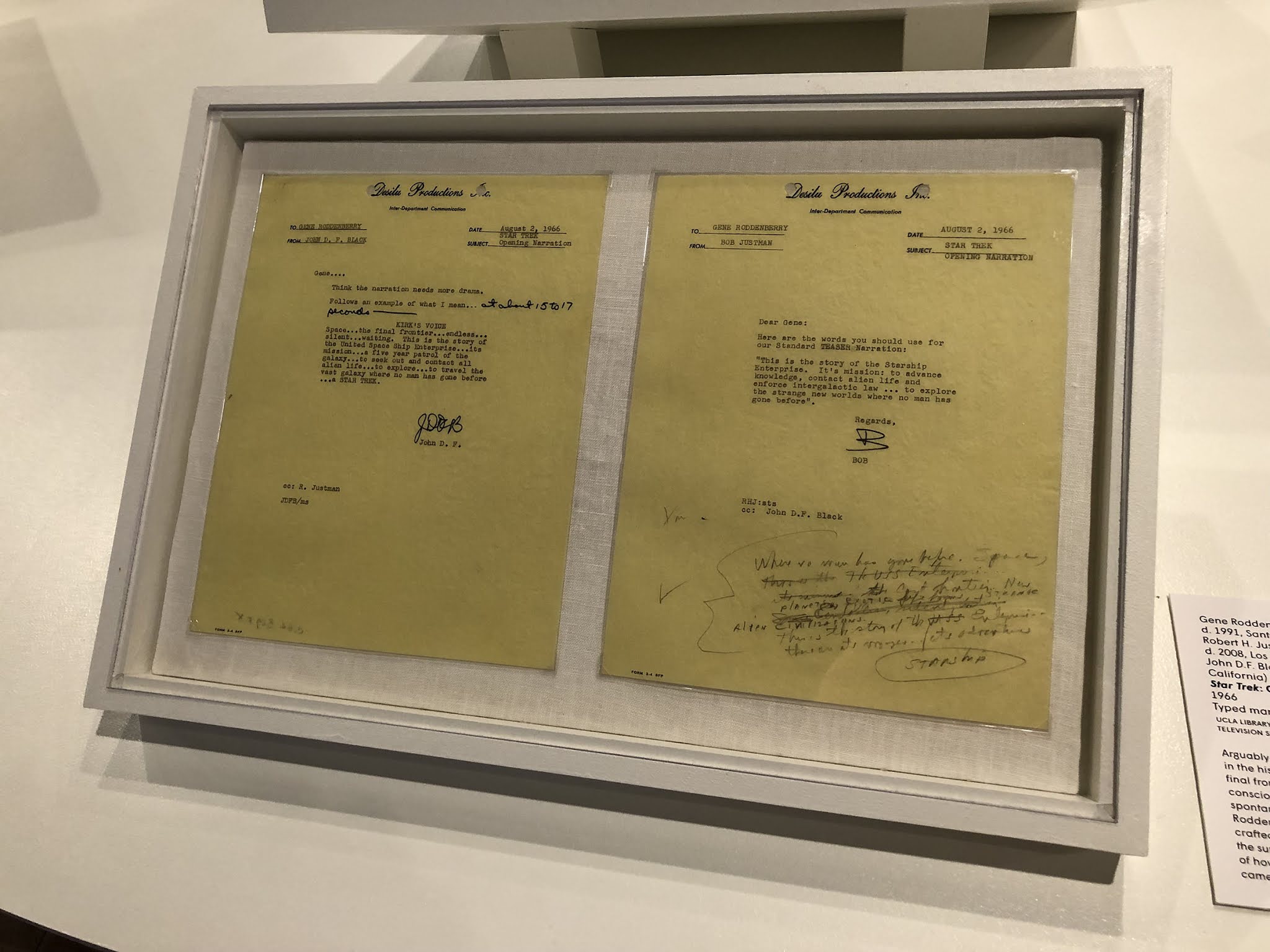 Next to this is an annotated score by film composer Alex North, commissioned to supply music for Stanley Kubrick's 2001: A Space Odyssey. Not until the film's premiere did North learn that Kubrick had cut his compositions in favor of classical music. North wrote on a page of his score, "STANLEY HATES THIS BUT I LIKE IT!" 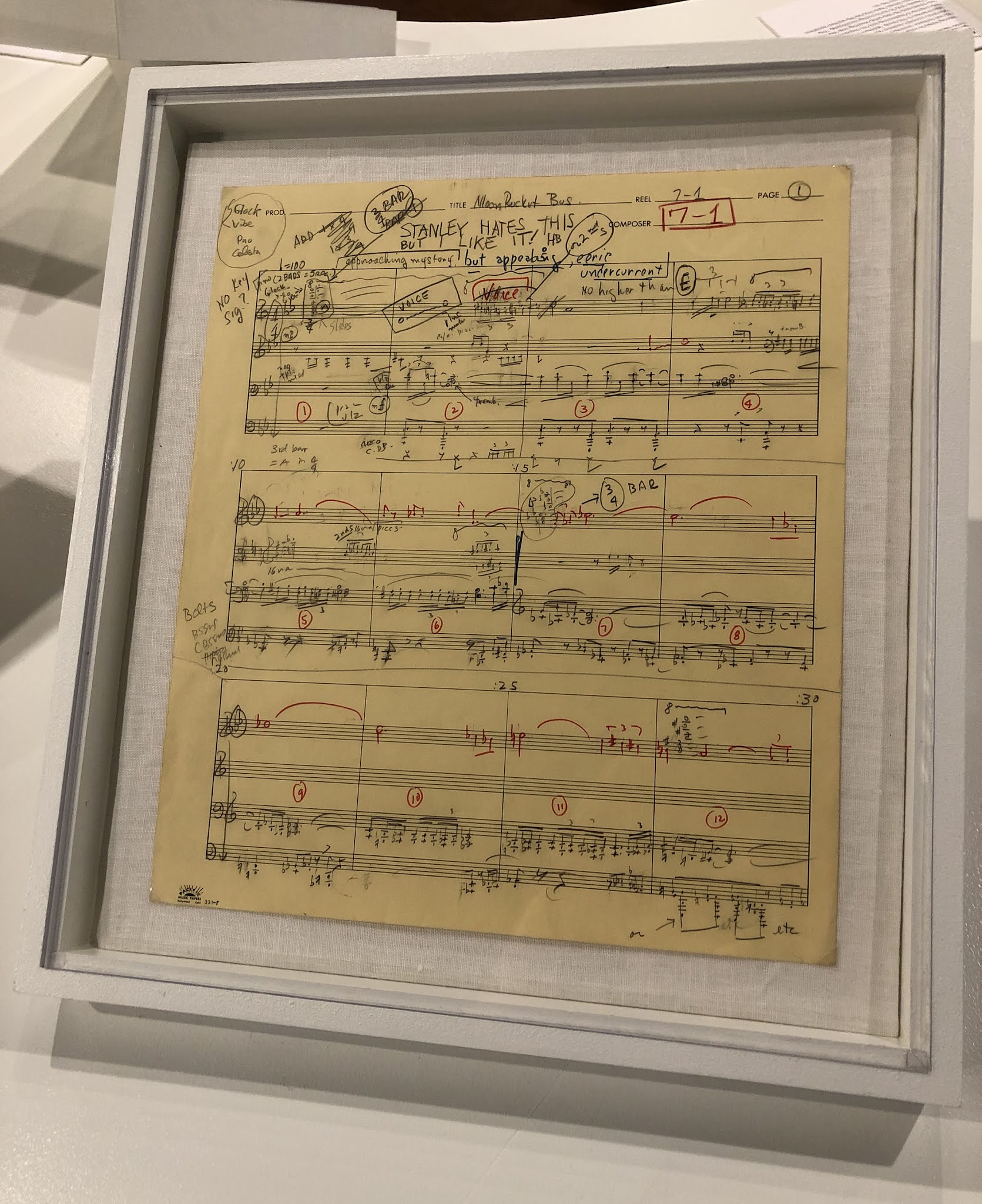