One subtext of the Hammer Museum's "A Decade of Acquisitions" is how completely the Westwood institution has transcended its origin as a vanity project. Those reading the exhibitions labels will see that the works were donated by some of the city's most prominent collectors, known for support of other museums. That starts with dealer Margo Leavin, who bequeathed a stellar group of drawings  (David Smith, Jasper Johns, and Philip Guston).  Over the years Leavin gave works to LACMA, and she was co-donor of a Mario Merz neon piece to MOCA. Yet it appears that she reserved her choicest drawings for the Hammer.
Eileen Harris Norton donated Kiki Smith's Revelation (a paper-mâché figure with ink on Nepalese paper), a quartet of Jim Shaw dream drawings, and Carolee Schneemann's Interior Scroll to the Hammer. Eileen and/or ex Peter Norton were likewise LACMA donors, and Eileen's foundation supported MOCA's 2017 Kerry James Marshall retrospective.
Susan and Larry Marx, a real estate developer, have promised more than 150 works to the Hammer. "A Decade of Acquisitions" includes a Johns, a Joan Brown, and five exuberant doodles by Charles Burchfield.

Walter and Helga Oppenheimer, German-born founders of a clothing line, established a fund supporting blue-chip contemporary and early modern acquisitions for the Grunwald Center for the Graphic Arts. Among those now on view is a stunning Philipp Otto Runge cut-paper silhouette, Cornflower. Formerly in a Swiss collection, it was auctioned for 28,750 Euros in May 2018.

The Hammer exhibition itself, in the second of two rotations (through Aug. 21), inaugurates a new works on paper gallery, part of an expansion funded by a lead gift of $30 million from Lynda and Stewart Resnick, whose names are also on a LACMA building.
By the conventional wisdom, the Hammer started at a disadvantage. Art collectors, it's said, won't donate to a museum named for someone else. Furthermore, the Armand Hammer name has stayed in the news, not always in a good way.
Although Hammer's name is on the building, his small, mostly 19th-century painting collection is tangential to the current museum's mission and image. The UCLA-run Hammer has become what a contemporary art museum ought to be. It does the shows that curators feel must be done. It doesn't dumb down offerings for a metric-obsessed board. It apparently doesn't seek to maximize market value of board members' collections. It has a connection to a great university with a great art school. Its public programs cover literature, film, and politics, as worthy things in their own right. The Hammer is free (unlike LACMA or MOCA's highest profile shows), and it has a biennial that has become an essential part of the conversation. MOCA or LACMA could have done that, but they didn't.
In this third decade of the 21st century, no other Los Angeles museum does what the Hammer does, so consistently. Collectors have taken notice. 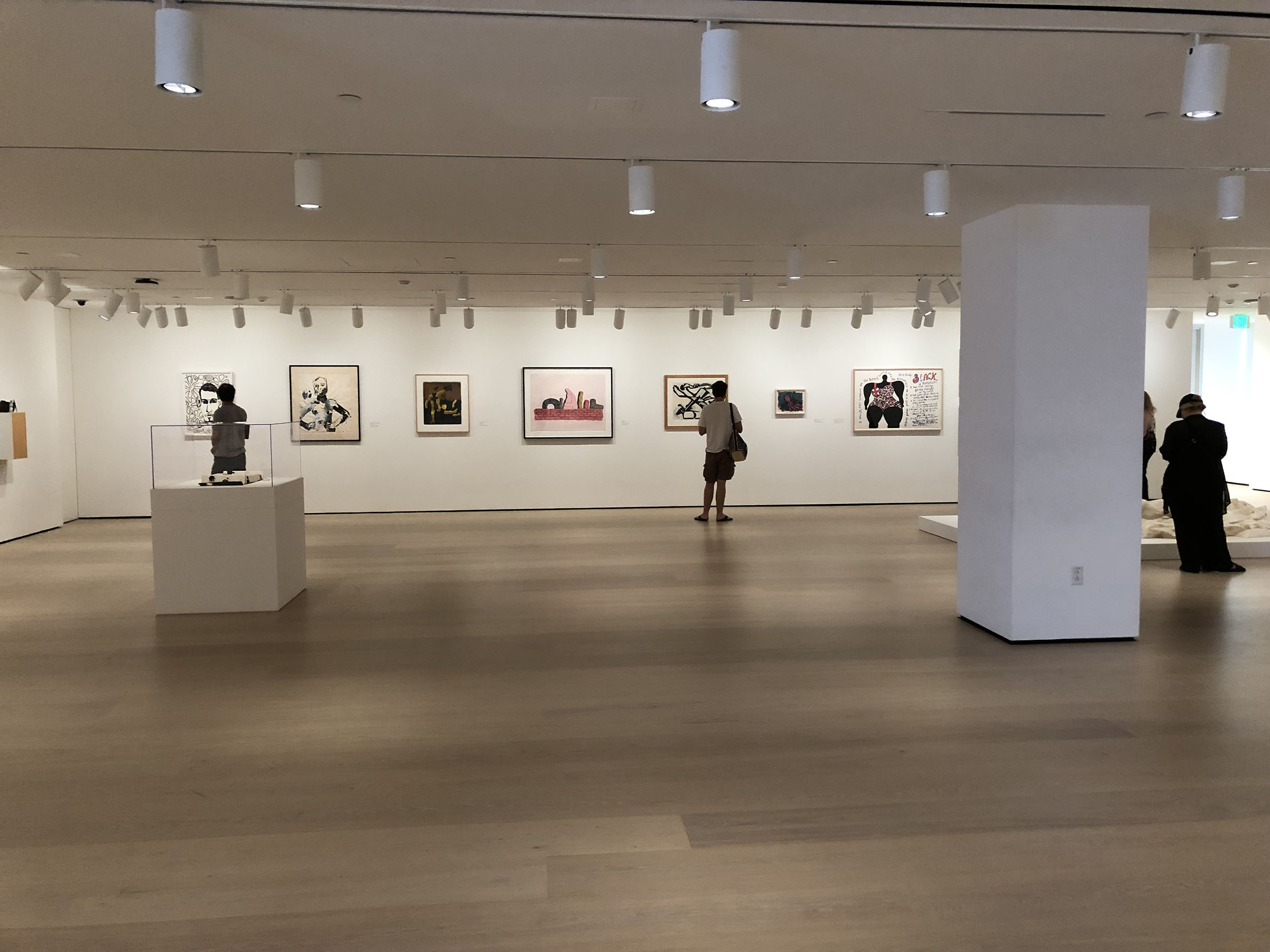 Anonymous said…
It also helps that the Hammer is geographically closer to various people in the LA area who are most likely to donate to a cultural institution. Also, unlike the Getty a few miles to its west, the Hammer collects less expensive artwork.

Contemporary art is fine, but it's a bit top heavy in the LA cultural scene right now. I realize that older categories of art are rarer and require bigger bucks. For example, modern and impressionist paintings and objects are the stars of the auction world, but they're also going to be more interesting to a larger portion of the public.

But whether general, modern, contemporary, natural history or whatever, don't botch things (due to financial or political considerations, etc) the way this museum next to LACMA appears to have done:

Anonymous said…
Why the need to turn news of some small accomplishment at the Hammer into a Hammer vs. LACMA/MOCA battle?

Seems silly because over the last five years both MOCA and LACMA have done much better with collectors and fundraising?

As college museums go, the Hammer is probably the best of the lot in SoCal. But even after "a decade of acquisitions," it hardly compares favorably to the best college museums in programming and collections.