The Getty Museum has acquired two bronze reliefs by Renaissance sculptor and architect Bartolomeo Ammannati; a pair of onyx-and-bronze busts of African diasporans by 19th-century French sculptor Charles-Henri-Joseph Cordier; and, in a gift-purchase deal, a 209-piece collection of Eugène Atget photographs assembled by So. Cal. collectors Dan and Mary Solomon. The Solomons' Atget holding is said to be the most important in private hands. 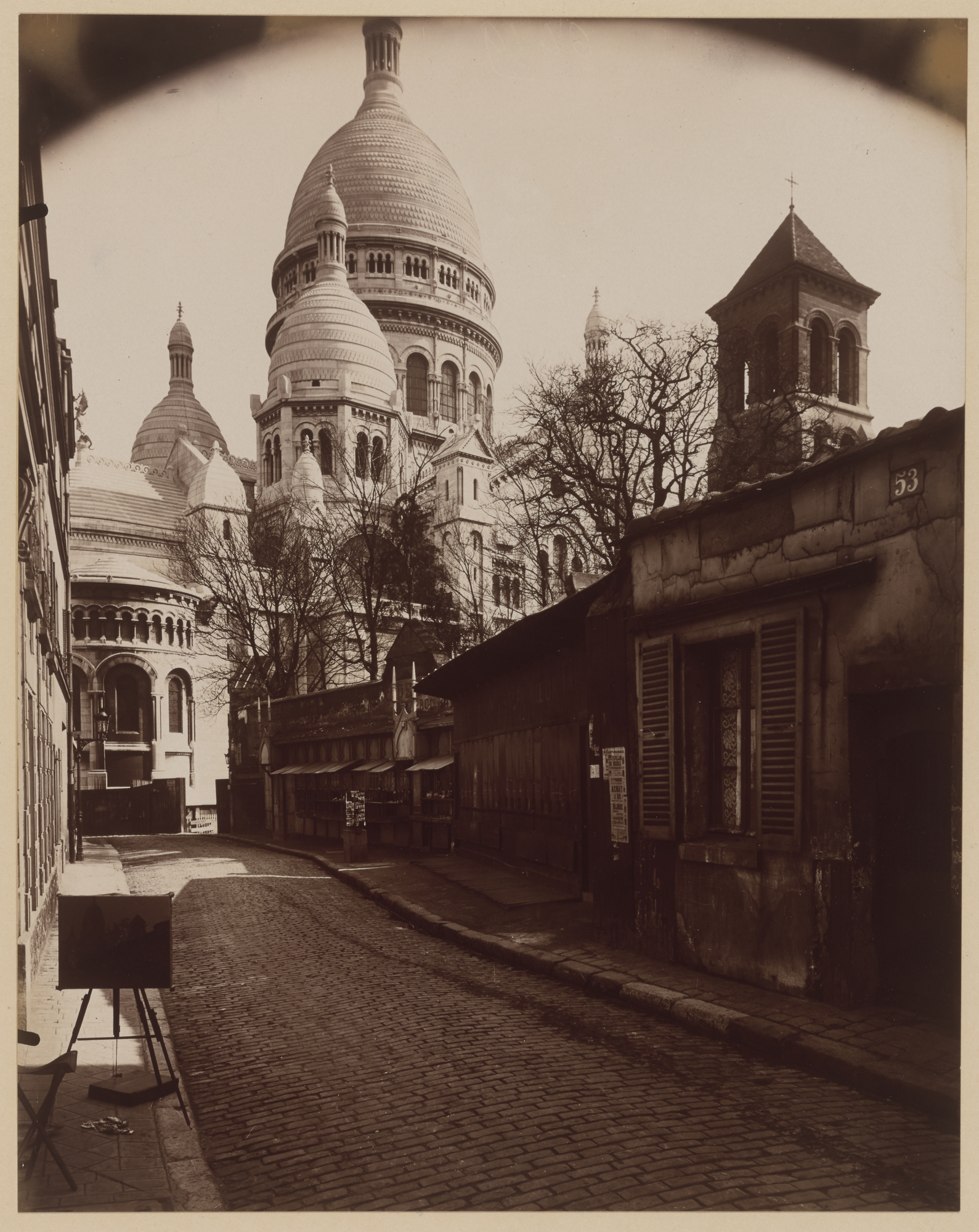 Born to a family of stone-cutters, Bartolomeo Ammannati (1511-1592) boasted that he consumed "hammers and chisels with my mother's milk." Vasari praised Ammannati's "perfect style," and a 2011 monographic exhibition at the Bargello renewed appreciation of the artist.
The Getty's two high-relief bronzes, measuring 6-1/2 by 24 inches each, pay tribute to Michelangelo and must have been made to commemorate his death. The river gods symbolize Rome and Florence, and the Apotheosis imagines the shade of arch-rival Raphael honoring the elder artist.
Ammannati's work, much of it monumental, is little seen outside Italy. There are small bronzes ascribed to the artist at the Walters (Baltimore), the Chicago Art Institute, and the Huntington, but the Getty reliefs appear to be the most significant examples now in a U.S. museum.
Charles-Henri-Joseph Cordier (1827-1905) was an ethnographic sculptor working for Paris' natural history museum. "Beauty does not belong to a single, privileged race," he informed the French Society of Anthropology in 1862. The rise of modernism rendered Cordier's deluxe naturalism obsolete. Today his work is complicated by its connection to colonialism and an arguably cringey Western gaze.
Of late, museums have leaned into that. The Getty press release quotes Timothy Potts as saying the Cordiers will "provide a much-needed opportunity to critique the representation of Black subjects and narratives in colonial times." The Metropolitan Museum bought a pair of Cordier busts in 2006, one a version of the Woman from the French Colonies. The Met website cites the Cordier family's suggestion that the unidentified model was the same one as for Carpeaux's Why Born Enslaved!, now the subject of a NY exhibition.
Eugène Atget made a living supplying stock photos for artists. By taking many, many pictures of Paris and suburbs, he anticipated the subjects, gimmicks, and sensibilities of modernism, from serialism to sex workers to the found surrealism of shop windows.
You might think that the Getty had a lot of Atget photographs, and you're not wrong. The website lists 319. The Solomon collection will put the total over 500. That makes the Getty's Atget collection second only to MoMA's among U.S. institutions. (MoMA has about 5000 prints via Bernice Abbott, who acquired the contents of Atget's studio). The Solomon accessions span all of Atget's famous series and two albums assembled in the artist's lifetime. They include photos formerly owned by Tristan Tzara, André Derain, Ilse Bing, and Richard Avedon.

The Getty plans a show of highlights from the Solomon collection in spring 2023. That will be followed by a larger exhibition marking the centennial of Atget's death in 2027.

Ted Gallagher NYC said…
Re Getty's newly acquired Woman from the French Colonies, 1861, by Cordier:
Very few variations are evident between the Met's version and the Getty's. The only variance that I've spied so far are in the fascinator headdresses.
I believe one model sat for both works.
Positives appear in each. I prefer the bronze portion of the Getty's, and the onyx-marble drapery portion of the Met's. The Met's socle is elegant, too.

William Poundstone said…
FWIW, the Met version of "Woman from the French Colonies" was lent to the Getty for a 2008 exhibition, "The Color of Life: Polychromy in Sculpture from Antiquity to the Present."
September 15, 2022 at 9:47 AM

Anonymous said…
When Cordier said, "Beauty does not belong to a single, privileged race," associating his work with colonialism and a "cringey" racial/cultural provincialism does seem to be painting with too broad a brush (pardon the pun---even more so when Cordier's work happens to be a sculpture).

However, cancel culture should make Parisians (and Londoners too) feel way more guilty about grabbing (stealing?) a lot of art objects made by people from far beyond their boundaries.

Ted Gallagher NYC said…
Marbles, schmarbles. They stole Ireland for 800 years and still haven't given some of it back.
My message to Ulster Brits: Let my Irish people go.
September 15, 2022 at 3:45 PM

Anonymous said…
^ Heck, isn't London's Victoria & Albert Museum resisting the basic reality that a prop (or something like that) from a Hollywood movie shouldn't go back to its rightful owner of the LA County Natural History Museum? Sheesh.
September 16, 2022 at 12:36 PM