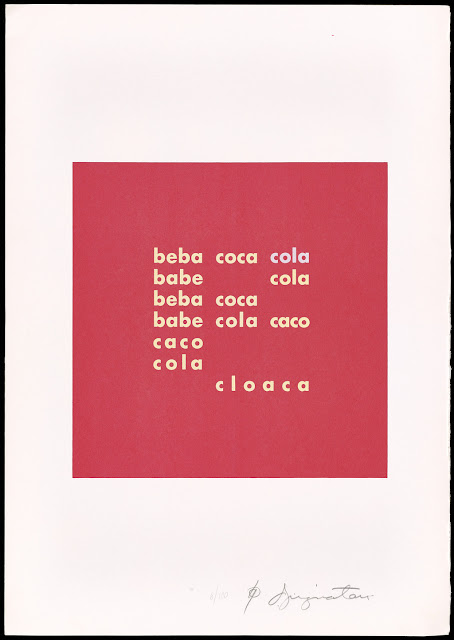 I like concrete poetry. Some of my literary and artistic friends don't. Concrete poetry is a form of punning, and puns are the lowest form of humor (except when they're not).
The concrete poetry movement began in the 1950s as an unlikely combination of Dada anarchy and Madison Avenue production values. It thrived outside the usual art capitals, in Switzerland, Brazil, and Scotland. The Getty Research Institute, which has collected concrete poetry since the 1980s, has just opened its first extended survey, "Concrete Poetry: Words and Sounds in Graphic Space." It's at the Getty Center through July 30, 2017.
The exhibition includes the concrete poem I recommend to friends as a demonstration that concrete poetry isn't as lame as they think: Décio Pignatari's "Beba Coca Cola" (1957, top of post).
Pignatari (1927-2012), was Brazilian, one of the Sao Paolo-based Noigandres group. The poem's title is Coca-Cola's Brazilian slogan of the time, a Portuguese translation of the English "Drink Coca-Cola." Pignatari used Coke's trademark red and white colors and a midcentury typeface to create an anti-advertisement. The usual English translation is:

A six-word condensation: drool, not drink, this sugary crap.
Coca-Cola is a first-world beverage made from two of the third world's most habit-forming stimulants. "I'd like to buy the world a Coke" runs another Coke slogan, the one Don Draper dreamed up at Big Sur. The pusher offers the first hit for free.
Coca-Cola already had an overtone of economic imperialism in the Brazil of the 1950s. Pignatari's poem references that, but it would be tone-deaf to read it as a narrow manifesto. "Beba Coca Cola" is political in the sense that Mad magazine was, a frankly sophomoric goof on the grown-up powers that be.
In some ways concrete poetry was a precursor to the Pop sensibility. Like Abstract Expressionism, the prevalent mid-century poetry was conceived to be about its creator's authentic inner life. But a decade before pop, concrete poetry was foregrounding slick surfaces over emotion, leaving critics to discern any seriousness of purpose that might exist. Andy Warhol, Claes Oldenberg, and the late James Rosenquist riffed on cola drinks. (So did non-concrete poet Frank O'Hara.) A later West Coast comparative is Ester Hernández' Sun Mad (1982). More political and funnier than Pop art, Hernández also draws on the power of commandeered illustration and typography. 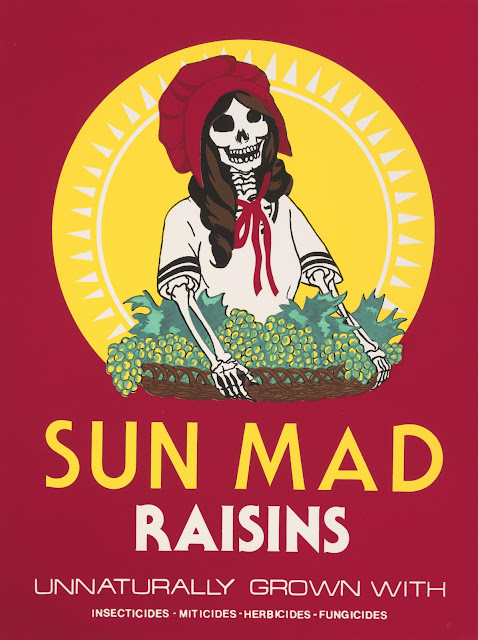 Pignatari's poem is less than all that, and more than that. He and contemporaries insinuated into globalizing culture a subversive brand of wordplay in which repetition and recombination express meaning while deconstructing it. Contemporary slacker-speak has evolved a perfect descriptor for concrete poetry: It is what is. 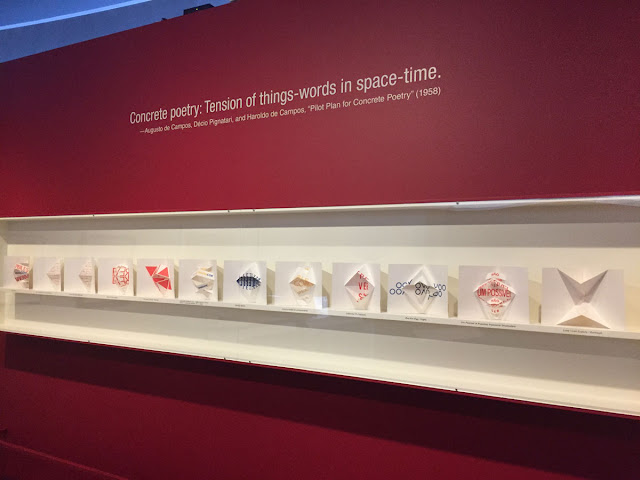