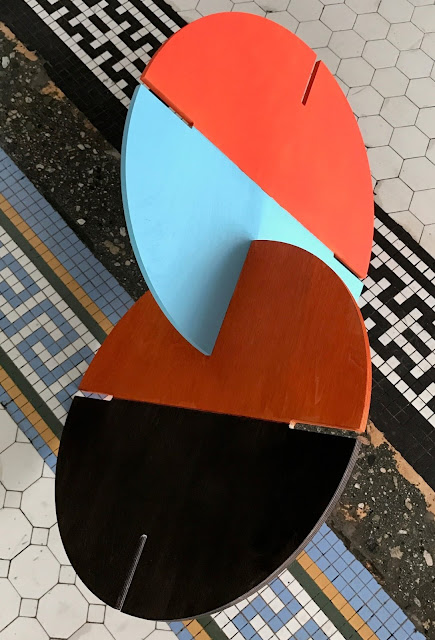 Museum seating has become a thing. Roy McMakin's chairs were singled out for praise in reviews of LACMA's John McLaughlin retrospective. The Heatherwick Studio's Spun Chairs have become the Hammer Museum's most family-friendly offering. Downtown L.A.'s Beta Main is due to get its own trademark seating. Alice Könitz has designed two chairs that debut May 7. Shown is a prototype Circle Chair (2017). It's something in the spirit of the Eames' House of Cards, but you can sit on it (if you can figure out how). The museum praises "the intimate environments they create both for looking and conversation, as well as their sculptural beauty."