The Broad has put on view Mark Bradford's 50-foot-wide collage-painting Deep Blue (2018). It's installed on a wall adjacent to the escalator. You can inspect it close up, but you can't back away far enough to see it all at once.

Deep Blue isn't the only line-of-sight-compromised Bradford in the Broad's current install. As Carolina Miranda noted, Bradford's Helter Skelter I—also a new acquisition and a mere 34 feet wide—is blocked by some kind of sculptural objet. 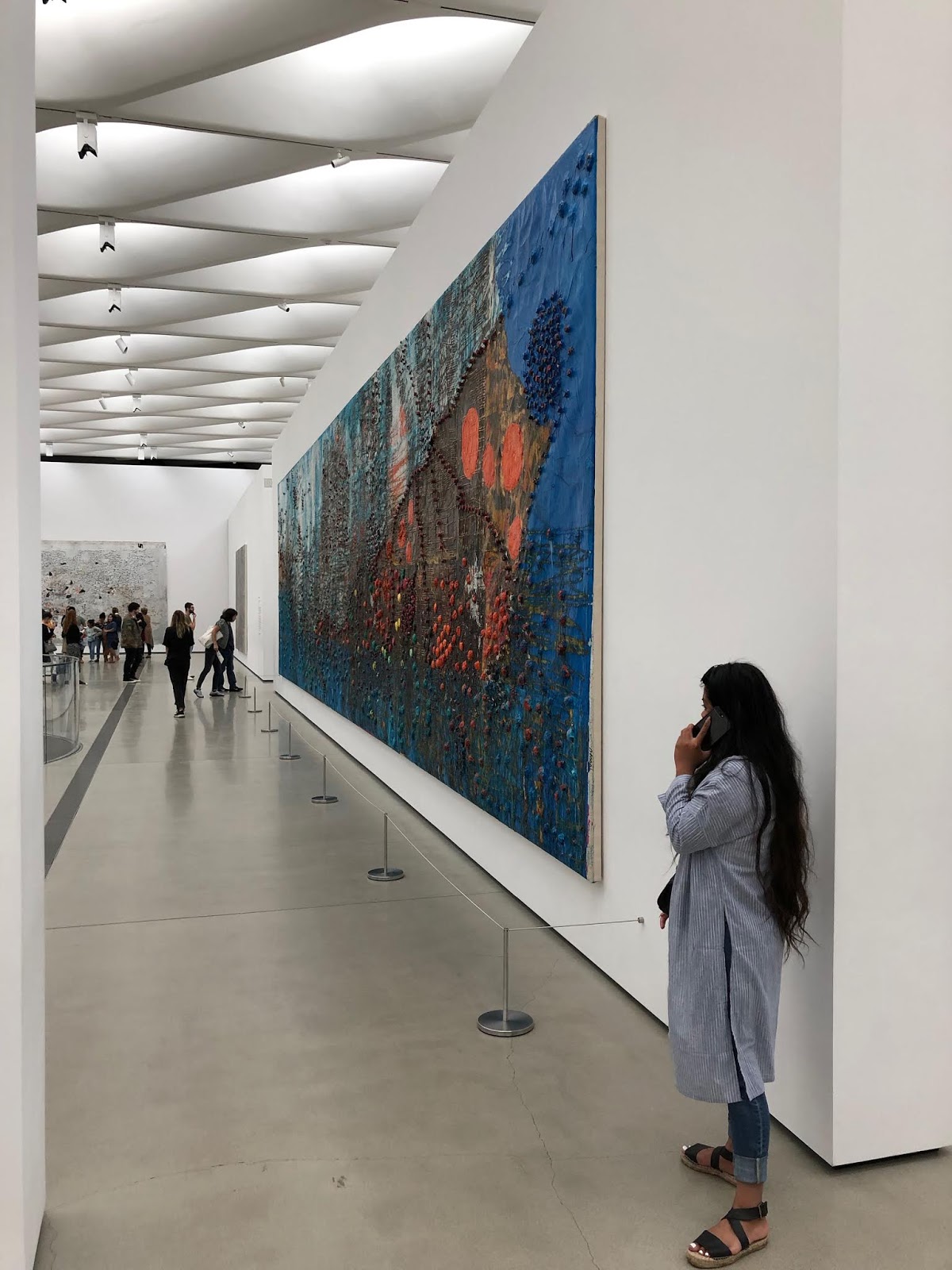 You can manage a decent view of Helter Skelter without too much trouble. Deep Blue is more of a challenge. While it is possible to see the whole painting unobstructed, this is only at a steep angle from an adjacent room. (Stand near Jeff Koons' Buster Keaton.) 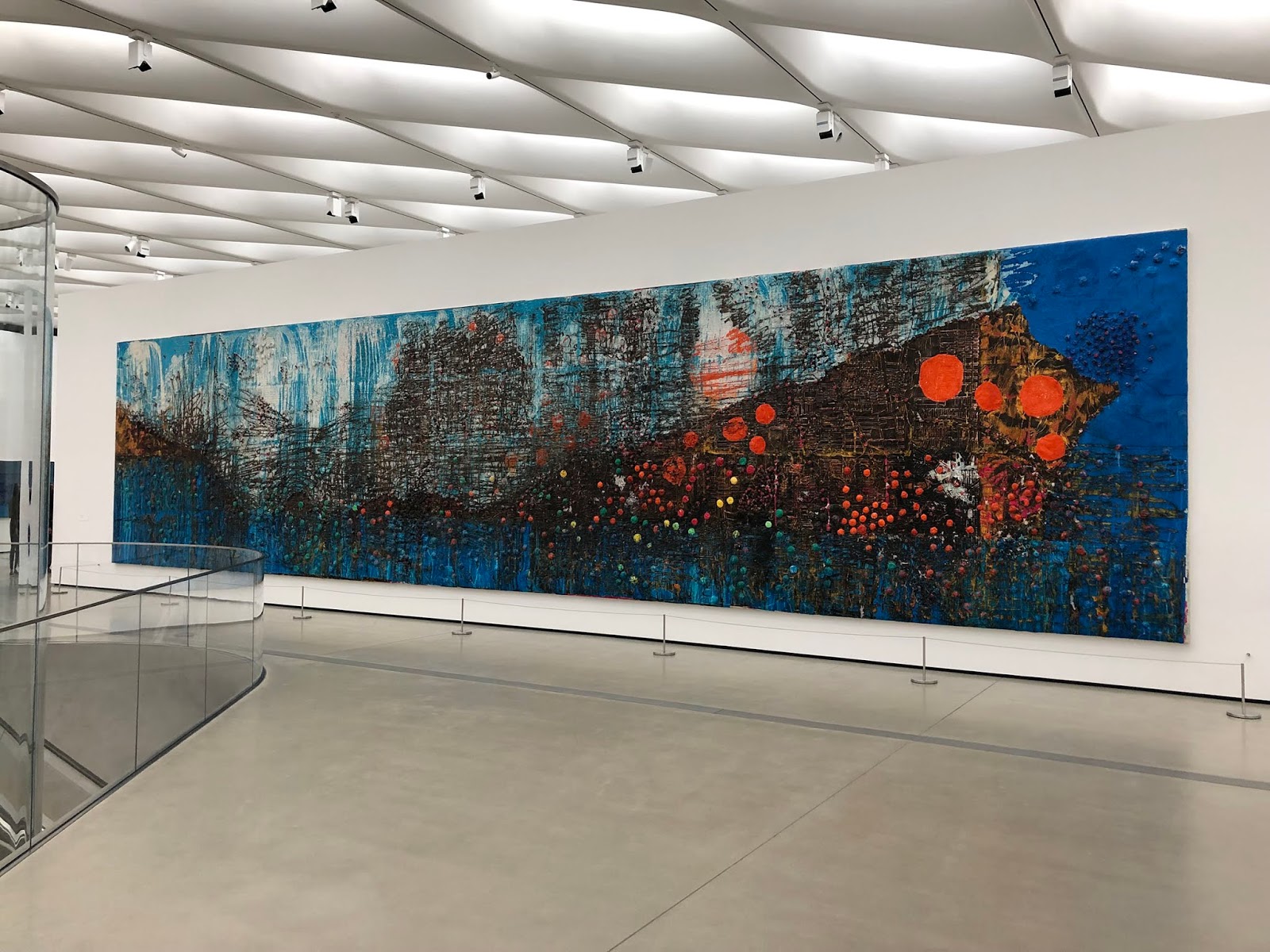 This is the Best General View. When you step off the escalator, turn around and go behind the glass elevator. You can see the whole painting at a not-ridiculous angle. The escalator well fencing clips the Bradford's lower left corner, but it's glass.
Deep Blue isn't the biggest painting in the Broad collection. That's Takashi Murakami's In the Land of the Dead, Stepping on the Tail of a Rainbow (2014). It's 82 feet long and has been shown wrapped around a corner, with the artist's blessing. That works because of the multi-focus subject.
LACMA just bought a 80-foot-long video installation, Lisa Reihana's In Pursuit of Venus [infected], 2015-17. One index of its size is that the artist had to make a 30-foot-wide reduction to show it to the Collectors Committee patrons who bought it. There wasn't enough available space in the Resnick Pavilion to show the unabridged piece.

Such works are conceived for the big box stores of art fairs and biennials. Then what? They're too big to ship home to a billionaire's penthouse or beach home. They're mainly for a collector's private museum, somewhere outside of the largest urban art centers. Frank Gehry has talked up how artists will respond to the challenge of grand museum spaces like Bilbao. But most public museums can't afford a mega-scale Bradford or Murakami, nor do they have the space to show them. In that sense we are bumping up against the 1967 declaration of Time magazine: Art is outgrowing the (public) museum.

Mattia Nuzzo said…
I’ve always found the Broad’s column-free gallery space to be oddly broken up. What’s the point of making such a space when works like Bradford’s (and the huge Murakami that was exhibited with a kink downstairs before it) are shown in comprised situations?
April 25, 2019 at 3:07 PM