This summer SelgasCano's 2015 Serpentine Pavilion will be installed at the La Brea tar pits, between LACMA and the Page Museum. At the 2015 showing in London's Hyde Park, it was described as "a psychedelic pupa" and "a rainbow wormhole ready to suck you into another dimension."

It's the creation of Spanish architects José Selgas and Lucía Cano (who use the collective name SelgasCano) and is presented in collaboration with the Natural History Museum of Los Angeles County. The project's website is here, but there aren't many details. The 866-sq. ft. structure is to house film screenings, music, and "unexpected speakers" who will "explore key ideas in the 21st century." The pavilion is to open June 28 and run through November 24, 2019.

The London structure was super-popular, and this is certain to be too. (Urban Light, move over?) 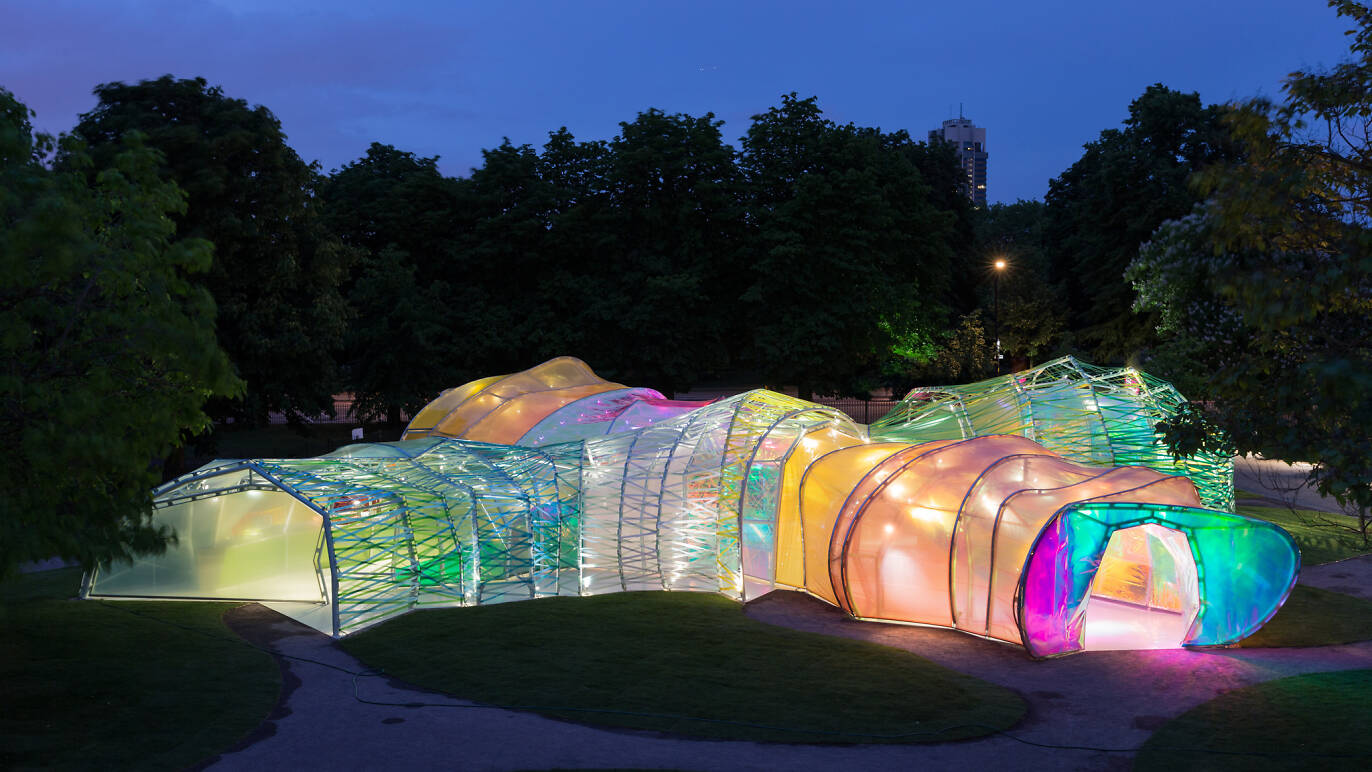