Susan Sontag graduated North Hollywood High as the world's smartest Valley Girl. In 1964 she published "Notes on Camp," the essay that supplies the framework for the Metropolitan Museum's "Camp: Notes on Fashion" (through Sep. 8). The Costume Institute show has not lacked for publicity, but I've not seen anything remarking on its substantial Los Angeles (not Hollywood) connections. Besides showing costumes, the exhibition traces the history of camp through art, literary manuscripts, and ephemera. Many objects are by figures associated with Los Angeles or owned by L.A. institutions. The holy of holies is the original typescript of "Notes on Camp," with edits in Sontag's hand. It's lent from the UCLA Research Library, which acquired Sontag's papers in 2002.
The first object "Camp" visitors see is a loan from the Getty, a bronze reduction of the Belvedere Antinous, formerly in the collection of Louis XIV and attributed to Pietro Tacca. This introduces not only the homoerotic roots of camp but the arm-akimbo pose that was associated with camp in Baroque France. The pose was adopted by Louis XIV in his Hyacinthe Rigaud portrait (there's a small copy on view) and by Oscar Wilde in his portrait by American artist Robert Goodloe Harper Pennington.
Wilde (to whom Sontag dedicated "Notes on Camp") liked the portrait so much he hung it over his fireplace. It must have been on his mind when he wrote The Picture of Dorian Gray (1890). The portrait was sold after Wilde's arrest and bankruptcy, falling into the hands of a string of admirers, culminating in Los Angeles copper heir and bibliophile William Andrews Clark Jr. Otherwise known as the founder of the L.A. Philharmonic and the Hollywood Bowl, Clark assembled the world's largest collection of Wildeana. His relatively little-known collection is housed at UCLA's William Andrews Clark Memorial Library (in West Adams, not Westwood).
An early (1947) Tom of Finland on view is akin to J. C. Leyendecker’s magazine illustrations (except they're dudes). There's a more properly camp treatment of sailors and fancyboys in Paul Cadmus' 1934 The Fleet's In!
In "Notes on Camp" Sontag writes: "Apart from a lazy two-page sketch in Christopher Isherwood's novel The World in the Evening (1954), [camp] has hardly broken into print." The Met shows the two typescript pages by Isherwood, on loan from the Huntington (which holds Isherwood's papers). They're a perceptive description of camp in fictional dialog, predating Sontag's essay by a decade. Isherwood distinguishes the "high camp" of the baroque and ballet (with "an underlying seriousness") from the "low camp" of "a swishy little boy with peroxided hair, dressed in a picture hat and a feather boa, pretending to be Marlene Dietrich." We're informed that Mozart and Victor Hugo are camp. Beethoven and Flaubert aren't. Any questions? 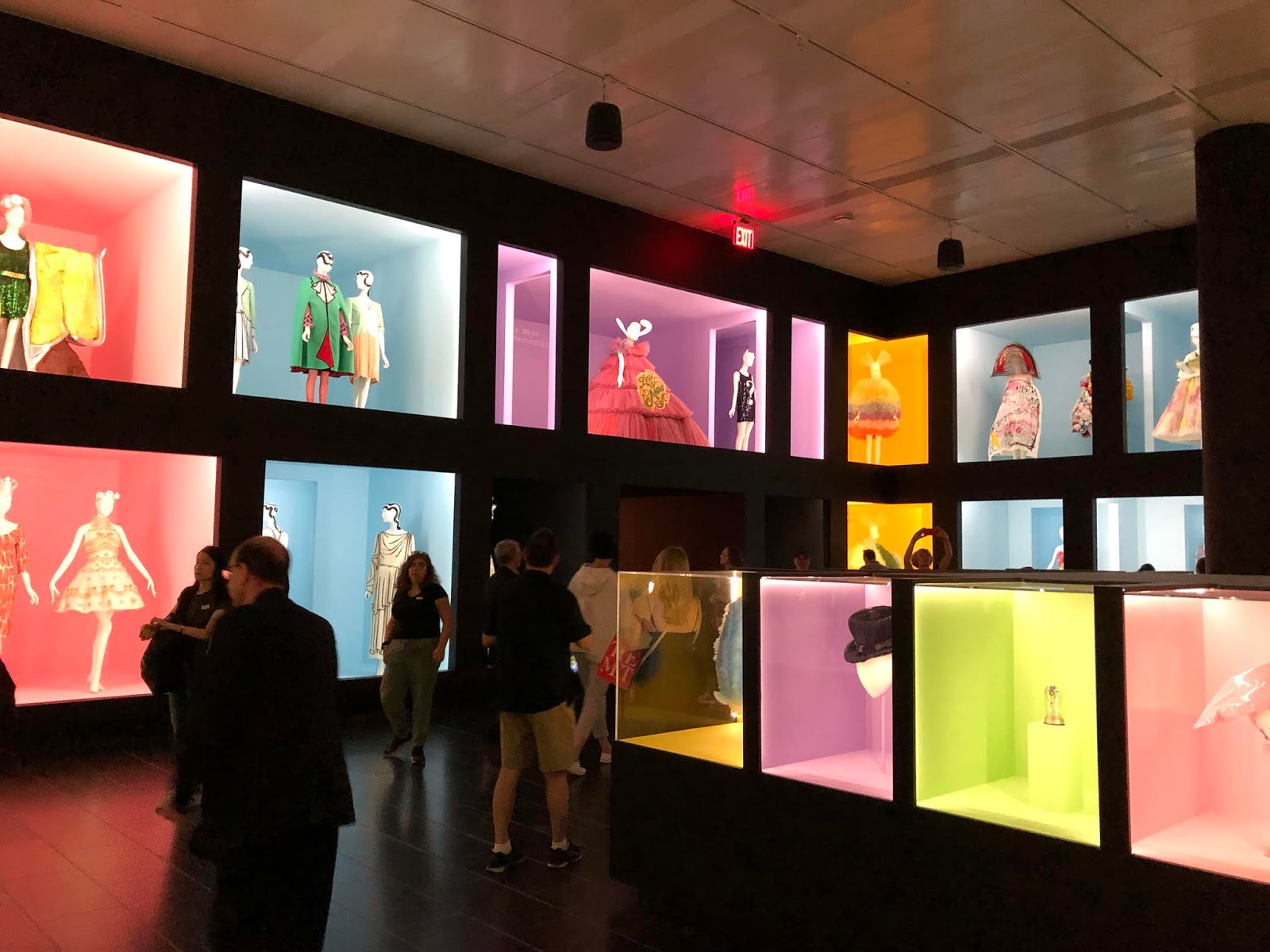