The Getty has added sets of photographs by Alberto Rizzo and Osamu Shiihara; an 18th-century pastel portrait by Pietro Antonio Rotari; a watercolor by Karl Schmidt-Rottluff (at the GRI).

Born in a suburb of Rome, fashion photographer Alberto Rizzo (1931–2004) has a Hollywood connection. He trained as a ballet dancer and worked with Fred Astaire after his 1960 move to the U.S. Rizzo later became a photographer in New York, working for the big fashion magazines and designers (plus the less-big Rudi Gernreich). Rizzo's personal projects spanned still lifes of paper folded like ribbon candy and staged scenes reflecting Italian Neorealism.
Osamu Shiihara (1905–1974) studied Western painting and became one of Japan's most original photographers. His works plumb urban anomie through unusual subjects and perspectives, found surrealism, and darkroom gimmickry. The Getty bought over 30 works from the artist's estate, via MEM Gallery, Tokyo. Shiihara deserves to be better known in the West. 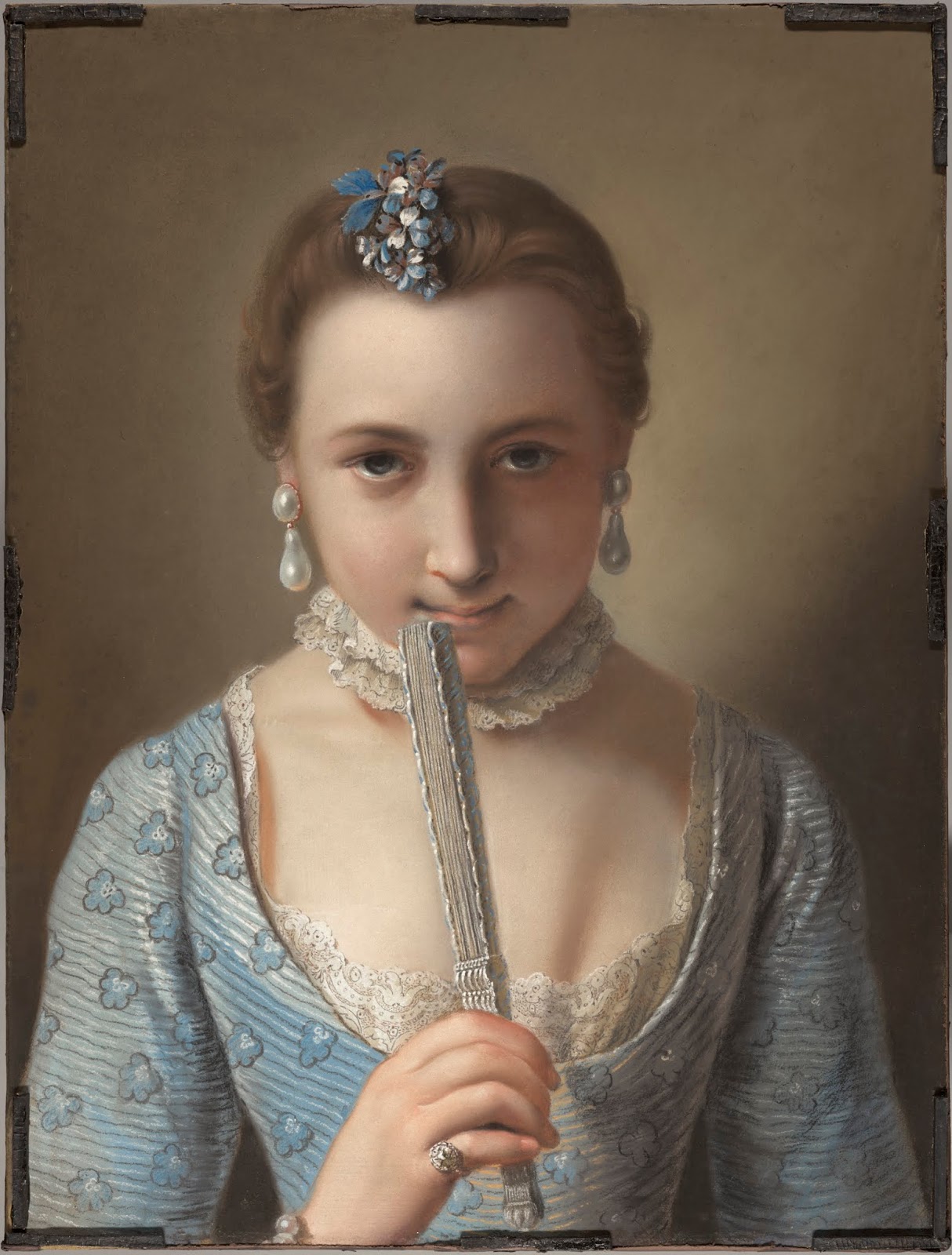 A small Getty show on Millet and the 19th-century revival of pastel is on pause. Not included is a work the Getty purchased last year, from the first, 18th-century age of pastel: Pietro Antonio Rotari's Young Woman with a Fan (early 1750s). It was recently on offer at Munich dealer Daxer & Marschall.

Rotari made a career with idealized, half-length images of young women, mostly oils. Catherine the Great owned 368 paintings by Rotari, and Norton Simon had to settle for seven—shown in a 2017 exhibition in Pasadena.

The Getty Research Institute has acquired the papers of L.A. light and space artist Eric Orr (1939–98); plus a Karl Schmidt-Rottluff watercolor of Blooming Cactuses from the 1920s. It reflects the German Expressionist fascination with cacti as emblems of American's wild, cinematic west. The watercolor is a gift of Dr. Richard A. Simms, donor of the GRI's Käthe Kollwitz collection.
UPDATE: See the Getty's Iris blog on Blooming Cactuses.