LACMA has put on view its new Beauford Delaney portrait. It's accompanied by three other works of African American modernists, each new to the collection.

Next to the Delaney is a spectral Sharecropper by John Biggers (1924-2001). Biggers' vision of modernism is less European, drawing on the Mexican Muralists, the American Regionalists, and Charles White (Biggers' teacher). The overworked farmer's hands are claws, his white hair is a halo or a match head igniting. Daylight blares through the timbers of his shotgun house, but it is night inside, the man is alone, and his eyes are firmly shut.

LACMA has a large, multifigure drawing by Biggers (who was a cousin of Sanford Biggers).

Closer to Delaney's circle is Ed Clark (1926-2019). Clark spent half of the 1950s in Paris, socializing with Delaney, James Baldwin, Richard Wright, Romare Beardon, Sam Francis, Joan Mitchell, Al Held, and other A-list expatriates. It was in Paris that Clark turned to abstraction and devised the technique of pushing paint across canvas with a janitor's push broom. Clark called it "the big sweep," a pun on L.A.'s Raymond Chandler. The LACMA painting was created shortly after Clark's return to New York.

It is only in the past few years that Clark has been recognized as one of the most lyrical of mid-century abstractionists. He disliked the term Abstract Expressionist, but so he is generally pegged. LACMA is debuting Clark's untitled work next to a Jackson Pollock and a Barnett Newman bronze. 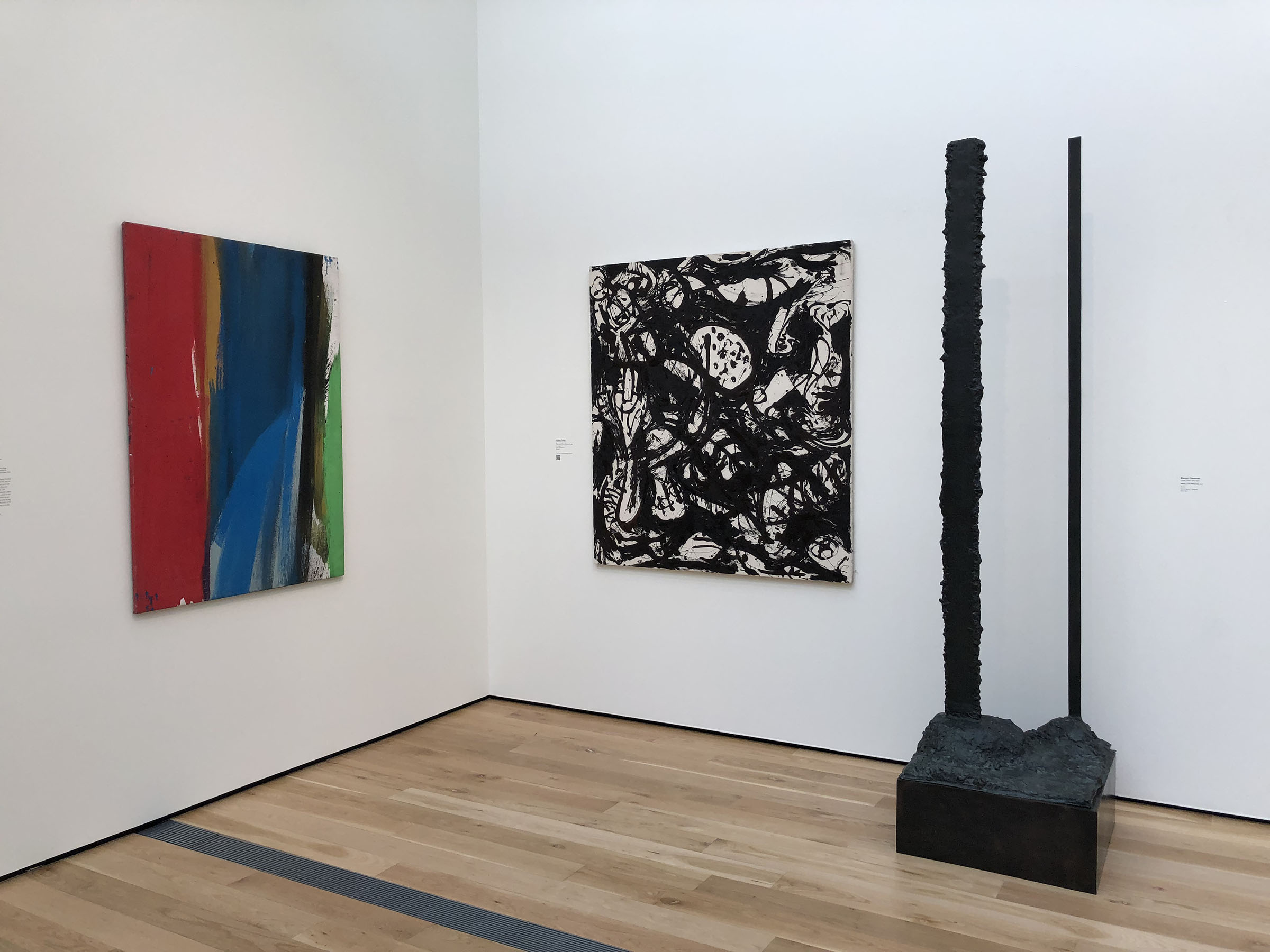 Ruth Saturensky (1920-2018) sourced the materials for Race Baby (1966) from the embers of Watts. It was included in Noah Purifoy and Judson Powell's germinal exhibition "66 Signs of Neon."