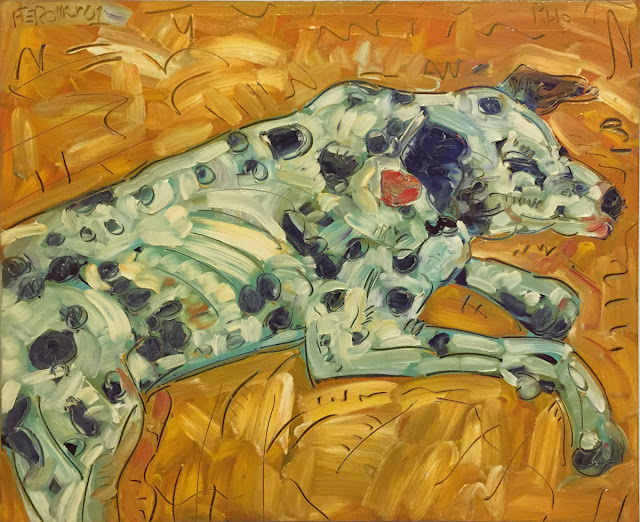 This is the year that dos of Los Four get serious museum treatment. "Dreamland: A Frank Romero Retrospective" is at the Museum of Latin American Art, Long Beach, through May 21. A Carlos Almaraz show comes to LACMA in August. "Dreamland" is the first Chicano exhibition for MOLAA, which previously restricted itself to artists working south of the Rio Grande. With 200 works "Dreamland" is crazy-big. It spans paintings (mural-size agitprop to modest-size still life), drawings, and neon sculptures. A more tightly edited show, like maybe a third the size, could have championed Romero better. But "Dreamland" underscores how multifarious Romero's art is. I left marveling at three dog portraits, all weirdly effective riffs on expressionism, outsiderism, and (Lucian) Freudianism. (At top, Pablo, c. 2001.) 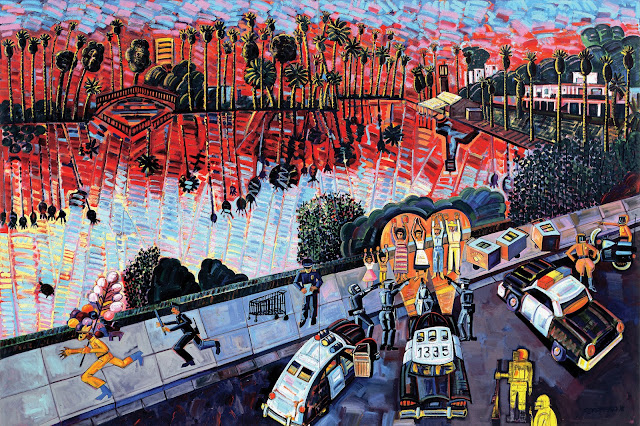 Romero is best known for candy-hued, politically charged history paintings. Most of the key ones have been assembled here. Above is The Arrest of the Paleteros (1996), from the Cheech Marin collection. Below is a blazing cake for Rodney King's 25th anniversary, L.A. on Fire (c. 1992). 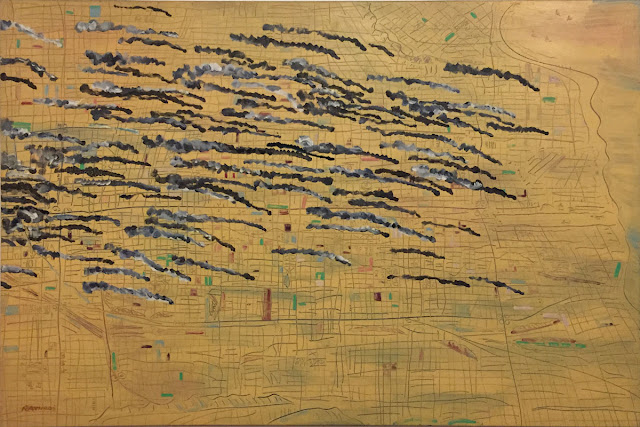 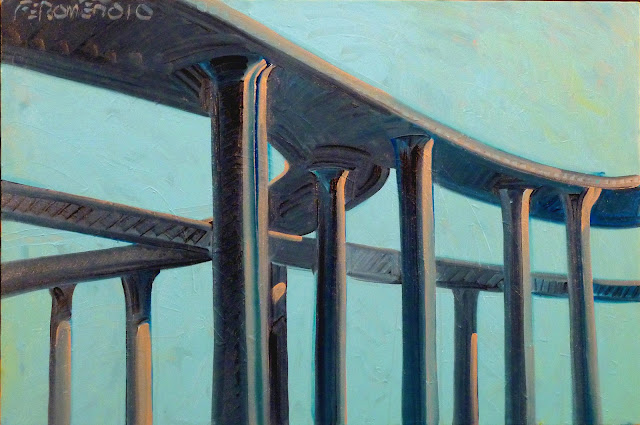 L.A. artists from Lundeberg to Kuntz to Opie have adopted freeways as found abstractions. Almaraz painted freeways too, as sites of self-immolation in the big, random city. Romero has churned out cartoony view paintings of freeway-girt L.A. City Hall and Disney Hall; but his best freeway paintings are subtler. Harbor Freeway (2010) finds grace in an ugly duckling of civil engineering. Freeway Blue on Blue (c. 2008) and Freeway Pink & Red (2007) are part of a series of drone's-eye hard-edge abstractions. 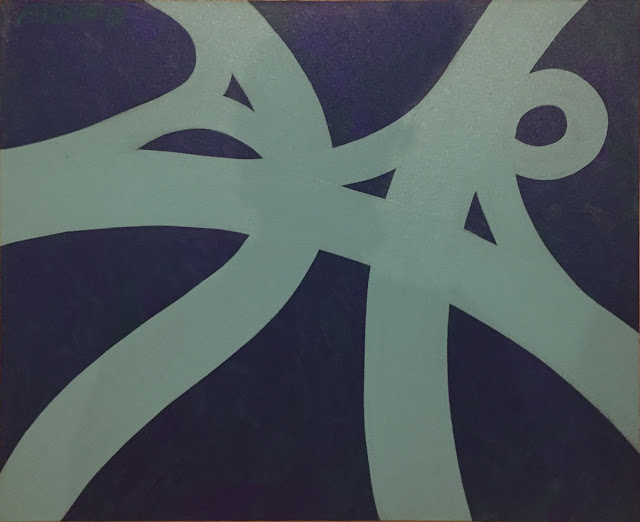 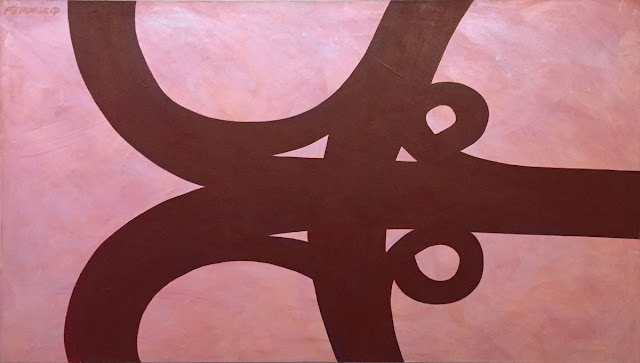