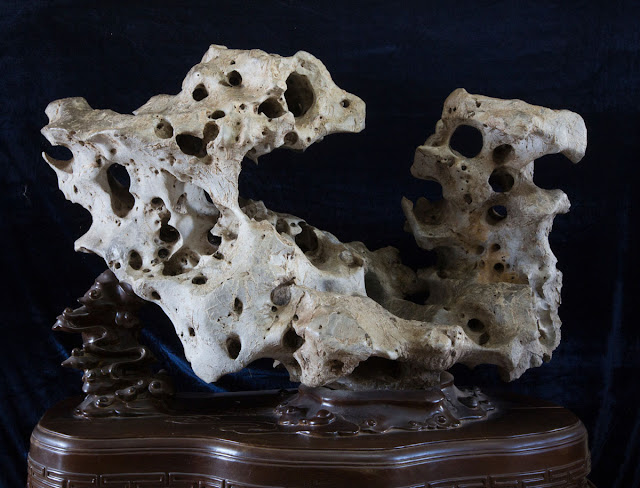 LACMA is becoming a rock museum. Its Collectors Committee has recently bought a Chinese Taihu stone for $80,000. It joins the well-known "LACMA rock," Michael Heizer's Levitated Mass, and a lesser-known work that has just gone on view, Wallace Berman's Topanga Seed (1969-70). 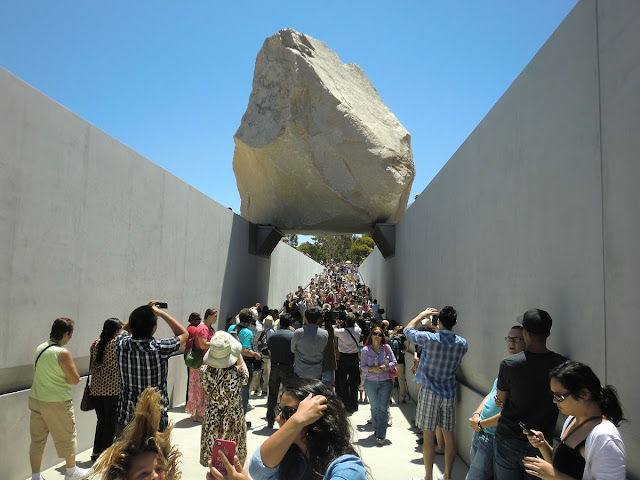 Shown in the Ahmanson Building's modern galleries, Topanga Seed is a ton and a half of dolomite from Topanga Canyon, where the artist lived. It's covered with Hebrew transfer lettering. Berman took aleph as his trademark and was intrigued by the Kaballah. The boulder's Hebrew is however random and meaningless. 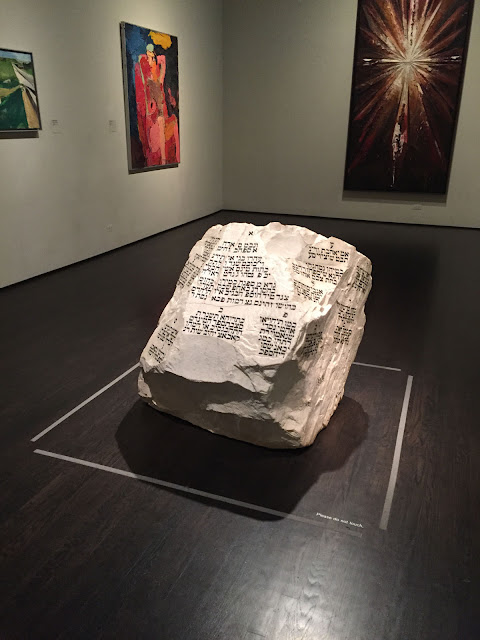 Culturally and conceptually LACMA's three rocks-as-art have little in common aside from being rocks. Berman's work is a Duchampian gesture, asking and answering the question of whether a rock can be art. Topanga Seed was formerly owned by Elyse and Stanley Grinstein, he a co-founder of Gemini G.E.L. It was long shown in the entryway of their home, near a Dan Flavin and works by John Baldessari, Doug Edge, Tom Wudl, and Robert Graham. 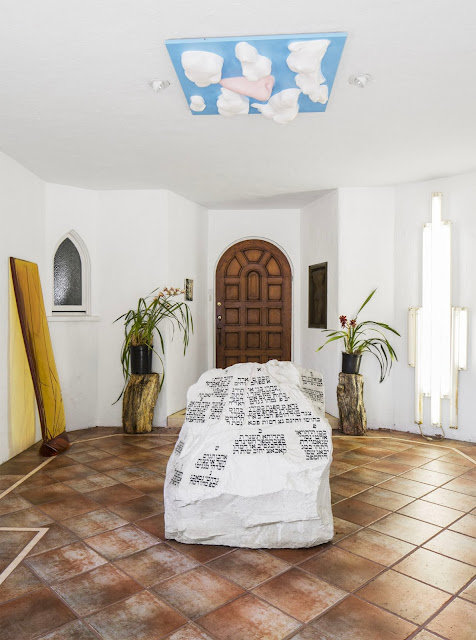