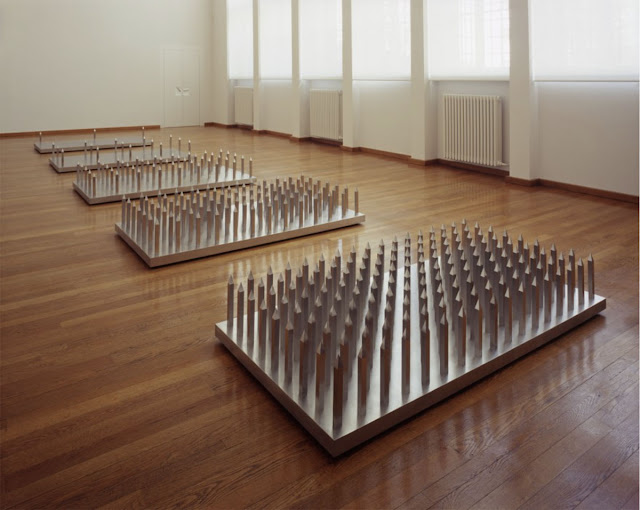 A while back I wrote on the trend of museums requiring visitors to sign legal waivers absolving the museum of responsibility for injury or death from a "participatory" artwork. I tentatively traced the practice to two 1980 lawsuits brought against the Whitney Museum by visitors who stumbled while viewing James Turrell's light installation City of Arhirit.

LACMA's current "Los Angeles to New York: Dwan Gallery, 1959-1971" includes an older waiver, from a 1969 exhibition at Dwan's private L.A. gallery. It pertains to Walter De Maria's Bed of Spikes (1968-69, not in the LACMA show), which Dwan later gave to the Dia Art Foundation. The spikes are sharp but no one was intended to walk or lie on them, and the risk of injury seems slight. In short, the use of waivers as a way of trolling media coverage seems to have been current no later than 1969. 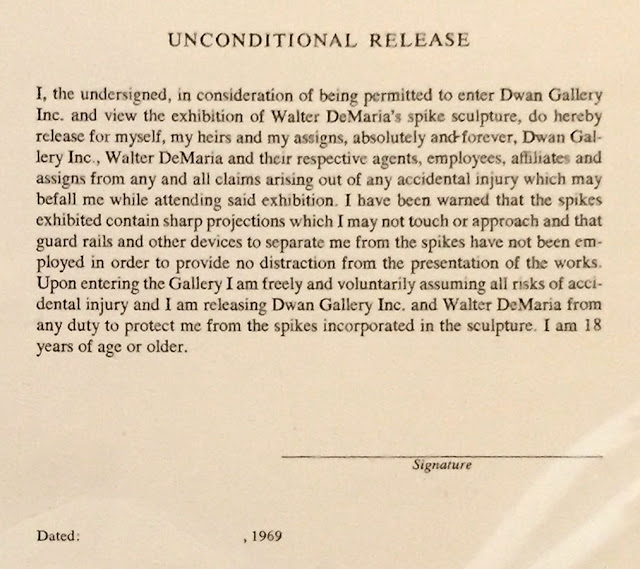