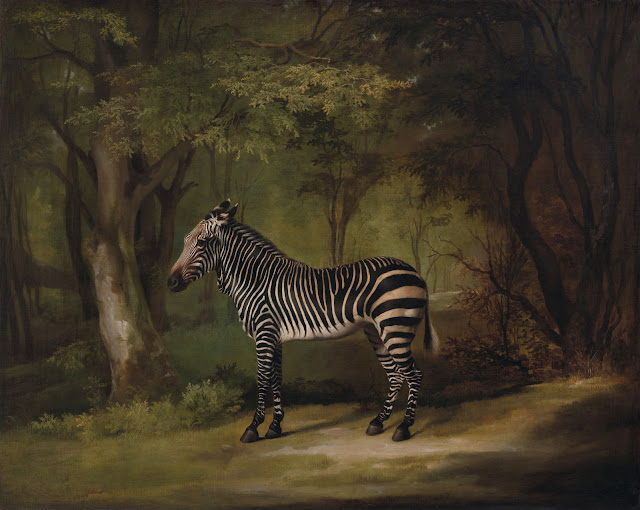 George Stubbs' famous 1763 painting of a zebra, owned by the Yale Center for British Art, will be lent to the Huntington Feb. 3—Apr. 30, 2018. A gift to Queen Charlotte, the zebra was the first ever seen in Britain. It became the talk of London when displayed in the Buckingham Palace menagerie. (Stubbs' woodland setting is nothing like the creature's grassland habitat.) Known as the "Queen's Ass," that name proved a font of bawdy double-entendres and resulted in a popular song. The zebra was eventually exiled to the Tower of London, where it died in 1773.
Email Post
Labels: George Stubbs Huntington