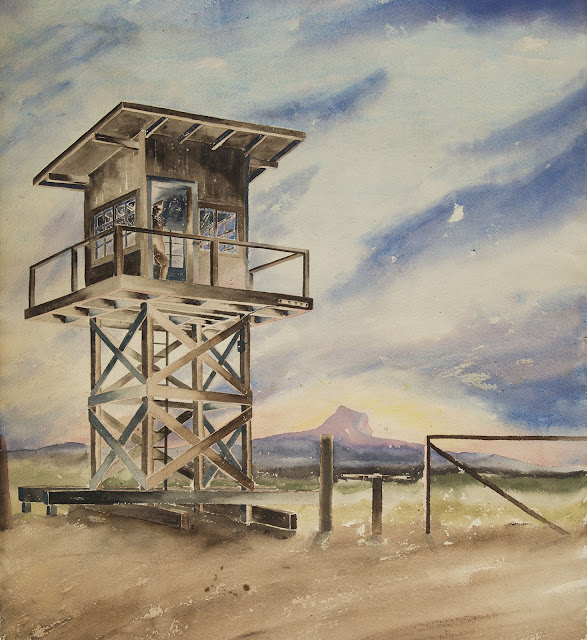 The Japanese American National Museum is showing the Eaton collection of internment art, acquired in 2015 after social-media activists protested an impending auction. "Contested Histories: Art and Artifacts from the Allen Hendershott Eaton Collection" is shoehorned into a library space with less than optimal lighting. (JANM's exhibition galleries are occupied with its sprawling PST LA/LA show, "Transpacific Borderlands.") But "Contested Histories" offers a near-comprehensive introduction to a collection that bolsters JANM's scholarly heft. The display runs through Apr. 8, 2018, and is to tour nationally. 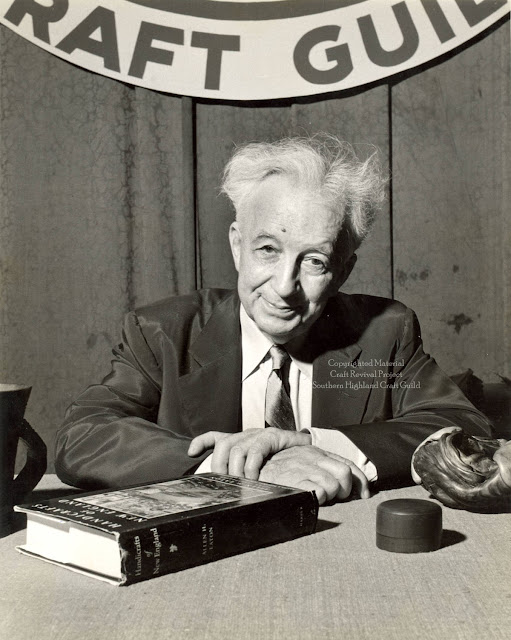 Who was Allen Hendershott Eaton? Born in Oregon, Eaton (1878–1962) was an enthusiast of American crafts and folk art. He lived at a time when collectors, galleries, museums, and artists gained appreciation for the work of self-taught rural artists. Viewed through art history's rear-view mirror, "folk art" looked modern indeed.

By the second World War, distinctions between folk art and historical artifact were fluid. Duchamp declared a urinal to be art—the folk art crowd staked out quilts and duck decoys. There was commercial and intellectual pressure to identify and present new types of objects as art. Most of what was called folk art had been made in the Northeast, within a stone's throw of the summer homes of antiquing Yankees.

In his writings, Eaton liked to quote William Morris: "Art is the Expression of Man's Joy in Work." The flip side of that is the Auschwitz motto: "Work Sets You Free." It was in America's concentration camps that Eaton struck gold. 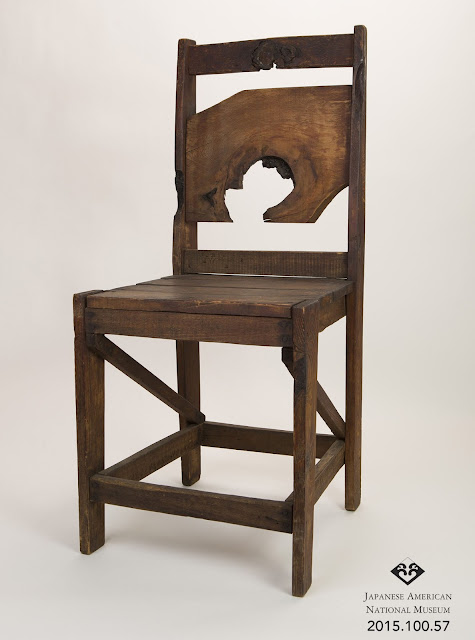 Roosevelt's 1942 order sent over 110,000 Japanese-Americans to hastily constructed camps that often had no furniture aside from metal bed frames. Internees began constructing chairs from such wood as they could find. A chair in the Eaton collection is poised between Shaker plainness and Nakashima truth to materials. 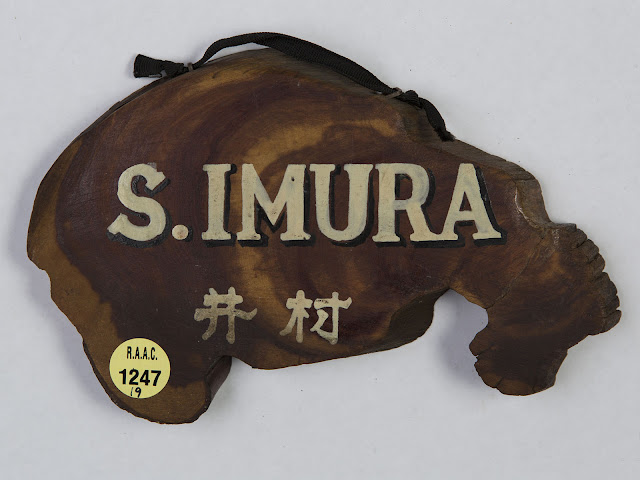 Barracks were cookie-cutter indistinguishable, like a nightmare premonition of postwar suburbia. Homemade signs distinguished one residence from another. 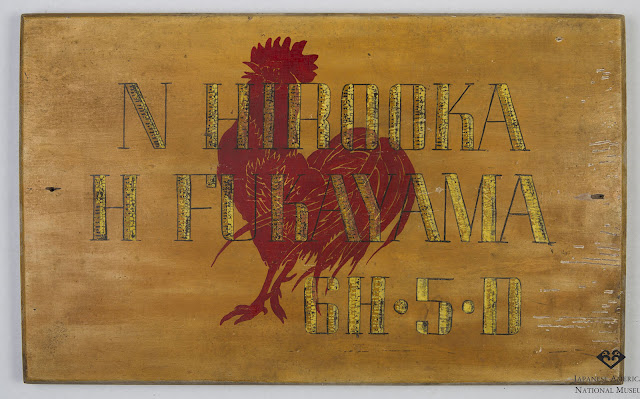 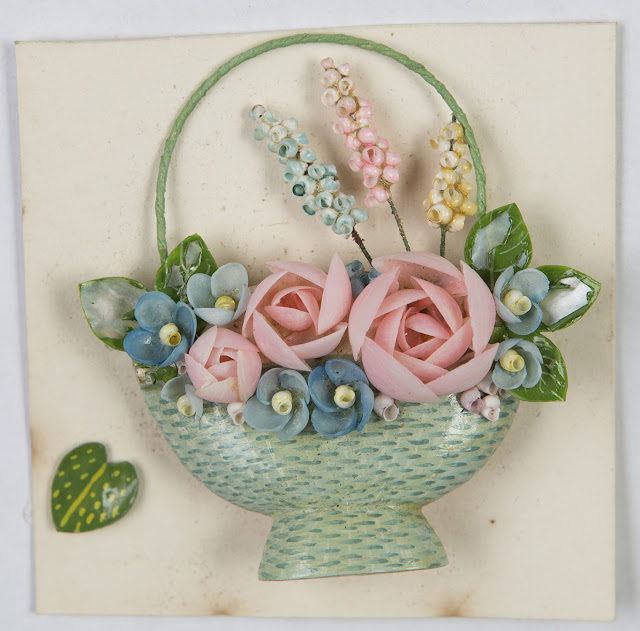 The internment camps were in the Far West and Arkansas, mostly terra incognito for folk art as it was then understood. In summer 1945 Eaton visited five camps, sending assistants to another four. He found that internees had created not only practical goods but paintings, sculptures, photographs, jewelry, and bric-a-brack. (Particularly "folksy" are tiny bouquets made from shells.) Eaton wrote that he tried to buy artworks for an intended show, but the internees mostly gave him the works for free. 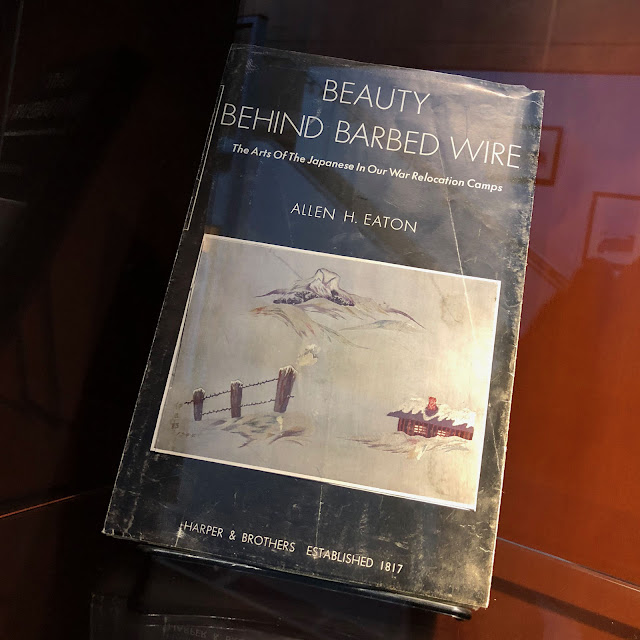 Eaton's exhibition never happened (before now, that is). It did result in a 1952 book, Beauty Behind Barbed Wire. Eaton's collection was eventually inherited by his daughter and then by a friend of hers. This unidentified owner arranged to auction the items at New Jersey's Rago Art and Auction Center in April 2015. A New York Times article alerted Yoshinori Himel of Sacramento, who recognized a photograph of his mother among the auction lots. Himel started a Facebook page to prevent the collection's dispersal. Actor and social net celeb George Takai launched a campaign to acquire the Eaton collection for JANM and assisted in the negotiations. JANM bought the 450--piece collection in a private deal. 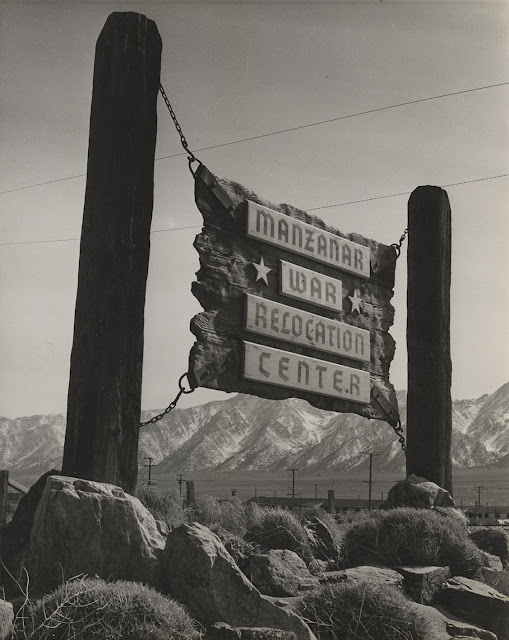 "Contested Histories" is showing most of the major objects except for photographs. You can view the whole collection via hi-res photos on JANM's Flickr. In many cases makers and histories are unknown. The museum is asking viewers to supply information on any objects they recognize. 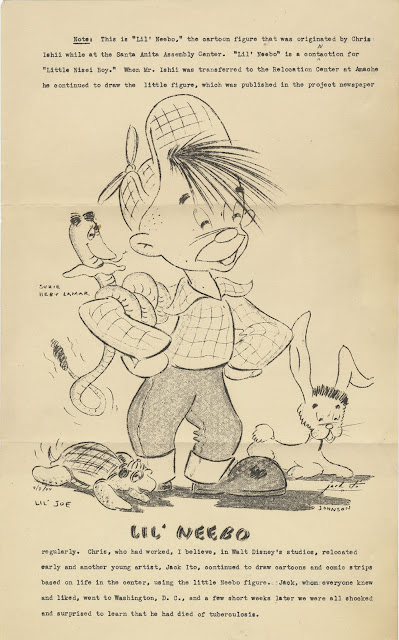 "Lil' Neebo" was a cartoon character of an interned boy, featured in the Granada camp (Colorado) newspaper and in puppet shows. He was created by Chris Ishii, a Chouinard-trained Disney animator who later directed the Snow White sequence in Annie Hall. (Another toon fact: Iwao Takamoto, also an interned Disney animator, later went on to draw Scooby-Doo.)

A large set of watercolors are split between post-card size views of the dark side of the American Scene, and larger ink paintings of bamboo, fish, and calligraphy owing nothing to America and the modern century it rode in on. 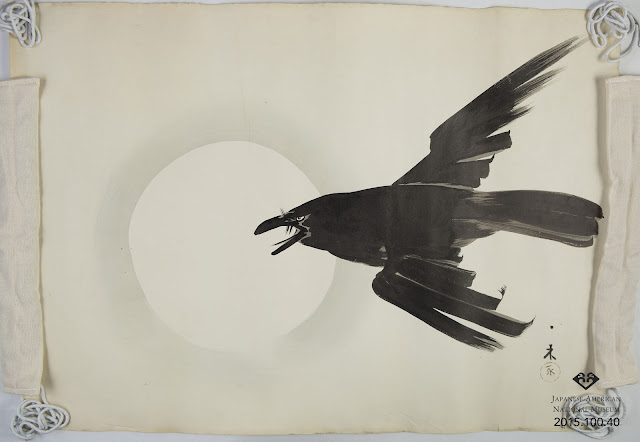 Possibly the best-known genre of internment art is bird pins, a specialty of Arizona's two camps. They must have delighted Eaton as jewel-sized counterparts to East Coast duck decoys. (Compare also the Eameses' House Bird, c. 1910 Appalachia.) The bird pins were carved and painted after illustrations in National Geographic magazine. The feet were wire, made from unraveled window screens. One pin, of an American eagle, hints at how conflicted loyalties were. 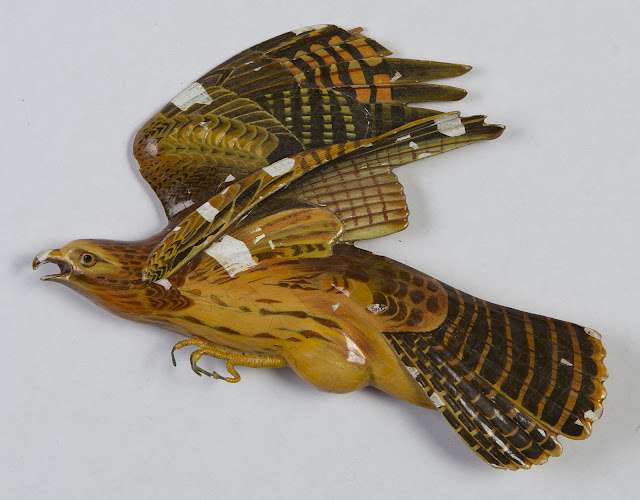