A Field Guide to Ragnar Kjartansson's "The Visitors" 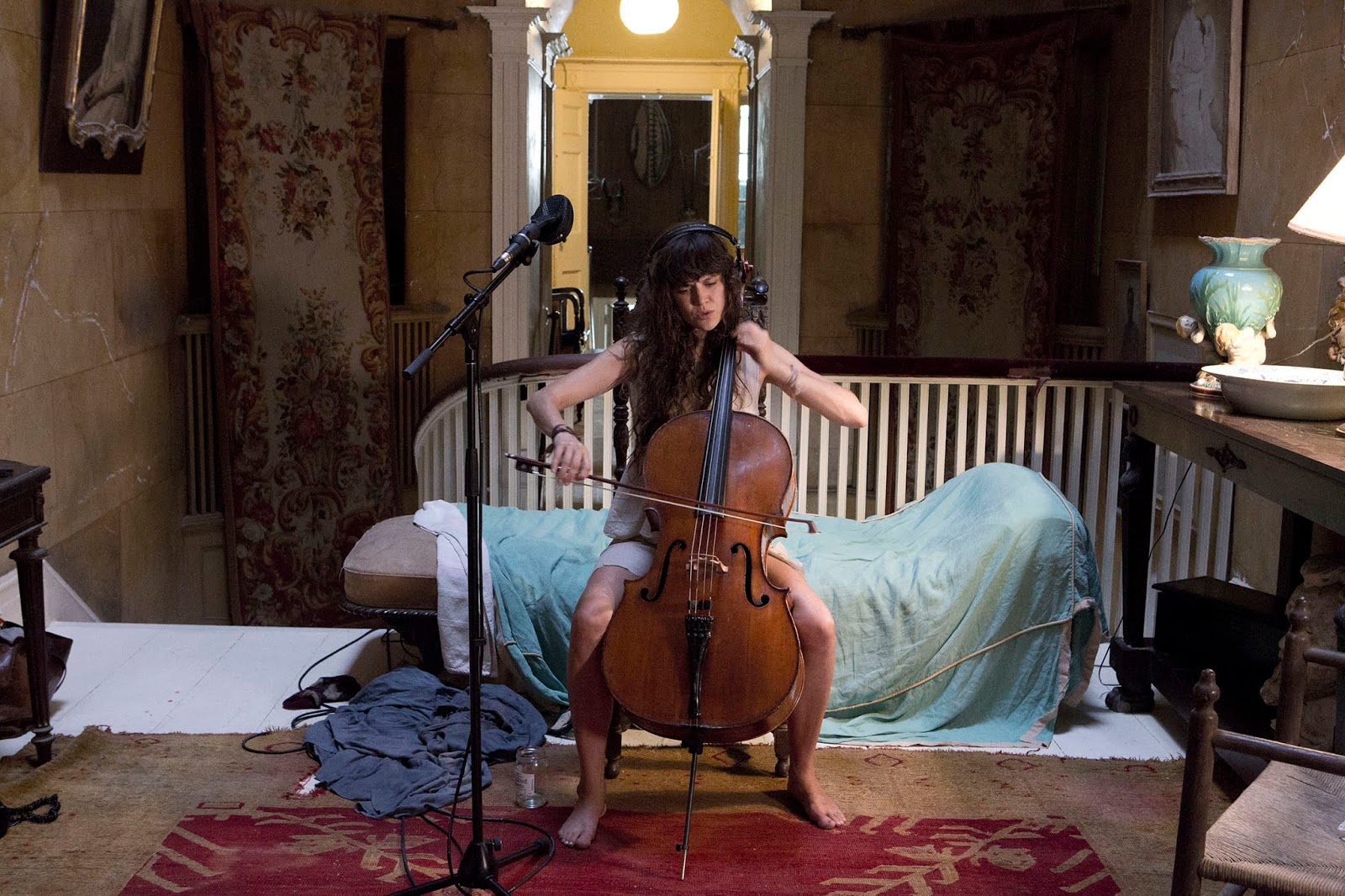 One of the most popular works at the Broad is all but selfie-proof. The artist is not quite the usual megabucks art market star and—in a world where museum visitors spend a few seconds in front of an artwork—it causes some admirers to devote an hour to it. I am speaking of Ragnar Kjartansson's The Visitors (2012), a nine-screen video installation shown in a darkened gallery and running 64 minutes. The Visitors is essentially a music video. It connects to those who don't normally like performance art or video art or contemporary art, period. Fans come back to see it multiple times. They're doing that now, for The Visitors is currently on view in the Broad's "A Journey That Wasn't" (through early Feb. 2019).

This may make it sound like The Visitors is the Infinity Mirror Room of performance. Not really. Critics have often been as enthusiastic as the fans. Sebastian Smee wrote,

Aside from anything else, “The Visitors” is a triumph of tone. Alive to the preposterousness of its premise—a bunch of hipster musicians from Iceland squatting in a grand home on the Hudson… in order to perform a repetitive, rather unremarkable song—it somehow transforms latent irony into sincere and open-hearted expression. You never even notice the gear change. The whole thing is like catching a wave, against tough odds, and turning around to discover dear friends all whooping with delight on the same surfboard.

For Albert Mobilio, the piece's conclusion "is unexpectedly profound. While nothing has really happened… paradoxically, the lack of action has made much of very little." 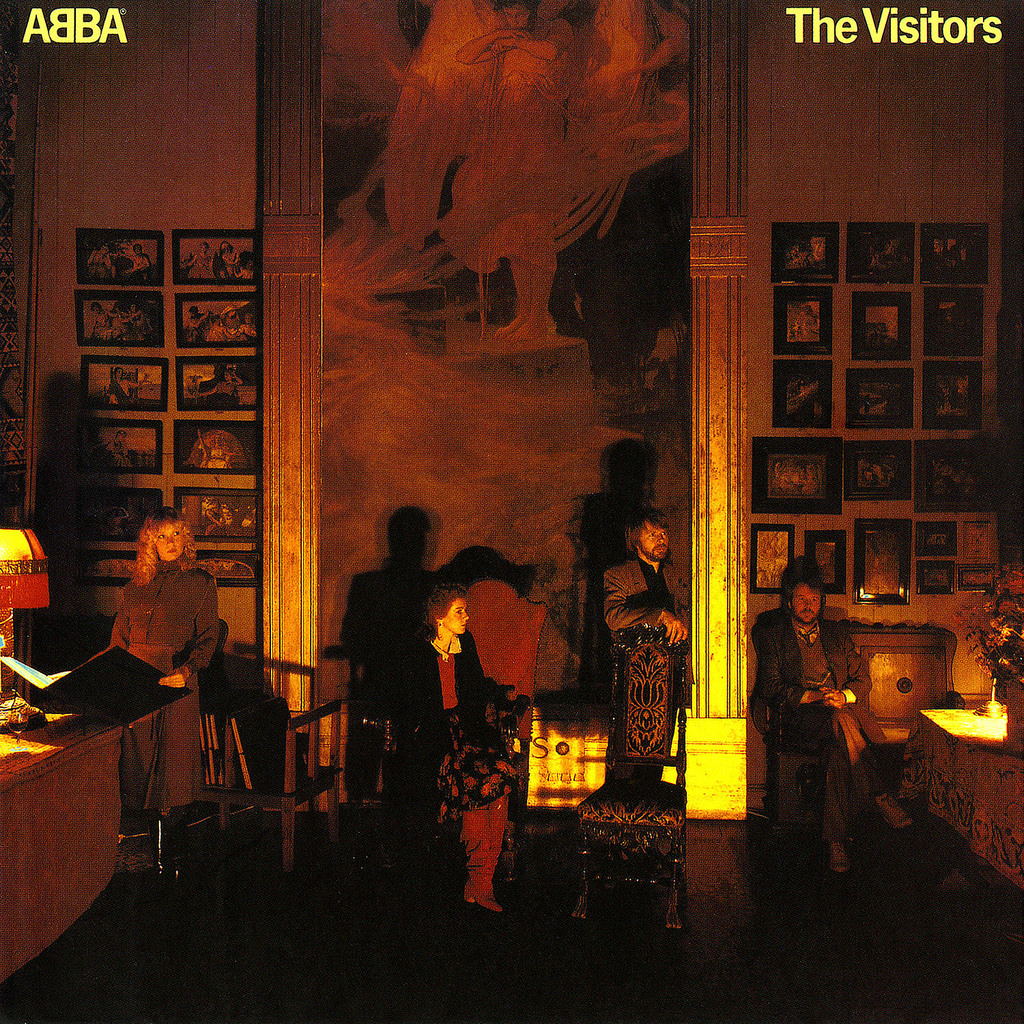 The ABBA Album. Part of the Visitors backstory is familiar to many fans. The title comes from The Visitors, the last album (1981) by the Swedish pop group ABBA. It was made while the quartet was breaking up—Americans might be more familiar with the Beatles' Abbey Road or Let It Be as a comparative. Kjartansson had recently broken up with his wife when The Visitors was made. 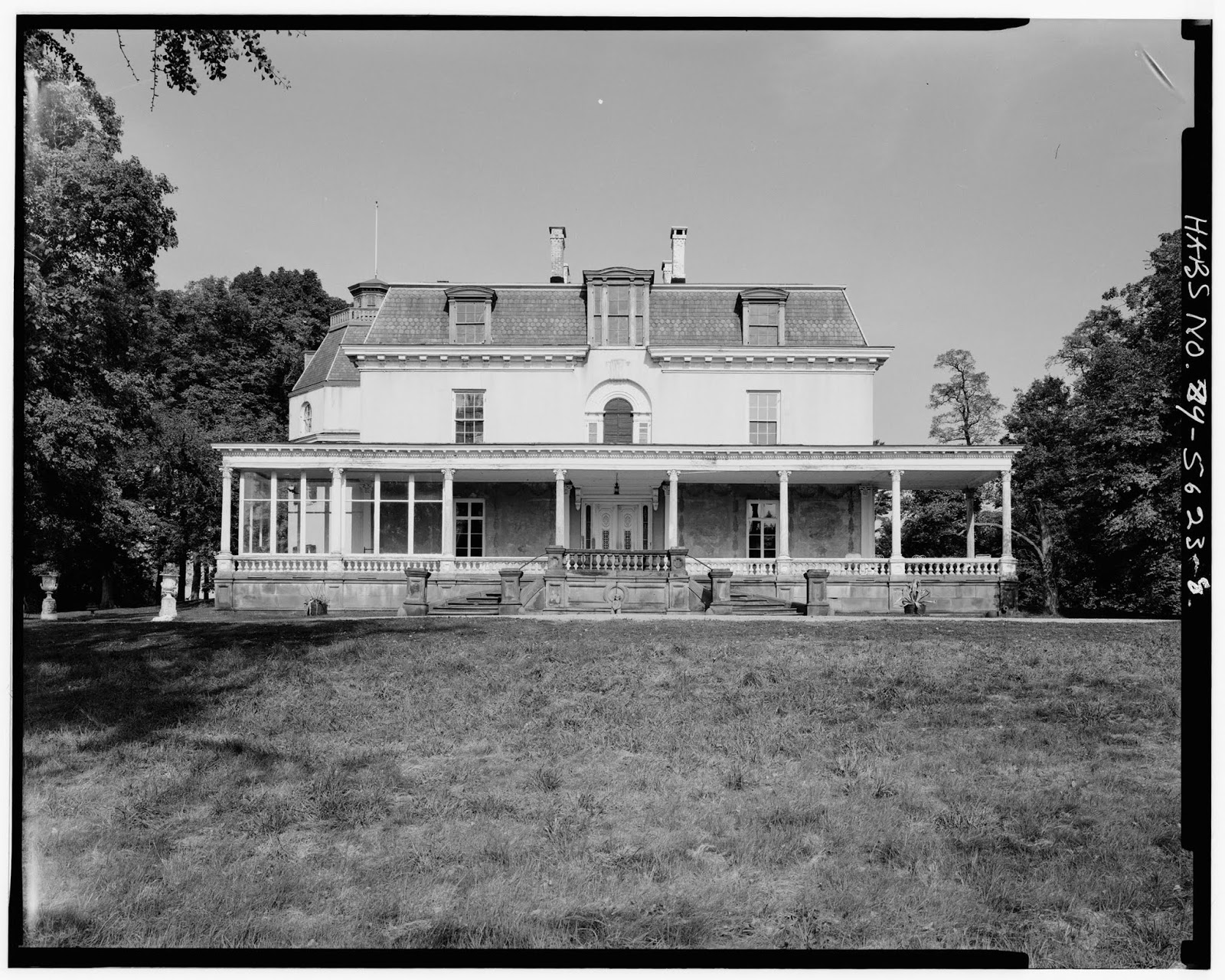 The House. The Visitors' grand home is Rokeby, in Barrytown, New York, an hour north of Manhattan. The main house dates from 1811. Seven years later the owner married into the wealthy Astor family. The name "Rokeby" was taken from a poem by Sir Walter Scott. Over the years the home was augmented by Alexander Jackson Davis, Stanford White, and McKim Mead & White. The Olmstead Brothers improved the gardens and apple orchard.

When John and Margaret Armstrong died of pneumonia in 1843, they left directions that their ten orphaned children be raised at Rokeby. Successive generations of heirs inherited shares of the property. It has become a refuge of land-poor bohemians, many of them artists, writers, or performers. There's an organic farm called Shoving Leopard (spoonerism of "Loving Shepherd"). The property is rented out to fellow artists—or to weddings, whatever.

In 2010 the New York Times did an article on Rokeby and its curious inhabitants. Polish-born artist Ania Aldrich, wife of heir Richard Aldrich, told the Times: “I still think they [the family] think there is a servant hiding somewhere. They are hoping if they wait long enough the servant will appear.”

Another family member, Alexandra Mizhari, said: "People would think we were rich. They didn’t understand why I lived in the third-floor attic room stuffed with old furniture and broken chairs.” 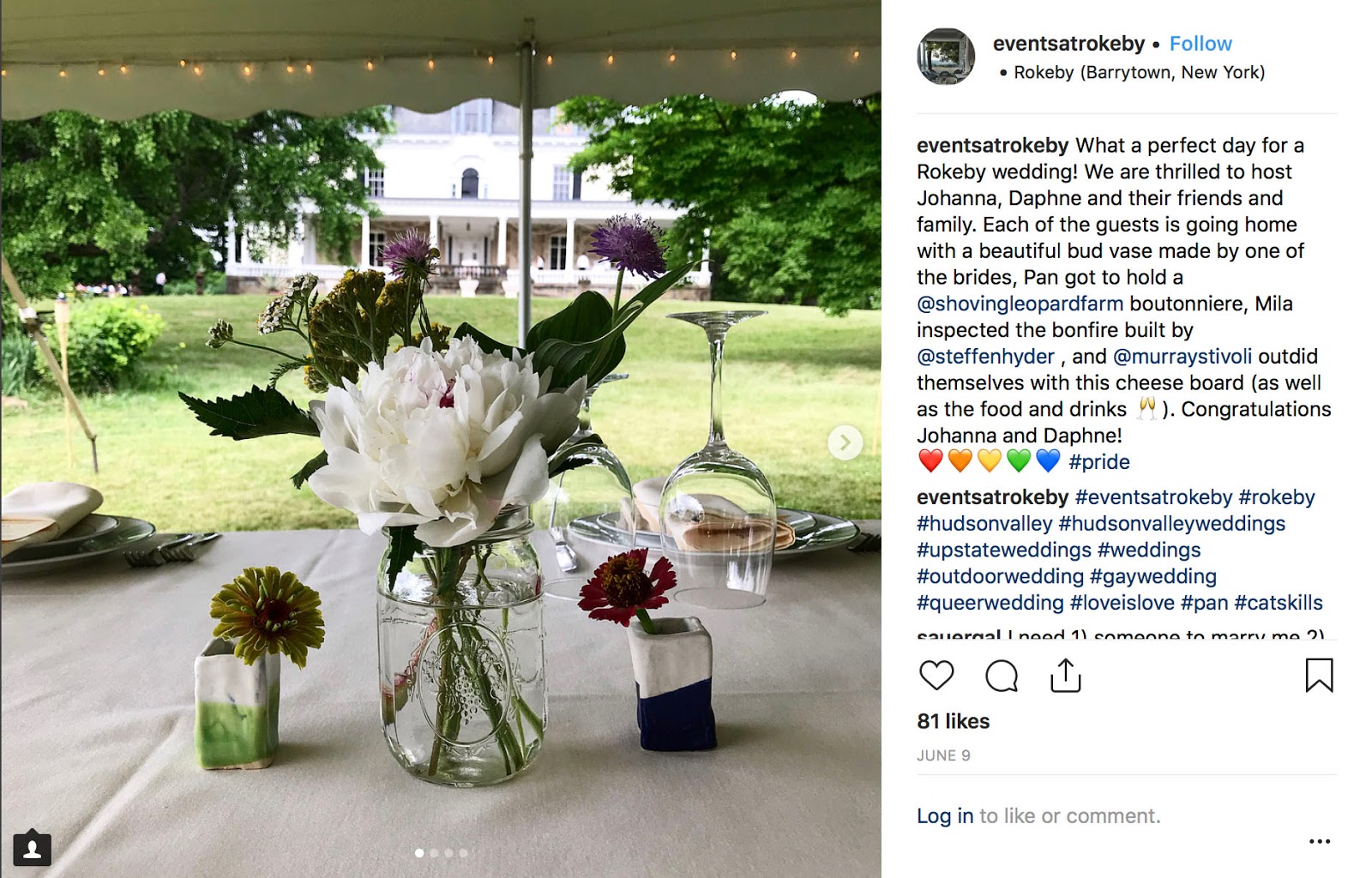 The Visitors has spiked Internet searches for Rokeby. It's not open to the public, though the property can be rented for destination weddings.
"Blossoming Trees." Kjartansson first visited Rokeby in 2007. In his Blossoming Trees Performance (2008), he briefly enacted the role of a Hudson River School painter, producing seven paintings of no particular distinction. The performance was documented by photographs and by Kjartansson's caption:

“Took the train to rokeby farm, upstate new york on the 20th of june. Stayed there for two days painting the trees. The sun was fierce on the first day, on the second there was rain, thunder and quite exquisite light. Did seven canvases and enjoyed myself in the 19th-century mansion. Smoked cigars, drank beer and read lolita. Returned back to new york city on the 22nd.”

A "Feminine Nihilistic Gospel Song." That's Kjartansson's descriptions of The Visitors. In August 2012 Kjartansson returned to Rokeby. This time he played at being a musician, accompanied by seven more accomplished friends, mostly Icelandic indie musicians. The Visitors is a continuously playing installation that starts with nine dark screens in a dark gallery. The screens are progressively switched on to reveal camera feeds of different areas of Rokeby. Musicians begin tuning their instruments. They perform a slow, repetitive song, swelling at times. It's not an ABBA cover; it's "Feminine Ways," a poem by Kjartansson's ex-wife, Ásdís Sif Gunnarsdóttir.

…Once again I fall into
My feminine ways
There are stars exploding
And there is nothing you can do
One screen shows Kjartansson himself, playing a beat-up- electric guitar in a bathtub. Davíð Þór Jónsson, who supplied the music, plays the piano. A ninth screen shows an assortment of people on a porch. This includes cameos of many of the home's usual residents.

Towards the end the musicians leave their posts. They congregate and move outside, walking down into a misty river landscape.

Numerology. "It's so much harder to be a waiter than to sing opera for 12 hours," said Kjartansson. "Chris Burden and Marina Abramovic gave performance this Houdini status. I don’t feel that. It's easier than real life."

Albert Mobilio finds The Visitors to be part of a lineage that include Gregorian chants, Gertrude Stein, John Cage, and Christian Marclay. Ultimately The Visitors is about the unexpected power of repetition.

John Cage said: "If something is boring after two minutes, try it for four. If still boring, then eight. Then sixteen. Then thirty-two. Eventually one discovers that it is not boring at all."