A Géricault Bull and a Magic Mountain 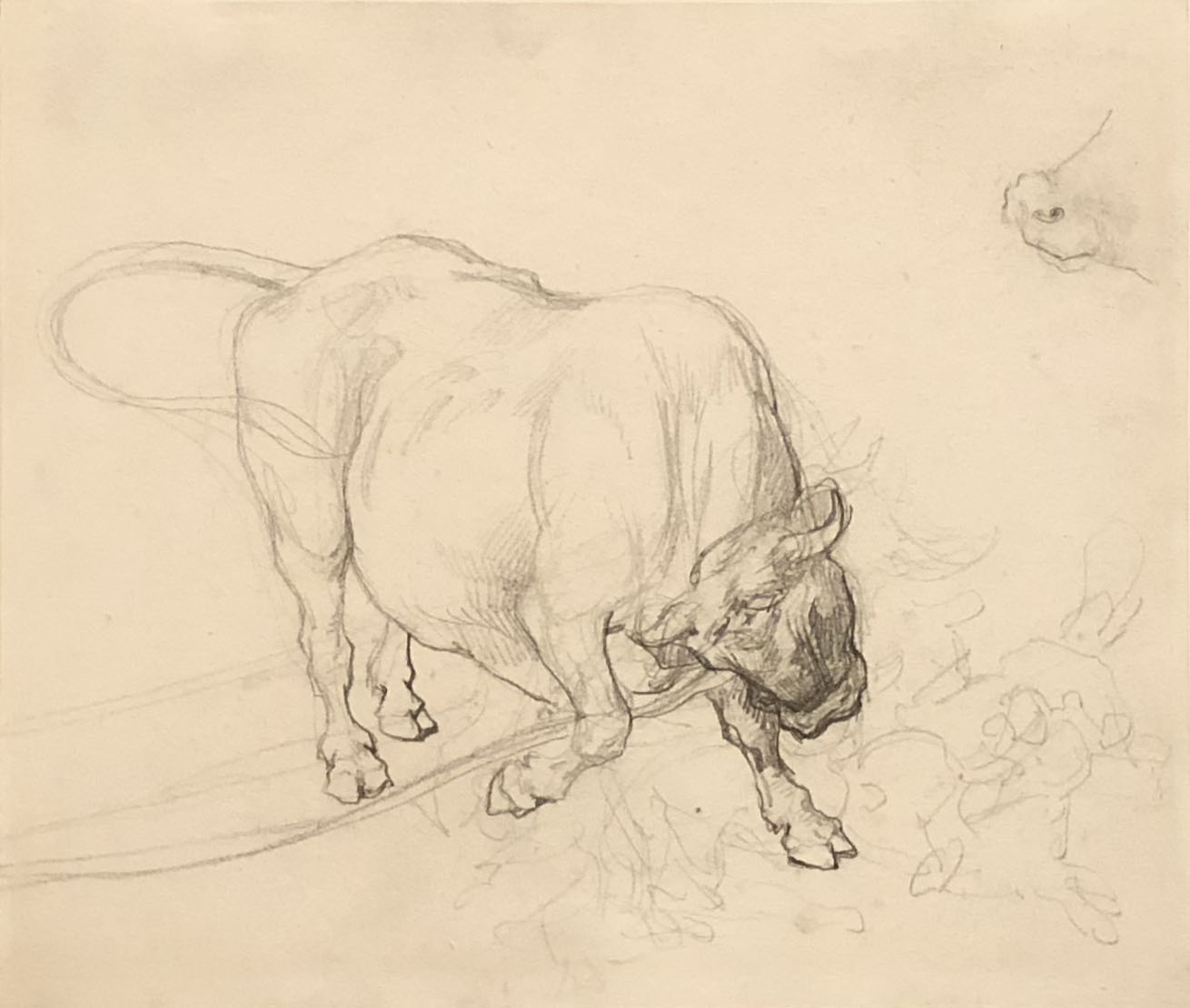 The UCLA Hammer Museum is showing Théodore Géricault's Study of a Bull (c. 1817), a gift of Dean Valentine and Amy Adelson. It's preparatory to the painting of a Cattle Market in Harvard's Fogg Museum. To the right of the bull's head is a faint indication of the dog that appears in the painting.

Study of a Bull is in the Armand Hammer collection gallery,  along with never-displayed drawings by Pissarro, Caillebotte, Bonnard, Picasso and Arshile Gorky. Most are from the collection of Eunice and Hal David.

Meanwhile the Getty Museum has purchased two additional drawings from the same collector (apparently Luca Padulli) who sold the stellar group 16 drawings and one painting acquired last year. The new works, Jacopo Ligozzi's Allegory of Gluttony (1590) and Giovanni Segantini's study for La Vita (1897), were shown earlier this year. At that point the Segantini, a five-foot-wide finished pastel study for one panel of the Alpine Tryptych, was identified as a loan.

In his time Segantini was considered a peer of Gauguin and van Gogh, achieving the success that eluded them. Today he is little-known in the U.S. One American who took notice was Marsden Hartley, who called Segantini "the only artist who has ever put a mountain spirit on canvas." 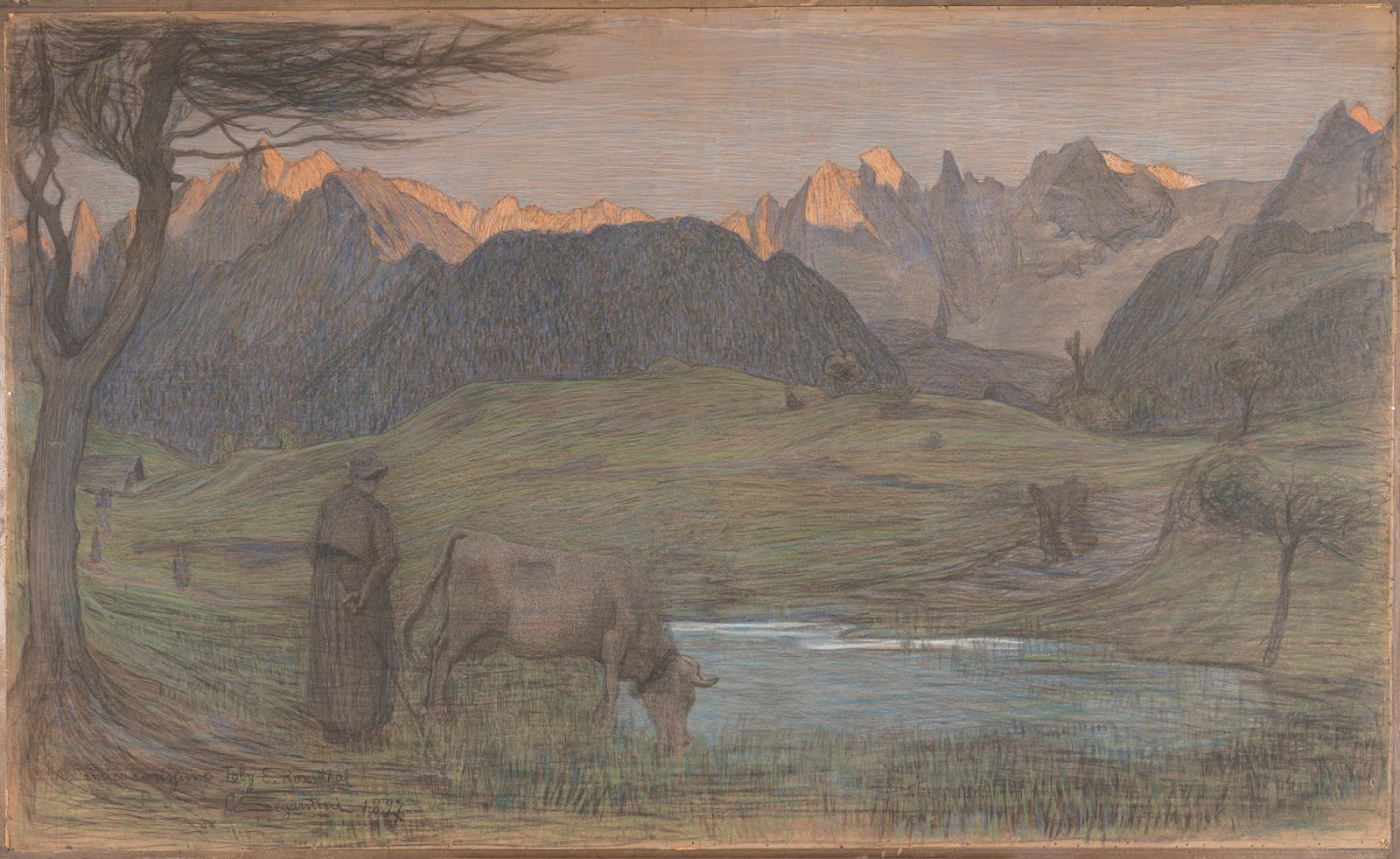